Most people who apply for health coverage in the new online marketplaces required by the federal health law will be able to learn almost instantly if they qualify for Medicaid or premium subsidies, Medicaid chief Cindy Mann said Friday. 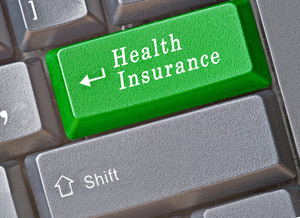 Mann said currently most people who apply for Medicaid must wait days or weeks until states determine their eligibility.

The Centers for Medicare and Medicaid Services Friday released final rules for how the Medicaid program will work with the marketplaces, also called insurance exchanges, which are expected to be operational in 2014.

Proposed rules issued in August called for the state exchanges to determine eligibility for federal premium subsidies or Medicaid. But to give states more flexibility, the agency has decided to give them the option of having exchanges make an initial determination of eligibility for Medicaid while allowing state Medicaid agencies to make the final decision.

“We are creating a single seamless path to affordable coverage,” Mann said in a press briefing.

The final rule will require exchanges and state Medicaid agencies to use state and federal databases such as those kept by the Internal Revenue Service and Social Security to help verify applicants’ income levels and other information needed to establish eligibility.