New York’s announcement this week that insurance premiums would drop 50 percent next year for individuals buying their own coverage in new online marketplaces made good talking points for proponents of the health law, but consumers in most states are unlikely to see similar savings.

That’s because only a handful have New York’s rules, which like the federal law bar insurers from rejecting people with health problems. Unlike the federal law, however, New York does not require consumers to purchase coverage, so over time, mainly older, sicker people, have purchased coverage. That drove up prices and discouraged younger, healthier people from buying policies, as did a requirement that insurers charge the same rates regardless of age or health status. 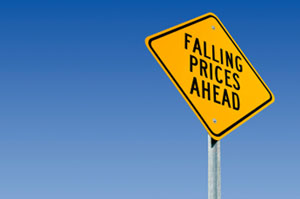 As a result, premium prices listed for individuals often top $1,000 a month for some New Yorkers buying their own coverage, making the state’s rates among most expensive in the nation.

“New York with such extreme rules sets the stage for a larger drop in rates than you’d expect to see in many other states,” said Paul Ginsburg, president of the Center for Studying Health System Change, a nonpartisan think tank in Washington D.C.  “It’s clearly in the minority.”

A handful of other states, including New Jersey, Maine, Massachusetts and Vermont, have similar rules barring insurers from rejecting applicants with health conditions when selling coverage directly to individuals. Only Massachusetts currently requires the flip side of that equation: that consumers also purchase coverage or face a fine.

But starting Jan. 1, the federal health law will require nearly everyone to carry insurance, with the aim of expanding the markets to include the young and healthy, who can be charged less than older people. At the same time, subsidies become available to help people earning up to about $44,680, helping offset the costs of those premiums. Those changes could moderate costs not just in New York, but in those other states that currently require insurers to sell to all comers — if it works to bring more young and healthy people into the market, according to the Society of Actuaries and other experts.

In New Jersey, benefit firm Milliman projects up to a 25 percent reduction in premiums for some consumers who buy their own insurance as a result of the health law, for similar reasons. Individual coverage costs about 60 percent more in that state than the national average. New Jersey officials have not yet disclosed proposed or final premium prices for the new online market.

In Vermont, the actuary group predicted a more substantial drop, but when the state released its proposed premium rates for next year, the rates were largely unchanged.

Vermont, however, is a small rural state with only two insurers offering to sell policies in the marketplace; only about 9 percent of the state’s residents lack insurance, compared with a 16 percent average nationwide.

That contrasts with New York where 17 insurers have been approved to sell coverage and fewer than 26,500 people out of 2.6 million uninsured buy their own coverage currently, according to state data analyzed by the United Hospital Fund.

Another factor contributing to lower-than-expected premiums in some places is how the policies are structured. Many insurers nationally are creating smaller networks of doctors and hospitals, or limiting the range of prescription drugs they will cover as a way to lower premiums, said Dan Mendelson, CEO of Avalere Health, a private research firm in Washington, which recently released a study showing that premium prices may be lower than expected in some states.

President Barack Obama mentioned New York’s lower rates during a speech touting the benefits of the health law on Thursday, saying “the progress we’re seeing in California and Washington and Oregon and now New York – that’s progress that we want to see across the country.”

He was seeking to rebut Republican criticism of the health law, and the largely symbolic vote by the GOP-led House of Representatives to postpone the requirement that everyone buy insurance. The so-called individual mandate is at the heart of the law and without it the exchanges could lose the business of the younger and healthier people needed to balance out the higher costs of older, sicker people.

The administration released its own analysis showing that individual premiums in the online marketplaces will be 10 to 18 percent less than projected next year, based on an average of rates in 10 states and the District of Columbia. While the rates insurers will charge in most states won’t be known until closer to the time enrollment begins, Oct. 1, the administration was able to analyze proposed and final premium prices from California, Colorado, New Mexico, New York, Ohio, Oregon, Rhode Island, Vermont, Virginia, Washington and D.C.

Although the administration said the figures show the health law is working, the premiums cited may not reflect what individual consumers will actually pay next year since the numbers are averaged within and across states. As a result, some consumers in those states are likely to pay more than they do now, while others will see savings.

“The impact of the ACA will vary considerably depending on a person’s age, gender, health status, and where they live,” said Robert Zirkelbach, spokesman for the America’s Health Insurance Plans. “Simply looking at averages doesn’t tell you what these reforms are going to mean for a particular person in a particular state.”

Consumers In Most States Unlikely To See N.Y.’s 50 Percent Reduction In Premiums In Individual Market