Things are looking good for medical schools this year, with a record number of students in the 2012 class and the most diverse cohort yet. But a government freeze on residency training positions may stop that momentum in its tracks.

With the nation facing a projected shortage of as many as 90,000 doctors in the next decade, the past year’s 1.5 percent spike in medical students is a hopeful indicator, according to a report released by the Association of American Medical Colleges Tuesday. 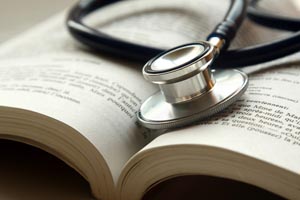 The current class of 19,517 students — a number that has increased almost every year over the past 10 years — is comprised of more Asian, black and Latino students than at any point in the previous decade. This mirrors  the increasing diversity in the medical field.

But while medicine continues to be a popular career choice, students will face difficulties in continuing their training because of a limited number of residency slots, said Dr. Darrell G. Kirch, AAMC president and CEO. The Balanced Budget Act in 1997 imposed these caps in order to limit Medicare spending, which finances most of the positions. Without an adequate number of residency slots, Kirch added, the burgeoning number of medical school graduates wouldn’t be able to complete their education and join the workforce.

“They are finding it more challenging to get the position they want, in the geographic area they want to practice,” he said in a conference call on Tuesday afternoon.

Regardless of the challenges, Kirch is optmistic about outlook for these physicians in training. Although some current practicing physicians create a sense of gloom by resisting reimbursement reforms and new ways of practicing medicine, he says the new applicants understand that integrated care, rather than private practice, is necessary for the system’s financial stability.

“We can’t do that if we’re fragmented,” he said. “The next generation – they’re ready for this.”

Next Generation Of Doctors Will Face Training Challenges