Carol Steckel sides with the governors who have decided not to expand Medicaid. Newly appointed head of North Carolina’s Medicaid program, she will oversee a top-to-bottom internal overhaul. Shortly after Steckel took the job, the state’s new Republican governor, Pat McCrory, declared the Medicaid program “broken and not ready to expand.” 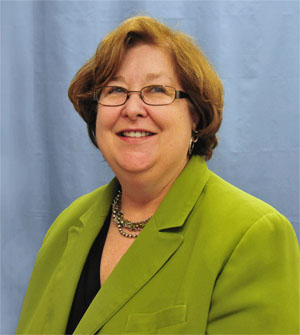 A recent state audit showed the state’s $13 billion Medicaid program spent more on administrative costs than nine other states with similarly sized programs. Expected next is an internal review of North Carolina’s vaunted medical homes program, which reportedly saved the state $1 billion in Medicaid costs over the last decade.

North Carolina is Steckel’s third state post overseeing federal health programs. She was chief of federal health law implementation for Louisiana, where GOP Governor Bobby Jindal is among the nation’s most vocal critics of the law.

Before Louisiana, Steckel, an Alabama native, led that state’s Medicaid program from 1988-1992 and again from 2003-2010. At the national level, she was instrumental in creating the first independent organization of Medicaid directors in 2009. She was a major contributor to a seminal report by the Republican Governors Association in 2011 that outlined the party’s guiding principles for revamping Medicaid.

Stateline interviewed her at her office in Raleigh.

What was your greatest challenge in your first job in Alabama?

I was in D.C. when the governor called and asked if I wanted to come home and be Medicaid director. I will never forget this because I was 29 years old. I was the deputy director of the office of pre-paid health care, and I was thinking about keeping that position and maybe going to law school. I had my life all planned out.

I’ll have to admit that going back home was always intriguing but what really got me was the $75,000 salary and the fact that it would be a cabinet position. I would be one of two women cabinet officers. And then I thought how hard could it possibly be to run Medicaid. A week later, I’m in Alabama trying to run Medicaid, and I don’t have a clue what I’m doing.

One of the first decisions I had to make was a liver transplant for a child who would have had a 20 percent chance of living even if everything went perfectly – $500,000. Do we do it or not? I went home and pulled the covers over my head. What did I do?  I approved it. How do you tell a mother, “No”?

What that taught me from that day to this day is that Medicaid is about trying to allocate resources in the most appropriate way. The bottom line is that you have somebody’s life in your decision tree and you cannot ever forget that. Still, you get into positions where you have to say “No,” and that is part of the process. There is not an endless amount of money.

The other thing is: How exciting is it to have a job that you know every single day you are making a difference in somebody’s life?

Did the child live?

I don’t know. I was too chicken to ask.

What were you able to accomplish in Louisiana?

I started my job there (in 2011) working with Governor Jindal and (Secretary of Health) Bruce Greenstein as the director of health care reform. And it became pretty clear very quickly that we weren’t going to do the (health insurance) exchanges, and we weren’t going to do the Medicaid expansion.  But I still oversaw the group that looked at health care reform mandated outside of those areas.

We decided we would do a little pivot. One of the things I took on was the IT department. I started working on ways to better gather and use data to calculate the return on investment of the state’s health programs. When you decide whether to continue a program, we needed to ask: “Is it making a difference? Is it effective?”  If not, let’s move on to something else.  I also supervised the innovation side. If someone in public health wanted to try a new idea, we tested it.

Do you see the Medicaid director’s job changing under the Affordable Care Act?

I’ll speak from the southern perspective. The job is changing, but it started before health care reform.  Up until the late 1990s, Medicaid was a claims processor. We paid claims, and we did it very, very well. But that is all we did.

Now Medicaid is so much more than a claims processor. The skill sets that are needed now are very different than what you needed 20 years ago. Who knew that Medicaid would become a power in designing a system of care instead of just paying claims? The whole move away from fee-for-service has changed everything.

We’ve got an actuarial team here. In Alabama, I didn’t have a single actuary. Not one. So, over the evolution, you’ll see that happening more. The whole idea of calculating a return on investment on what you’re spending your money on. That was unheard of 20 years ago. Now we can routinely do it and say okay, what we’re doing isn’t giving us what we want for our money so let’s fix it quickly.

The idea of managing care, whether its commercial managed care or community-based managed care, didn’t exist in the past. Now, instead of throwing someone out and saying you find your health care providers and we’ll pay them, we’re asking how can we get beneficiaries into the system early. How do we take care of them early? And how do we avoid the catastrophic chronic illnesses that we’re all having to deal with or mitigate the diseases if they are already there.

That is a whole different mindset.

Is the door open in North Carolina for a Medicaid expansion later on?

Someone said our message should be not that we’re not expanding but that we need to take time to improve the quality of services to the 1.5 million people we currently serve. I stole her idea.

We’ve got to clean up internally. We’ve got to design a program that’s as efficient and tight as it can be while providing high quality services at the right place, at the right time and for the right people. Then, maybe. First the federal government needs to get their act together. They have to better understand what they’re doing.  Who is a newly eligible? Who’s not a newly eligible? What are the essential benefits? All that is too uncertain right now.

If North Carolina fails to expand Medicaid, the state will miss out on federal money that could be used to help hundreds of thousands of uninsured residents get health care and presumably get healthier.

If I gave 700,000 people who don’t have health care coverage a Medicaid card in North Carolina, do you really think they would get healthier?  There simply are not enough providers. Again, that goes back to shoring up the program we have. I would be surprised if any Medicaid director in this country told you that if they gave a Medicaid card to the people that are in that expansion that, in fact, they would get good quality health care and access to the primary care doctors they need.

Do you think you can cure what ails your Medicaid program in one year or two?

Probably not. But there are other alternatives besides the emergency room that low income people can go to without a Medicaid card. They’re called federally qualified health centers.  They’re called rural health centers and they have billions of dollars that are put into their systems to do a sliding-scale fee schedule, and they are primary care focused.

More outreach is needed. People need to be talking about it. Right now, all they’re talking about is Medicaid or emergency rooms like there’s nothing in between.  Well there is this whole system in between. That doesn’t even include free clinics that are out there and state health departments.

That gets back to the frustration over the one-size-fits-all approach of (federal) health care reform. They (Congress) didn’t seem to recognize or build on the systems that were there. It was a matter of  “we’re going to have Medicaid be the largest part of health care reform.” Remember, it was only the Supreme Court that said, “Gosh, it’s got to be optional.”

What’s the next step for North Carolina?

To be responsible we’ve got to include everybody and look at everything in a new light. We want bold proposals. It’s not a matter of playing around the edges anymore. Let’s come up with what we think is right, what is cost-effective and will provide good quality care for our citizens. And then we’ll go to (the federal government) and worry about the rest of the stuff.

It’s not something that’s going to happen overnight. But we will pursue it quickly and aggressively. It’s not that (North Carolina’s medical homes organization, Community Care of North Carolina) isn’t doing a good job, but that we need it to do a better job. They would be the first to agree. They did what they did through physicians. Now we need to add the hospitals. We need to add the pharmacies. We need to add mental health. Once you blend all of that, then it’s an even better program than we have now. We’re calling it “the neighborhood.”