Skip to content
This story also ran on Charlotte Observer. This story can be republished for free (details).

Cartel is a term frequently associated with illegal narcotics syndicates. In North Carolina, it has become the favored word of State Treasurer Dale Folwell to describe the state’s hospital industry, the antagonist in his quest to lower health care prices for state employees.

The treasurer manages the state employees’ health plan, which insures about 727,000 teachers, police officers, current and retired state workers and dependents. Folwell, a Republican, has tried to persuade hospitals to accept lower payments, but he has struggled to discover the existing rates the plan pays each hospital.

“These organizations’ business model is secrecy,” Folwell said, “from the billing all the way up to the way these hospitals’ organizations receive their tax-exempt status.” 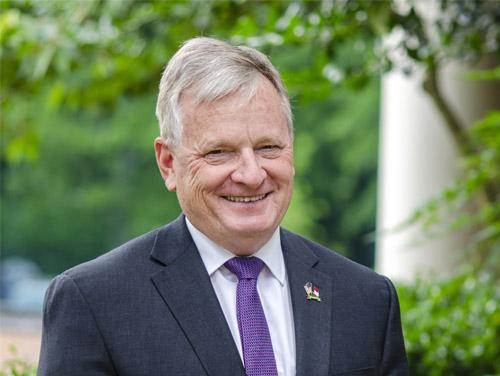 Dale Folwell, a Republican, has tried to persuade hospitals to accept lower payments, but he has struggled to discover the existing rates the plan pays each hospital.(Folwell Campaign)

Now, as Folwell, 62, seeks a second four-year term, the state’s hospitals are coming after him.

The North Carolina Healthcare Association, the hospital trade group, has endorsed Folwell’s Democratic challenger. It is a rare instance of a health care lobby seeking to topple an incumbent. Over 26 years, North Carolina’s hospital association donated $2.1 million to sitting officeholders but bestowed just $29,700 to challengers, according to a tally from the National Institute on Money in Politics, a Montana-based nonprofit. All donations made this year will not be fully disclosed until after the election.

In many states, hospital associations are political powerhouses, with stables of lobbyists and the influence that comes with often being the largest employer in many legislative districts. In the previous election cycle of 2018, the hospital industry across the country donated $71 million to local and state candidates, political parties and ballot initiatives, according to the Money in Politics data. That amounted to a fifth of all spending by the health care industry and nearly three times that spent by pharmaceuticals and health products companies.

“The hospitals have very strong political clout in North Carolina, and increasingly so as they get bigger,” said Aaron McKethan, a resident scholar at the Margolis Center for Health Policy at Duke University’s Fuqua School of Business. “They are huge sources of employment. If anything, COVID has reinforced and strengthened them — the job of wagging your finger at hospitals over their prices has gotten harder.”

Nationally, hospitals account for a third of health care spending. The prices hospitals charge private insurers including the state health plan are driving much of the increase in health care premiums. In North Carolina, hospital inpatient prices for private insurers rose by 10% from 2014 to 2018, according to the Health Care Cost Institute.

Folwell’s critics complain that, despite his verbal provocations about hospital power, his efforts to transform health care pricing have mostly fizzled. They also lament that he has made no effort to try to persuade the legislature to expand Medicaid, which would help shore up hospital finances.

“The treasurer has, for some reason, insisted on taking a ‘my way or the highway’ approach, rather than engage in honest conversations and negotiations,” Cynthia Charles, the hospital association’s spokesperson, said in an email. “As we have repeatedly said, we are willing to work together to redesign the plan in a manner to advance goals for cost reductions, price transparency and provider inclusion.” 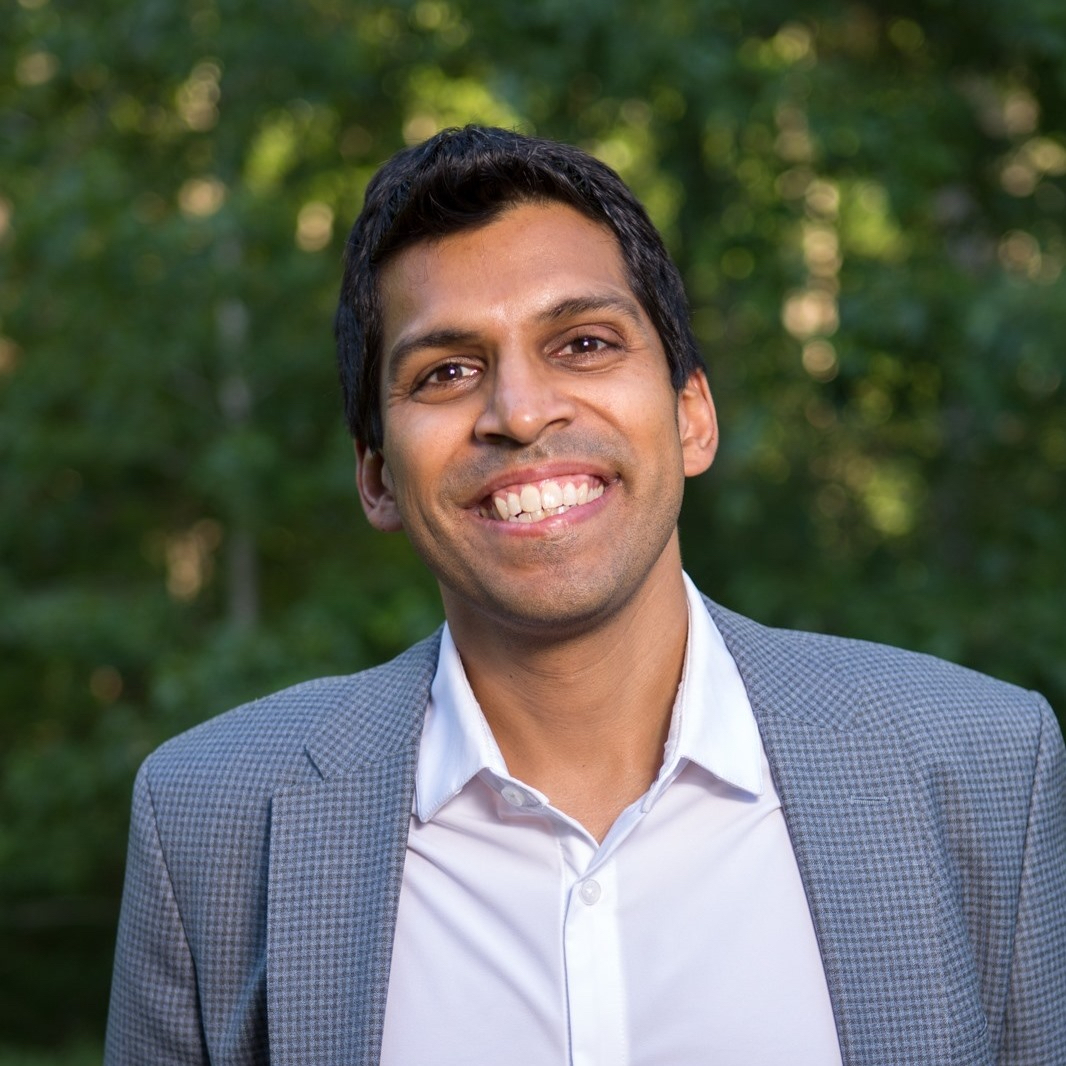 Folwell’s Democratic challenger, Ronnie Chatterji, and the hospital industry insist a better way to bring health costs under control would be to tie payments to the quality of care.(Ronnie for NC)

Folwell’s Democratic challenger, Ronnie Chatterji, and the hospital industry insist a better way to bring health costs under control would be to tie payments to the quality of care, an approach Blue Cross and Blue Shield of North Carolina has begun experimenting with. With blunt cuts, “you’re just going to put people’s health care access in jeopardy,” said Chatterji, an economist at the Fuqua School who served on former President Barack Obama’s Council of Economic Advisers.

The bad blood between Folwell and North Carolina hospitals primarily traces back to 2018, when the treasurer told hospitals, doctors and other medical providers that to avoid having to ask the legislature for more money or raise employee contributions, he wanted to reduce by $300 million the amount the $3.3 billion health plan paid medical providers each year.

Folwell proposed to base prices on Medicare rates, an approach known as reference pricing. His plan offered to pay most hospitals 175% of what Medicare reimbursed them for inpatient services and 225% for outpatient services, on average. Rural hospitals, which tend to be in worse financial shape, would have received more, but their rates would also have been pegged to Medicare.

In its newsletter, the hospital association told its members that it tried to negotiate with the treasurer but that “Folwell has responded with disinterest and hostility towards these overtures and is instead engaging in a public campaign to malign hospitals.”

The hospitals warned customers that if no agreement could be reached with the state plan, the hospitals would be classified as out-of-network providers and state employees would end up having to pay far more for their services.

Those arguments about financial penury obscured the fact that North Carolina’s major hospital systems run huge surpluses in most years. Financial disclosure documents show that Atrium, which owns 36 hospitals in the state, ended 2019 with a $370 million surplus, a 6% margin. Novant, which owns 12 hospitals in North Carolina, that year earned $155 million, a 3% margin.

UNC Health, which amassed $271 million — a 6.4% margin — in its 2019 fiscal year, said in a statement that the treasurer’s plan would have cost it $47 million in its 2020 fiscal year and “jeopardized the financial viability of some of our rural hospitals.”

“We’re overpaying for no reason but to build multimillion reserves for these hospital corporations,” said Ardis Watkins, executive director of the State Employees Association of North Carolina.

Ultimately, the hospitals maintained a solid wall of opposition. Only three of North Carolina’s 108 hospitals signed on to the treasurer’s plan.

Duke’s McKethan said it was “predictable” that the hospitals would refuse to give up the negotiating advantages they held. “On the diagnosis of the problem — we’ve got these opaque prices that vary — he’s on solid ground,” he said about Folwell. “But when a good idea runs into the disadvantageous structure of the health care market, it doesn’t go anywhere.”

Apart from hospitals, the treasurer had some success in persuading about 25,000 of the state’s 60,000 doctors, therapists and other medical providers to accept the new payment system, which he named the Clear Pricing Project. Dr. Dale Owen, CEO of Tryon Medical Partners, a large independent physicians’ group based in Charlotte, said his group’s reimbursements will come out about the same under the plan.

“Quite honestly, even if it had been a tiny loss, no big deal because it was the right thing to do for everybody,” said Owen, who formed his group with fellow physicians who seceded from Atrium. “What he’s doing is, he’s opening a sore and a problem that people have not been willing to deal with and pushed under the rug.”

The Clear Pricing Project has yet to demonstrate the ability to save the state money. In fact, the effort may be costing the state more because many of the providers that signed on — such as primary care doctors and behavioral health specialists — are getting higher reimbursements than they had been while those that would have lost money, like hospitals, have stayed away.

Asked why he thought the hospitals would volunteer to forgo higher payments, Folwell said he had hoped they would realize that their long-term survival is endangered by the unsustainable increase in health care costs.

“I thought they would want to be partnering with a solution instead of the same old way,” he said in an interview. “I don’t think they accept the notion that they’re going to be on the wrong side of history.”

The hospital industry has been taking steps to try to make Folwell and his proposal history. During his attempt to get hospitals to agree to the pricing plan, the industry’s allies in the legislature introduced a bill that would have blocked the state health plan from instituting any reference pricing plan through 2021. That effort ultimately died.

Folwell has continued to rankle the hospitals with his opposition to further concentration of hospital ownership. He has opposed the pending sale of a county-owned hospital based in Wilmington, which Novant is purchasing. That followed his 2018 attempt to challenge an ultimately unsuccessful merger of Atrium and UNC Health by requesting a $1 billion performance bond if the deal ultimately raised prices for the state health plan.

Last month, the hospital association gave Chatterji its endorsement with a clear swipe at Folwell. The association’s president, Steve Lawler, said in the statement that “it is apparent that Mr. Chatterji genuinely wants to collaborate.”