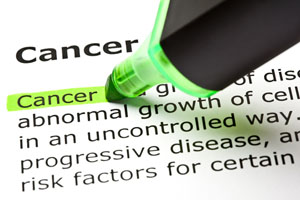 The good news is that the number of cancer survivors in the U.S. is expected to increase by about 30 percent during the next decade to nearly 18 million, according to a report published this morning by the American Cancer Society and the National Cancer Institute.

The bad news, however, is that people who have survived bouts with cancer in their teens and 20s are much more likely to experience chronic, long-term health problems — even decades after they go into remission. That’s according to a study by the federal Centers for Disease Control and Prevention released Monday.

“Cancer survivors will continue to need some degree of medical surveillance or services they wouldn’t need if they hadn’t been diagnosed with cancer,” said Elizabeth Ward, the researcher who authored the American Cancer Society study. “The growing size of this population will present a challenge to the health care system.”

The CDC researchers found that adults who were diagnosed with cancer in adolescence or young adulthood are twice as likely to be disabled, have chronic conditions, be diagnosed with asthma, and have poor mental and physical health. They’re also more likely to be smokers, to be obese, have high blood pressure, and to forgo health care because of cost, according to the study.

“Health care providers need to be screening these people,” said Dr. Eric Tai, the lead author of the CDC study. “They’re definitely more at risk than the general population for many things.”

Of course, lifelong surveillance of a growing number of cancer survivors could place another burden on an already overburdened health care system — especially on primary care providers, who are responsible for treating patients after they finish receiving care from cancer specialists.

Paul Ginsburg, president of the Washington-based Center for Studying Health System Change, says these increases in health care costs are an unavoidable consequence of improvements in survival and longevity that have been made for a variety of diseases — cancer being just one of them.

“People live longer and then other diseases happen to them,” he said. “It’s one of those things where you actually have some cost reductions in the short term from the progress that you make as the treatment becomes more effective, but sometimes it leads to higher spending down the road.”

Number Of Cancer Survivors Growing, But So Are Their Health Problems