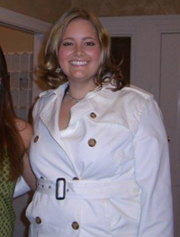 After her weight hit the obese range, her cholesterol level nudged the danger zone and her doctor urged her to lose weight, Melissa Moss, veteran of a decade of failed diets, decided she needed intensive help. She enrolled in the George Washington University Weight Management Program, which provided behavioral and nutrition counseling, a physician-supervised low-calorie liquid diet and group therapy.

Moss, who has lost 45 pounds since March, said the regimen, which cost about $800 per month, was “very helpful” because it focused on changing her unhealthy lifestyle.

But the 24-year-old District accountant, who earns $15 an hour, has a new problem: more than $4,000 in credit card debt that she ran up paying for the program, which her insurer refused to cover. Had she been 30 pounds heavier, her plan might have paid for gastric bypass surgery to shrink her stomach, an operation that costs roughly $25,000 and is reserved for people with about 100 pounds to lose — a status Moss was desperately trying to avoid.

“Insurance companies say they want you to be healthy, but they won’t pay for treatment,” said Moss, who recently took a second job as a waitress to chip away at her debt. “It’s frustrating that they want you to be as sick and disabled as possible before they will help.” 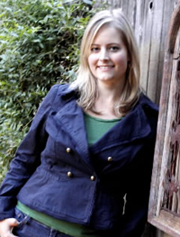 Her dilemma is shared by millions of Americans battling excess fat whose insurers refuse to pay for obesity treatments but cover its expensive consequences. “Insurers will cover sleep apnea and diabetes, but not the treatment that could have prevented sleep apnea and diabetes,” two conditions linked to obesity, said Jennifer S. Lee, an emergency room physician at GWU Hospital.

Only in recent years have a small number of insurers begun to include options for patients seeking to lose weight, as more treatments undergo scientific scrutiny. “Medical evidence drives coverage decisions,” said Robert Zirkelbach, a spokesman for America’s Health Insurance Plans, the industry trade association. Data about what works have “only emerged in the last few years. Obesity is definitely an evolving area, and there’s a lot more focus on it.”

Although obesity is a major public health problem — two-thirds of American adults are overweight or obese — “there’s relatively little coverage” for treatment of the condition, said Jeffrey Levi, executive director of Trust for America’s Health, a nonprofit Washington-based research group with expertise in obesity policy.

Lee and her colleagues reported in a recent study that many states allow insurers to charge obese patients higher premiums or deny coverage of the condition altogether. They also found that only a handful mandate coverage for any of the three evidence-based treatment methods: bariatric surgery, medications, and nutritional assessment and behavioral counseling, which are classified as lifestyle measures.

Many doctors, Lee observes, fail to even discuss weight with their patients. One-third of obese adults have never received advice about exercise from their doctors or been told they weigh too much, according to the federal Agency for Healthcare Research and Quality.

That may be about to change. Provisions of the new health-care overhaul law that take effect Thursday will require insurers to cover preventive services recommended by the U.S. Preventive Services Task Force, a group of experts that assesses the effectiveness of preventive care. Although obesity screening and intensive behavioral counseling by physicians will be covered without cost sharing, the frequency and duration of those sessions has not been established. Many plans won’t be affected immediately because their old coverage provisions will remain in place if the plans meet certain criteria.

Some public health advocates predict this inclusion will make it easier for consumers to access obesity treatment, although other coverage details of the new law won’t be known for months, and some provisions don’t kick in until 2014.

The law also contains public health initiatives aimed at changing behavior, such as the requirement that food sold by chain restaurants with 20 locations and vending machines bear nutrition labels with calorie counts.

But, experts caution, the legislation does not guarantee treatment or payment for gym memberships, special meals or therapy. An advisory board will make recommendations to the secretary of health and human services about payment for bariatric surgery and obesity drugs, which have demonstrated modest success but in some cases have raised concern about serious side effects; comparative effectiveness research will guide other coverage decisions.

“It’s more than what we’ve got now,” said Morgan Downey, a lawyer and former chief executive of the American Obesity Association, who closely tracks federal regulations as publisher of the Downey Obesity Report. “Globally, health reform has a number of opportunities to expand insurance coverage for obesity.” For decades, he said, “there’s been this nihilism about treating obesity, an assumption that nothing’s going to work.”

That pessimism and spotty coverage, some experts contend, reflect moralistic judgments, the paucity of effective lifestyle treatments, and concerns about the financial implications.

“I think the cost of offering treatment to this many people is a big part of it,” said weight-loss researcher Adam Gilden Tsai, an assistant professor of medicine at the University of Colorado in Denver.

“Obesity has been regarded not as a disease worth treating but as a character flaw,” said Walter Lindstrom, a California lawyer who represents severely obese patients seeking weight-loss operations.

While some insurers explicitly exclude bariatric surgery, Lindstrom said, a growing number are following Medicare’s example and covering it, after studies documented its safety and effectiveness. But such operations are suitable only for a small subset of patients who are classified as morbidly obese and for whom nothing else has worked.

Surgery may be the most drastic treatment, but it is also the most well-studied and arguably the most effective. Johns Hopkins researchers reported last month in the Archives of Surgery that nearly 85 percent of 2,235 adults who underwent gastric bypass between 2002 and 2005 were able to stop taking drugs for Type 2 diabetes two years after the operation. Previous studies have reported similar results for a variety of weight-related conditions, including high blood pressure.

Even relatively small reductions in weight can have big benefits. Tsai said that researchers typically define success as a 5 to 10 percent weight loss over a period of three to six months, maintained for at least a year. That amount, according to the Centers for Disease Control and Prevention, can improve blood pressure, blood sugar and cholesterol levels.

Spurred by research showing that lifestyle treatment can be beneficial, some insurers are ramping up coverage. UnitedHealth Group recently launched a program, available at no extra cost in some employer-sponsored plans, that will pay health coaches at YMCAs to work with patients at high risk of Type 2 diabetes by helping them lose moderate amounts of weight.

The program is modeled after the landmark Diabetes Prevention Program sponsored by the National Institutes of Health, which was replicated at YMCAs in Indianapolis. Researchers found that regular exercise and modest weight loss sharply reduced the risk of developing diabetes — more than medication did — a benefit that has persisted for more than a decade.

BlueCross BlueShield of North Carolina has expanded its Healthy Lifestyle Choices program, launched five years ago, to more than 1 million members. The program covers up to four visits with a physician that focus only on weight loss and a maximum of six visits with a nutritionist annually, as well as the use of obesity drugs, which the insurance company’s chief medical officer, Don Bradley, said are little-used, in part because of concerns about their side effects.

“We knew there wasn’t a lot shown to be effective [in 2005], but we knew we couldn’t do nothing,” said Bradley, after data revealed that overweight and obese members cost the plan 18 percent and 32 percent more, respectively, than their normal-weight counterparts. Of the 100,000 participants, 17 percent achieved a 5 percent weight loss and kept it off for at least six months, while 6 percent reached a normal weight. The average loss was about seven pounds.

“It’s really a matter of baby steps over time,” Bradley said. While the program hasn’t saved the plan money, “we are seeing moderating trends in overall costs.”

Physician Arthur Frank, founder and co-director of the GWU Weight Management Program, says the demand for proof that programs like his work is often used by insurers as a smokescreen to deny payment. “They can’t demonstrate efficacy in the treatment of Alzheimer’s disease or pancreatic cancer or even the common cold,” he said, “but insurance pays for those.”

Frank says the lack of insurance coverage is predicated on the view that nonsurgical treatment rarely works and that obesity is a matter of “personal misconduct,” not faulty neurochemistry.

“It can be done,” he said. “We view obesity as a disease that needs careful management, much like diabetes.”

He has not published results because his is not a “reproducible model,” Frank said, adding that 45 percent of about 200 GWU patients have come within 10 percent of their goal weight, although some of them remain obese. Case in point: a 300-pound woman who once needed a wheelchair but lost 110 pounds and can now walk.

Frank is skeptical much will change, because the new law fails to specify the treatments insurers must cover and focuses more on public health measures.

But Jeff Levi of Trust for America’s Health is more optimistic. He sees parallels to an earlier epidemic. “I think we are sort of at that cusp,” he said, where smoking was 30 years ago.