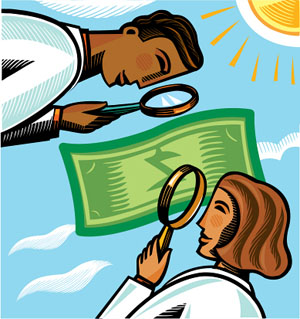 Instead, the higher Medicaid rates, which will be in effect for two years, are reserved for family doctors, internists and pediatricians, because those specialties are specifically listed in the 2010 law, the Centers for Medicare and Medicaid Services said. The OB/GYNs and ER doctors sought to be included after regulators released preliminary rules in May saying that internal medicine and pediatric sub-specialists, such as pediatric cardiologists, would be eligible for the higher pay when providing primary care.

The decision was included in the long-awaited final regulations to implement a provision in the Affordable Care Act that will pay primary care doctors the same rates when treating patients on Medicaid as they get when caring for seniors in the Medicare program.

While Medicaid doctors’ fees vary by state, they are generally far below those paid by Medicare and private plans. The change, which will cost $11 billion and be funded by the federal government, means a 64 percent average pay increase, according to an Urban Institute analysis of the rates in 2010.

Though the pay hike takes effect Jan. 1, it will likely be several months until many doctors see the higher reimbursements, because states have until March 31 to file paperwork with CMS to detail how they will pay out the money.

The Obama administration is hoping the higher fees will entice more doctors to treat Medicaid patients. But the limited duration of the pay raise has lowered expectations.

American Academy of Family Physicians President Jeffrey Cain said in a statement that the final rule bringing Medicaid payments up to par with Medicare for primary care “is a step in the right direction.”

But Cain added, “Unless Congress acts to permanently extend and fund this provision, a sudden return to disparate and inadequate payment for primary care services needed by Medicaid patients after only two years will again threaten to restrict their access to such needed services.”

States have done little to promote the higher pay until now, in the absence of final rules and due to the uncertainty about the health law’s fate after the presidential election.

The final regulation removed a requirement for states to verify that doctors are board certified in family medicine, internal medicine or pediatrics before making the bonus payments. Instead, doctors will only have to “self-attest” that they are in one of  the eligible specialties to get the higher pay.

The final regulation also clarified that nurse practitioners and physician assistants would be eligible for the higher Medicaid pay, but only when they are working under the supervision of a physician in one of the eligible specialties.