Medicare officials are considering changes in the hospice benefit to stop the federal government from paying twice for care given to dying patients. But patient advocates and hospice providers fear a new policy could make the often difficult decision to move into hospice care even tougher.

Patients are eligible for hospice care when doctors determine they have no more than six months to live. They agree to forgo curative treatment for their terminal illness and instead receive palliative or comfort care. However, they are also still allowed Medicare coverage for health problems not related to their terminal illness, including chronic health conditions, or for accidental injuries. 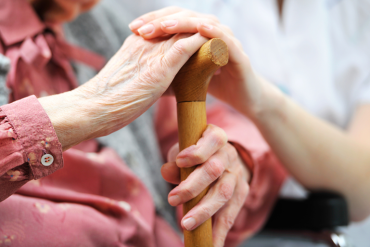 Medicare pays a set amount to the hospice provider for all treatment and services related to the terminal illness, including doctor’s visits, nursing home stays, hospitalization, medical equipment and drugs.  If a patient needs treatment that hospice doesn’t provide because it is not related to the terminal illness — or the patient seeks care outside of hospice — Medicare pays the non-hospice providers. The problem is that sometimes Medicare pays for care outside the hospice benefit that it already paid hospice to cover.

To reduce the chances of these duplicative payments, Medicare officials have announced that they are examining whether to assume “virtually all” the care hospice patients receive should be covered under the hospice benefit.

Medicare has been paying millions of dollars in recent years to non-hospice providers for care for terminally ill patients under hospice care, according to government reports.

The Medicare Payment Advisory Commission (MedPAC), an independent organization that advised Congress, found that in 2012, Medicare paid $1 billion to hospitals, nursing homes, therapists and other providers for services for hospice patients unrelated to their terminal illness.

Hospice is growing rapidly among older Americans. Of those Medicare beneficiaries who died in 2013, nearly half used hospice, double the rate in 2000, MedPAC also found. Over the same time period, Medicare spending for hospice services grew five-fold, to $15 billion.

Medicare officials initially mentioned last year that they were exploring possible changes. Concerns about duplicative payments “strongly suggests that hospice services are being ‘unbundled,’ negating the hospice philosophy of comprehensive, holistic care and shifting the costs to other parts of Medicare, and creating additional cost-sharing burden to those vulnerable Medicare beneficiaries who are at end-of-life,” they wrote in regulations containing this year’s hospice payment rates and other program rules. Officials have not yet issued a formal proposal.

“There will always be exceptions for people who have terminal conditions and have other conditions that need to be attended to,” said Sean Cavanaugh, deputy administrator at the Centers for Medicare & Medicaid Services. “But the majority of their services would be provided through hospice.”

Seniors’ advocates are worried that putting all coverage under the hospice benefit will create obstacles for patients. Instead, Medicare should go after hospice providers who are shifting costs to other providers that Medicare expects hospice to cover, said Terry Berthelot, a senior attorney at the Center for Medicare Advocacy, who urged the government to protect hospice patients’ access to non-hospice care.

“The easiest thing for CMS to do is to say everything would be related to the terminal illness and then there would be no billing problems,” Berthelot said. But federal law, guarantees hospice patients Medicare coverage to control diabetes, blood pressure or other conditions not related to their terminal illness.

“If your blood sugar gets out of control, that could hasten your death,” she said. “But people shouldn’t be rushed off to die because they’ve elected the hospice benefit.”

Cavanaugh said the government is not trying to restrict drugs or other Medicare benefits for hospice patients.

“It’s more about getting the payment right,” he said. “The question is how to clearly circumscribe the benefit, to define what’s in the hospice benefit and what is not.”

That’s not always easy to figure out.

If a cancer patient in hospice slips on some ice and breaks her wrist, the injury could have happened because the cancer has attacked the bones, making them thin and brittle, said Dr. May Al-Abousi, medical director for hospice services at University Hospitals in Cleveland. Treatment for the injury would be covered by hospice.  But the injury would not necessarily be part of the hospice benefit for someone with a terminal illness other than cancer, she said.

“Medicine has no cookbook, where we can apply all-or-none rules,” she said.

Sometimes a hospice provider may not even know when a patient has gone to the hospital and there’s usually no way the hospital knows the patient is in hospice unless the patient makes that clear, said Judi Lund Person, at the National Hospice and Palliative Care Organization,  [http://www.nhpco.org/ ]  which represents nearly 2,000 hospice companies.

“The emergency room physician should be aware that this is a hospice patient with lung cancer as opposed to an 85-year-old male who fell at Denny’s,” she said.

Patients and their families may be afraid to volunteer that information, said Dr. Al-Abousi.  “A lot of people get scared when they hear the “H” word,” she said.  “They think once they sign that paper for Medicare, nothing else is going to be covered.”

Officials Weigh Options To Hold Down Medicare Costs For Hospice