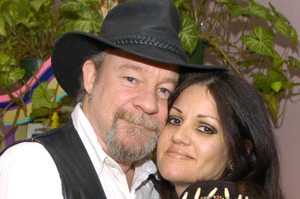 When Paula Michele Boyle first received the letter earlier this month explaining that her health insurance coverage was being terminated, she took it personally, thinking maybe the insurer had discovered something in her history to make her ineligible.  But then the Philadelphia resident read on and realized that it wasn’t just her; the entire program, Pennsylvania’s state-funded health plan for low-income adults, was about to be cancelled.

For Boyle and her husband Tom, both self-employed cancer survivors who need regular medical care, the news has been unnerving.

“We were in shock over this,” says Boyle. “What are we going to do now? We need doctor visits and testing!”

Nearly 42,000 people who participate in the program have received similar notices; another 494,787 people had been on the waiting list, hoping to get such coverage.

Pennsylvania’s adultBasic insurance was created in 2001 and is one of only a handful of health plans funded entirely by states to provide coverage to low-income adults who do not qualify for Medicaid, the joint federal-state health insurance for the poor. Such individuals will be eligible for either subsidized private coverage or be covered by an expansion of Medicaid under the new federal health law, but those provisions do not kick in until 2014.

AdultBasic is paid for through a combination of money from the state’s tobacco settlement and donations from the state’s four Blue Cross and Blue Shield insurance companies, and cost $166 million in 2010. With the tobacco money dwindling and the cost of health care increasing, the state has not identified other funds to make up the difference, although officials are still searching.

The deal with the insurers was set to expire this past December, but they agreed to contribute $51 million to extend the program. Shortly after taking office in January, however, Gov. Tom Corbett, a Republican, announced that the program was out of money and coverage for all participants would end Feb. 28.

The recession has left many states with severe budget shortfalls and scrambling to find spending cuts. Many are looking at their health care expenses and have asked federal officials for leeway so they can trim their expensive Medicaid programs. But a requirement in the new health law limits states’ efforts to reduce the number of people on Medicaid. States can, however, make cuts to special state programs, such as adultBasic, that don’t receive federal assistance.

“I hate to say it’s to be expected, but it’s not shocking,” says Alan Weil, executive director of the National Academy for State Health Policy. “There are so few places where states have room in budgets and this is a program that doesn’t operate under federal rules and can grow or shrink as the situation permits.”

Paula Michele Boyle says adultBasic has been “a lifesaver.” Both she and her husband own their own businesses: She is a life coach, and her husband is a contractor; together, they earn about $25,000 a year. If they lived almost anywhere else, they would probably be uninsured, but adultBasic costs them each $36 per month. The national average monthly cost for an individual health insurance policy was $300 in 2010, according to a survey by the Kaiser Family Foundation, which is more than the Boyles can afford. (KHN is a program of the foundation.)

Paula Michele Boyle is a survivor of Hodgkin’s lymphoma, and Tom Boyle had prostate cancer. Both require significant follow-up care and testing. She has been on adultBasic since the program began and her husband for the past five years.

Pennsylvania state Sen. Ted Erickson, a Republican, says that while ending adultBasic is a difficult decision, the program “is simply running out of money” and no longer sustainable.  The state legislature is facing a hole in the budget of around $4 billion, “and our governor has said he will not raise any taxes, so obviously that poses a big problem for us,” he explains.

Erickson blames former Gov. Ed Rendell, a Democrat, for the program’s budget pinch, saying he added too many people to the program, exhausting assets. But officials from the Rendell administration say they told Corbett’s team that the money would run out and suggested alternative funding mechanisms.  The Corbett administration has said Rendell didn’t do enough to secure funding.

Meanwhile, both Republicans and Democrats in the state are searching for alternatives for those who are losing coverage. Erickson says it’s a chance for the government “to really take a good hard look at its core functions.” Instead of funding health insurance for the poor, he advocates putting more money into community health centers, which offer low-cost care.

The state reached an agreement with the Blue Cross plans to allow adultBasic subscribers to join another program for low-income people, called Special Care, without considering applicants’ pre-existing conditions. The policy is not subsidized by the state, however, and can cost up to $192 a month. It also provides fewer benefits; Special Care, for example, pays for only four doctor visits each year.

Pennsylvania also made a failed attempt to shift adultBasic recipients into a high-risk pool funded by the federal government under the new health law.  The pool accepts applicants who have pre-existing conditions and have been rejected by other insurance plans, but it requires that enrollees be uninsured for at least six months.

Pennsylvania’s acting insurance commissioner, Michael Consedine, sent a letter to Kathleen Sebelius, secretary of the Department of Health and Human Services, requesting that the waiting period be waived for adultBasic subscribers who want to join the pools. He also requested that HHS reallocate some of the funding for other states that is not being used to expand the Pennsylvania pool. Sebelius rejected the proposal.

High-risk pools may also be unaffordable for many low-income adults; the federal high-risk pool in Pennsylvania costs $283 per month.

Sen. Jay Costa, Democratic leader of the Pennsylvania Senate, says more could be done to save the adultBasic program. Ending the program “was done in haste,” he argues, and the program needs only $50 million to continue through June.  Costa says the Blues plans, and perhaps other insurers, should contribute more of their revenues and consumers could also pay a slightly larger premium to help defray the cost.  The Blues plans had a surplus of $5.6 billion in 2009.

There are also several proposals in the legislature for funding, including a Democratic bill that would use money from a state fund that pays for medical malpractice claims.

In the meantime, the Boyles are rushing to set up as many doctor visits as possible before their coverage runs out.   Because they need to see doctors and be tested regularly, Special Care doesn’t work for them, nor does the federal high-risk pool, for which they do not qualify. Paula Michele Boyle called a private insurer but was told that because she had Hodgkin’s lymphoma, the company would not sell her health insurance at any cost. Tom Boyle can purchase insurance for $1,000 each month.

“We’re kind of scrounging, thinking we may have to give up our home just so that we can pay a high premium,” says Paula Michele Boyle. After 19 years in the same house, she says, that would be a painful decision.