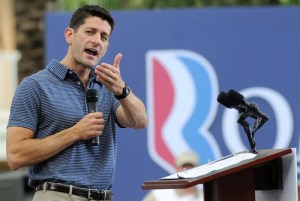 Ryan, who has served as House Budget Committee chairman since the Republicans took control of the House of Representatives in 2011, has advanced plans to control federal spending by restructuring both Medicare, the health insurance program for the elderly, and Medicaid, the federal-state health insurance program for low-income and disabled people.

But during his seven terms in Congress, Ryan has amassed a portfolio of health policy positions beyond these plans, which have won widespread support from Republicans and equally widespread denunciations from Democrats. Kaiser Health News has assembled this guide to his positions.

In the health care marketplace, Ryan:

On Medicare and aging, Ryan:

On abortion and contraception issues, Ryan:

Kaiser Health News has extensive coverage of Ryan’s record on health policy — a sample of which you will find below.

FAQ: Ryan’s Plan Would Make Key Changes In Medicaid, Too
Aug. 14, 2012 — How would Paul Ryan’s plan to reduce federal spending, which has been approved twice by the GOP-controlled House, change Medicaid?

FAQ: How Paul Ryan Proposes To Change Medicare
Aug. 13, 2012 — Mitt Romney’s choice for vice president has provoked consternation from Democrats and anxiety among some congressional Republicans with his proposals to reshape Medicare.

FAQ: Obama v. Ryan On Controlling Federal Medicare Spending
May 3, 2012 — Here are some questions and answers about the Democratic and Republican approaches to moderating spending on the popular program, which covers 47 million seniors and disabled people.

New Ryan Budget Would Transform Medicare And Medicaid
March 20, 2012 — The Republican chairman of the House Budget Committee surprised no one when he released a spending blueprint that would drastically reshape the Medicare and Medicaid programs for the elderly and poor in an attempt to rein in their soaring costs.

Video: Ryan On ‘Moral And Legal Obligation’ To Fix Entitlements
March 20, 2012 — House Budget Committee Chairman Paul Ryan, R-Wis., as well as Rep. Tom Price, R-Ga., said that the sweeping changes proposed to Medicare in the GOP 2013 budget would protect the program for seniors and the disabled. 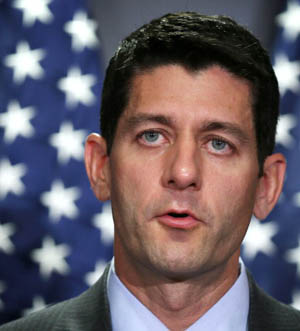 Can GOP Deliver On Its Promise To Preserve Traditional Medicare?
March 8, 2012 — Proponents see the new proposal as more politically palatable than last year’s House budget that would have eliminated traditional Medicare. But critics argue it would change the current program so fundamentally that it might no longer be a desirable – or affordable — option.

Analysis: Wyden-Ryan Plan Could Neutralize Medicare In 2012 Election
Dec. 15, 2011 — Even with just two congressional supporters, a new Medicare overhaul plan could have big implications for next year’s congressional election.

Understanding Rep. Ryan’s Plan For Medicare
April 4, 2011 — Ryan lays out a plan to convert Medicare into a premium support program for which the government will spend a specific amount for beneficiaries’ care, a fundamental shift from the current fee-for-service program.

Republican’s Controversial Proposal To Mend Medicare
Nov 2, 2010 — Ryan wrote the book, “Young Guns: A New Generation of Conservative Leaders,” with fellow House Republicans Eric Cantor of Virginia and Kevin McCarthy of California. Because the GOP is taking control of the House, they will be in position to advance their ideas.

Resources And Proposals On Curbing Medicare Cost Growth
A Kaiser Health News resource with details on the competing proposals.