Paige Wolf has been buying health insurance from Independence Blue Cross for years. So when the self-employed public relations professional learned that she could buy a top-of-the-line platinum plan for less than her old policy, she was ecstatic.

But her good fortune turned to frustration when the Center City woman didn’t receive an invoice for her new plan. She went on Independence’s Facebook page to vent. Then she received an e-mail scan of an overdue notice for her January bill, with her doctor’s address on it, not hers. 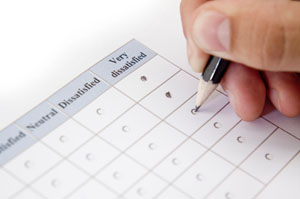 The insurer, she said, should do something for its customers – though she isn’t holding her breath. “I certainly don’t expect a Starbucks gift card any time soon,” she said.

The region’s biggest insurers, Independence and Horizon Blue Cross Blue Shield of New Jersey, have been the most aggressive companies in offering new plans under the Affordable Care Act, which began Jan. 1.

Now they, too, are dealing with a wave of disgruntled customers, who are complaining on social media of long waits for service and an inability to confirm coverage.

On Horizon’s Facebook page this week, one customer groused that she spent 36 hours on the phone trying to resolve enrollment issues that “were entirely your [Horizon’s] fault.”

And on Jan. 8, Independence posted an apology “to our members who have experienced delays in accessing our website and call centers.”

Both Horizon and Independence say the backlog is improving, and is rooted in the federal government’s decision to shorten the enrollment deadline for people to sign up for plans to Jan. 1.

Horizon enrolled 56 percent of its new members between Dec. 15 and 24. “We extended service hours, tripled our customer service staffing, and delayed the payment-due date for the first month’s premium until last Friday,” said Thomas Vincz, a Horizon spokesman.

Now its call center is receiving 20,000 calls a day, a 30 percent jump over last January.

Independence has been “working around the clock” to insure that its customers are receiving the service they need, said Brian Lobley, senior vice president for marketing and consumer business.

“Earlier this month, our members may have been on hold an average of 20 minutes before their calls were answered,” said Lobley, noting that some people were on hold for up to an hour. “This week the average time has been less than 10 minutes.”

Lobley said Independence planned for the influx of new members by ramping up its call center staff by 25 percent to 600 people. And while no one anticipated the actual spike in volume, he said, the real unknown has been the amount of time each call requires.

“What has taken us by surprise is the length of the phone calls,” he said. “We have folks who are new to insurance, and they are not four- to five-minute calls. They are more of a 15- to 20-minute conversation.”

Some customers have complained that once they get through, they are passed from representative to representative. Lobley said that happens when customers with previous coverage use an old membership card that is no longer valid.

“We are actually using some of our telesales reps who really understand our products so we can alleviate folks experiencing long hold times,” he said.

Compounding the problem, Lobley said, is the number of people who signed up on healthcare.gov in October and November, when the site was balky, and then signed up a second and even a third time to be safe.

Each of those applications has to be checked and the person contacted to confirm which plan they want.

January is also when large group insurance plans are renewed, making it the insurer’s busiest month of the year, he said.

“If you go to our Facebook page, you will see we are really actively responding to everyone’s complaint or issue,” he said. “We shoot for 24 hours.”

An Independence representative did contact Wolf and fix the issues with her plan. “I’m happy with the insurance that I have,” she said. “I’m paying less than I was and I got better coverage.”

By Robert Calandra and Stacey Burling, The Philadelphia Inquirer January 24, 2014