DUBLIN, Calif. — On a recent Friday morning, more than 30 dentists and dental staffers gathered in a conference room to learn an arcane new skill: how to bill medical insurers.

Pacing back and forth, the Florida dentist leading the two-day course advised the participants to stop thinking of themselves as tooth technicians and reposition themselves as “physicians of the mouth.”

“There is a medical part of our practice and a dental part,” said the presenter, Chris Farrugia, as audience members tapped on their keyboards or scribbled notes. “You have teeth, [and] you got the ‘other stuff.’ It’s the other stuff that medical insurance pays for.”

Faruggia’s seminar is a sign of a growing trend in dental offices, as providers seek greater reimbursement for expensive services and patients balk at big bills. Around the internet, firms have popped up claiming expertise in medical billing for dentists and offering courses and consulting services.

The reason is simple: Medical insurance is generally much more generous in its coverage than dental insurance.

Unlike medical coverage, dental insurance is mostly geared to the healthy — something many people don’t realize until they experience serious oral problems and get socked with unexpected costs. Standard dental insurance covers cleanings, fillings and other routine care. But major work like a crown or a bridge is often covered only at 50 percent and implants generally aren’t covered at all. And dental insurance is usually capped at $1,000 or $1,500 per year.

As a result, people who require extensive reconstructive work often pay many thousands of dollars, or sometimes tens of thousands, in out-of-pocket expenses. Many other people, even with dental coverage, go without care because they cannot afford the large balances or co-pays for crowns, root canals and other major procedures.

Because of these differences in reimbursement, Farrugia told his seminar attendees, dentists should first consider what medical insurance might cover and then bill the dental plan for the rest.

For example, he said, dentists should seek medical coverage for the full head, neck and mouth exams they perform when they see a new patient, since the goal is to assess more than just the teeth. Medical insurers should also cover oral problems attributable to an underlying medical condition, such as diabetes or dry mouth, a common side effect of many medications, Farrugia said.

Besides sparing patients the pain of big bills, the strategy can also boost income for dentists, said Farrugia, who estimated that revenues for his practice rose almost 10 percent the first year he fully implemented medical billing. Patients, too, can learn to file claims for medical reimbursement if their dentists won’t, he said.

On its website, the California Dental Association explains that health insurance should cover costs that are “medically necessary” and lists more than a dozen categories of procedures that could qualify. Among them: treatment related to inflammation and infection, dental repair due to injury, certain periodontal surgery procedures and appliances for sleep apnea.

Kristine Grow, a spokeswoman for America’s Health Insurance Plans, the industry trade association, did not dispute that some dental procedures could be covered by medical insurance. However, she cautioned that medical insurers were always on the lookout for abuse.

“Claims that are billed inappropriately or submitted fraudulently hurt everyone because they raise costs,” Grow said. “It’s important to note that procedures not related to an emergency event or trauma may not be medically necessary, and therefore would not be covered by medical insurance,” she added.

Asked about the potential for abuse, Farrugia said: “There are unethical providers in all health care services, and dentistry is not immune to that. You will always have some that try to game the system.”

Farrugia adopted medical billing several years ago after paying more than $100,000 for a CT scanner that produces 3-D images of the bone in the mouth and jaws.

“It occurred to me that this was a medical device,” he said of the CT scanner. “I’m a licensed health care provider, I’m providing this within the scope of my license. They can’t discriminate against me.”

Once he investigated the matter, Farrugia discovered that medical insurance could be asked to cover not just CT scans but a wide range of services regularly performed by dentists. He buried himself in the arcana of coding, ultimately writing three workbooks for dentists about medical billing.

At first it was trial-and-error, and Farrugia learned that claims often get rejected if they do not cite a medically legitimate reason for the procedure as well as the appropriate code.

These days, Farrugia bills medical plans $744 for a CT scan (medical code: CPT 70486), receiving an average reimbursement of about $500. Medical plans generally require pre-authorization for non-emergency CT scans, he said, so his office staff had to learn how to explain why the scan was medically required — such as to assess bone quality.

The same procedure can be billed to a dental plan (dental code: D0367), but the average reimbursement is $125 — if the plan covers CT scans at all.

Others are following his example. Iowa dentist Richard Downs attended one of Farrugia’s medical billing seminars last year in Chicago. “I’d never heard these things before,” he said.

He said he recently sought and received prior authorization from a medical insurer for $60,000 to cover multiple implants and other costs for a woman whose dental woes stemmed from severe atrophy of the jaw and other medical problems.

During a break in the seminar, San Ramon, Calif., dentist Rashpal Deol said Farrugia’s approach made sense. “We look at the soft tissues in the mouth, the muscles, the bone, the TM [temporomandibular] joint, and the head and neck area,” he said. “You always check the lymph nodes, we do oral cancer screening, so that is a comprehensive medical exam.”

Other seminar attendees also were enthusiastic, if a bit daunted. “People go to school to learn medical coding,” said Kelly Bradshaw, a staff member at a Santa Rosa, Calif., dental practice. “To try to bridge that gap in order to help our patients is intimidating. You have to be open-minded to look at things in different ways.”

Margaret Busch, an office manager for an Arizona dentist, said she planned to start medical billing as soon as she returned from the seminar.

“I’ve been making a list of people that we can go back and probably get money for,” she said, mentioning patients who have had CT scans and those with dental problems related to medical conditions like diabetes.

“I think they’ll be excited,” she said.

‘Physicians Of The Mouth’? Dentists Absorb The Medical Billing Drill 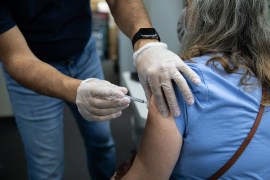