PROVIDENCE, R.I. — The Trump administration is pushing ahead with its reproductive health agenda. It has rolled out changes to the Title X program, which funds family planning services for low-income people, that are designed to have a chilling effect on organizations that provide abortions or include this option in counseling. It also has nominated federal judges widely believed to support state-level abortion restrictions.

Against that backdrop, Planned Parenthood, known as a staunch defender of abortion rights, is working to recast its public image. Under its president, Dr. Leana Wen, who took office in November, the nation’s largest reproductive health provider is highlighting the breadth of care it provides — treating depression, screening for cancer and diabetes, and taking on complex health problems like soaring maternal mortality rates.

This strategy, analysts say, could buttress Planned Parenthood against the efforts by the White House and other abortion opponents. But it’s complicated. Even as the organization leans into its community health work, Wen isn’t abandoning the abortion-related services that have helped form the organization’s identity — and its opposition.

“We cannot separate out one of our services. That’s not how medicine works,” Wen told Kaiser Health News.

This effort to thread the needle could, if successful, change the public’s perception of Planned Parenthood. But if it backfires, it could make the organization even more vulnerable. Some people are skeptical of the payoff, given how polarizing abortion politics are.

“The minute you start talking about abortion, it’s a risky strategy,” said Karen O’Connor, a political scientist at American University who studies the politics of reproductive health care. It’s likely to attract strong reactions from people who see abortion providers not as reproductive health professionals but as “baby killers,” she said.

“If I was doing it — and this is as somebody who studies social movements and women’s organizations — I would take abortion out of the equation and talk about ‘reproductive health is health care.’”

“This framing is simply a PR exercise,” said Mallory Quigley, vice president of communications at the Susan B. Anthony List, a Washington-based anti-abortion group. “I don’t think this campaign will be successful, and I don’t think it will last long.”

Reproductive health experts have a different view, saying Planned Parenthood’s effort to promote its array of health care offerings — including abortion — is consistent with reality and in line with top medical standards. To bolster this message, Wen, a former Baltimore health commissioner and the first physician to take the group’s helm, has embarked on a national listening tour.

“It’s who we are. We are a health care organization,” Wen said. “That’s what all of our affiliates do around the country, is meeting people where they are with the health services they need.”

So far, Wen and other Planned Parenthood officials have visited 17 affiliates in locations around the country. They plan to visit several more, Wen’s staff confirmed.

The idea is not to standardize what Planned Parenthood sites offer, Wen said, arguing that each clinic should take the lead in devising its own public health programs, based on its patients. Even so, the organization’s national leadership is working to identify the health programs that could be expanded and encouraging clinics around the country to consider implementing those best practices.

Recently, Wen and her team visited the organization’s Rhode Island clinic to investigate how it is planning to expand its primary care offerings.

The clinic, a 10-minute walk from downtown Providence, serves patients of all genders and ages, its staff noted. It has upped its focus on things like wellness visits, along with its programs to make sure patients who want to have children are healthy before they get pregnant.

Wen also focused on the clinic’s efforts to reduce the area’s maternal mortality rates, a problem that afflicts low-income and black women at far greater rates. In 2018, 18.3 Rhode Island women per 100,000 births died from causes related to the pregnancy; for black women, the figure was 47.2 per 100,000, and for white women, 18.1. Planned Parenthood leadership touted proposed state legislation that would extend Medicaid coverage to doulas, non-medical birth coaches often seen as a valuable resource in reducing maternal deaths. 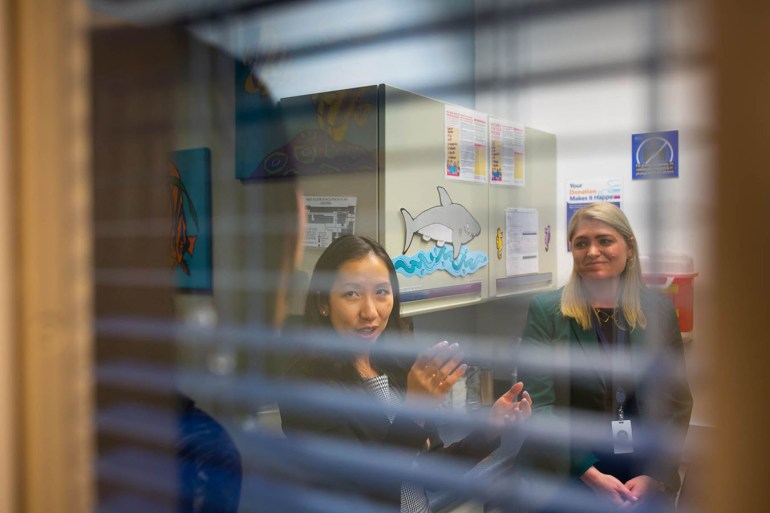 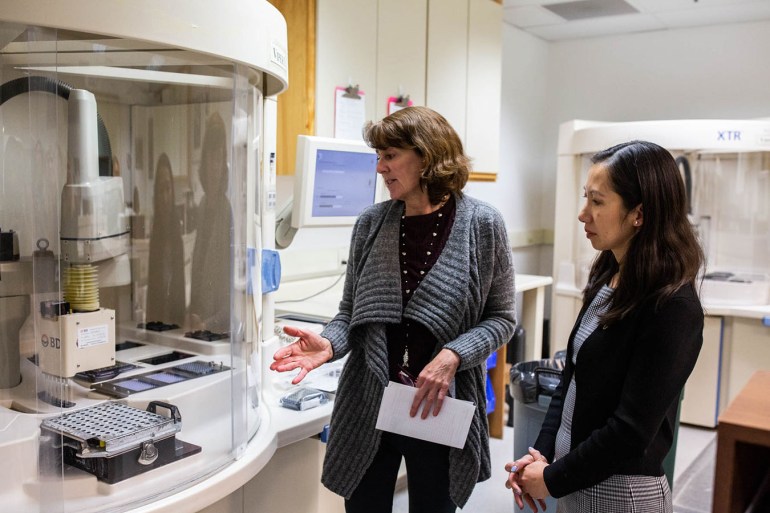 Wen tours a lab in the basement of a San Jose, Calif., clinic that processes tests for gonorrhea and chlamydia. “When I was in college, we did all the pipetting manually,” she told the staff.(Anna Maria Barry-Jester)

At both clinics, staffers talked about helping patients who face a threat of domestic violence find safe housing resources, and steering them toward available resources for things like healthy food.

Even while promoting that work — often overlooked by the public — Wen, a 36-year-old emergency doctor by training, emphasizes abortion services at each stop, trying to weave the message into the public health narrative.

In Providence, the Planned Parenthood team stopped by a news conference to talk about a local bill that, if the Supreme Court scales back Roe v. Wade, would explicitly legalize abortion protections in Rhode Island.

But it’s unclear how the listening tour and messaging efforts will pan out politically. While a majority of Americans have positive opinions of Planned Parenthood, they are, polling suggests, evenly split on abortion.

“Planned Parenthood to some extent is taking a risky strategy by trying to thread these two. I see these as very different messages,” said O’Connor, the political scientist. “If you take out the ‘abortion is’ and go to reproductive health, you have a winning message that is very simple.”

In other ways, though, this branding effort perhaps comes at the right time, suggested Lucinda Finley, a law professor at the University at Buffalo. She ties the organization to what polling suggests is voters’ No. 1 concern, especially going into the 2020 election: health care.

Framing it as “‘Abortion is health care, health care is a human right’ links it to the larger debate about health care, and how we should provide health care to people in this country,” Finley said.

When asked if this messaging could politically insulate Planned Parenthood from conservative attacks — or win the organization new supporters — Wen suggested the community health emphasis is simply a response to medical needs.