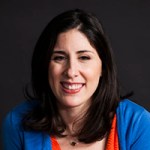 To the delight of anti-abortion groups, the administration issued proposed rules that would make it difficult if not impossible for Planned Parenthood to continue to participate in Title X, the federal family-planning program. And Congress cleared for Trump’s signature a “right-to-try” bill aimed at making it easier for patients with terminal illnesses to obtain experimental medications.

Also this week, the National Center for Health Statistics and the Congressional Budget Office issued reports about Americans both with and without health insurance and the cost of subsidizing health insurance to the federal government.

And May’s “Bill of the Month” installment features some very expensive orthopedic screws.

This week’s panelists for KHN’s “What the Health?” are Julie Rovner of Kaiser Health News, Margot Sanger-Katz of The New York Times, Sarah Kliff of Politico and Alice Ollstein of Talking Points Memo.

Julie Rovner: Kaiser Health News’ “When Is Insurance Not Really Insurance? When You Need Pricey Dental Care,” by David Tuller

Sarah Kliff: Vox.com’s “He Went to an In-Network Emergency Room. He Still Ended Up With a $7,924 Bill,” by Sarah Kliff

And: Talking Points Memo’s “Trump Admin Poised To Give Rural Whites A Carve-Out On Medicaid Work Rules,” by Alice Ollstein