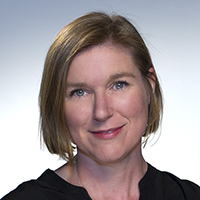 Congressional Republicans have struck a decidedly different tone when talking about the Affordable Care Act, and the Democrats have introduced a new Medicare expansion bill.

Meanwhile, states are talking about Medicaid expansion, and a federal court’s ruling on Maryland’s proposal to battle drug price-gouging sends shock waves nationwide. Both chambers of Congress have been busy introducing legislative fixes for the nation’s opioid epidemic with lawmakers promising that legislation will land this spring.

This week’s panelists for KHN’s “What the Health?” are Sarah Jane Tribble of Kaiser Health News, Joanne Kenen of Politico, Margot Sanger-Katz of The New York Times and Paige Winfield Cunningham of The Washington Post.

Paige Winfield Cunningham: The Washington Post’s “Science Hinted That Cancer Patients Could Take Less of a $148,000-a-Year Drug. Its Maker Tripled the Price of a Pill,” by Carolyn Y. Johnson

Sarah Jane Tribble: The Washington Post’s “‘One Last Time’: Barbara Bush Had Already Faced a Death More Painful Than Her Own,” by Steve Hendrix

Sanger-Katz recommended two stories during the opioid discussion. Here are the links to those, too:

Podcast: KHN’s ‘What The Health?’ Nothing In Health Care Ever Goes Away