Denise Marshall of Sonoma, Calif., was diagnosed with non-Hodgkin lymphoma in 2011 and a year later, lost her toy company job along with her health insurance benefits.

The good news is that her disease was caught early and she is now in remission. The bad news was her cancer diagnosis made it impossible to buy coverage because insurers thought she was too high a health risk. 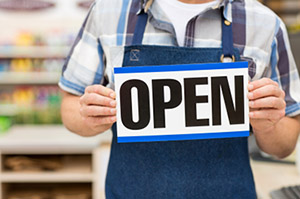 Marshall, 55, is one of millions of Americans with pre-existing health conditions who have been shut out from buying coverage on the individual insurance market. But under the Affordable Care Act., starting Jan. 1 insurers can no longer reject people, charge them more or restrict their benefits because of their health status.

An artist who earns about $24,000 a year, Marshall will be able to buy one of the least expensive policies for as little as $1 per month after a tax credit, or $124 a month for a mid-level plan that would have lower co-pays and deductibles, according to Covered California, the state’s health insurance exchange. The lower price is largely a result of government subsidies designed to make insurance affordable for those earning up to four times the federal poverty level, up to $45,000 for an individual.

That’s great to hear,” said Marshall, who like many in her situation, worried she would be unable to afford coverage even if it was available.

John Holahan, a fellow at The Urban Institute, said the requirement that insurers take all applicants regardless of their health status removes a big hurdle for many people. Some, though, could still have trouble affording a plan which includes their doctor, hospital and prescription drugs.  Even with government subsidies, they may find costs too high depending on their age, income and where they live; others may not qualify for credits.

Holahan noted the ban on excluding people with pre-existing conditions was the reason the law requires most Americans to have coverage in 2014. Without the mandate, many would be able to wait until they got sick to buy coverage — and the costs of enrollees with health care problems would force up insurance premiums for everyone.

The ban on such exclusions was one of the most popular parts of the federal health law when it was approved in 2010, a feature embraced by Republicans as well as Democrats.

Yet, with the new Obamacare health insurance exchanges set to open Tuesday, many American are unfamiliar with the provision. A survey by the Kaiser Family Foundation in June found only 45 percent of Americans thought the health law would help people with pre-existing conditions.

The only policies exempted from the requirement are grandfathered individual health insurance plans which do not have to cover pre-existing conditions if they meet other standards. However, consumers enrolled in such plans may opt to buy another policy during open enrollment, which lasts through March, and immediately get coverage for pre-existing conditions.

Debbie Basham, 62, of Louisville, beat breast cancer 17 years ago, but has not been able to buy a health insurance policy ever since. She has been covered in Kentucky’s high-risk pool where she and her husband, Barry, pay over $2,000 a month for benefits.

“I am looking forward to having a choice of plans and paying significantly less for better coverage,” she said. “This really is an end to the misery [so] that we can … do the things we haven’t been able to because of high insurance premiums, like taking a vacation and going out to eat.”

Basham, who works at a golf course that does not offer health benefits and who runs a non-profit agency for people with breast cancer, gets angry when politicians talk about repealing the health law.

“I get so irate because these politicians have no feeling for the common person who is working, and they could care less if people live or die,” she said.

Marlane Cygler, 62, of Boca Raton, Fla., has diabetes, high blood pressure and high cholesterol—all of which have made it difficult to find or afford a health plan. She’s in a medical discount program which covers some of her hospital costs, but doesn’t help her pay for doctor bills, prescription drugs or any medical tests. As a result, she doesn’t go for preventive tests and exams as often as she knows she should.

Cygler said she’s hopeful she will finally find a plan she can afford for 2014—knowing her health status won’t matter anymore. “I’ve been waiting many years for this,” Cygler said.

Stacey Kravitz, 45, of Coral Springs, Fla., said she has been turned down for insurance because of a minor heart valve problem and a food allergy that causes diarrhea. But she said neither condition requires her to see a doctor more than the average person.

For the past year, she’s been covered by the health law’s Pre-existing Condition Insurance Plan, which ends in December. Kravitz, a gemologist, said she is thrilled to be able to choose from among different private health plans beginning Tuesday which are barred from asking her about her health status.

“For me the important thing is to have access,” she said, “to know if I have to go the emergency room, I won’t be a drain on my fellow citizens.”