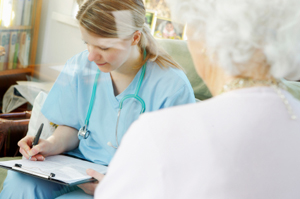 For consumers looking for bargains on refrigerators or restaurants, ratings can be helpful. But a score card doesn’t work as well for selecting a Medicare private health plan.

About 47 million people are in Medicare, the federal health program for the elderly and disabled; nearly a quarter of them are enrolled in Medicare Advantage plans, offered by insurance companies as alternatives to the traditional program. The plans, which receive federal subsidies, offer Medicare’s standard benefits plus extra benefits, often including prescription drug coverage. A few years ago, federal officials began rating these plans – using a scale of one to five stars – but seniors’ advocates, policy analysts, insurers and some top Medicare officials agree the ratings are flawed.

Even so, the star system is about to become more significant.

Under the new health-care overhaul law, the ratings will be used for the first time to award bonuses potentially worth hundreds of millions of dollars to the best plans. If the bonuses had been in effect last year, the top-rated plans would have received a total of $1.3 billion, estimates Dr. Brian Biles, a health policy professor at George Washington University.

Seniors don’t seem to pay much attention to the ratings. Beneficiaries tend to pick Medicare Advantage plans based on cost and access to their doctors, not ratings, says Jonathan Blum, deputy administrator for the Centers for Medicare and Medicaid Services, or CMS. More than 75 percent of the plans’ members choose plans with three or fewer stars.

The Stars of Medicare
: Percentage of beneficiaries enrolled in Medicare Advantage plans by rating

But many don’t have much choice: Biles found that only 15 percent of Medicare Advantage members live in counties where four- or five-star plans are offered.

In a new study, Avalere Health, a consulting firm, found that only 5 percent of Medicare Advantage members in Virginia are in four-star plans. That compares with 33 percent in Maryland and 68 percent in the District. And no one in the Washington area is enrolled in a five-star plan, for a good reason: None of the plans offered here has earned the top grade.

Although the scores are updated every fall, some are based on information that is almost two years old. More than 40 percent of plans have no rating because they are too new or too small, according to studies by the Kaiser Family Foundation and Avalere. (KHN is a part of the Foundation.)

To fix some of the ratings’ shortcomings, CMS will propose changes this summer, says Blum. “We will start off with the system we have,” he says. “But I fully expect that it will change over time.”

The ratings’ flaws were underscored in April, when Medicare ordered Aetna, one of the nation’s top health insurers, to suspend enrollment in its Medicare Advantage and stand-alone Medicare prescription-drug plans. Medicare’s compliance officer told Aetna that a delay in the plans’ approval of the filling of prescriptions “potentially puts Aetna’s current and future enrollees’ heath at risk.”

Yet when the decision was announced, Aetna’s most expensive Medicare Advantage plan in Northern Virginia was rated at 3.5 stars – between “good” and “very good.” An Aetna official said the rating makes sense because drug-coverage performance is only one of many criteria used to determine rankings.

Under the Medicare Advantage program, the government pays the plans a set amount for each beneficiary – an average of 13 percent, or about $1,140 in 2009 – above what the original Medicare program spends on a similar individual. Some plans use the money to offer extra benefits such as dental care, eyeglasses and gym memberships, often at no additional expense to the beneficiary. The health-care law phases out these extra payments beginning in 2011. That change, which would probably force many Advantage plans to trim their extra benefits, may make the plans less attractive to many people.

Medicare Advantage ratings are currently based on 33 criteria, including members’ satisfaction, customer service and how often members get screenings and tests. Plans that also offer drug coverage are graded in 19 additional areas. A summary or average of the results for each plan appears on the “Medicare Options Compare” website (go to http://www.medicare.gov and click on “health and drug plans”). Most beneficiaries can enroll in a plan only during the last six weeks of the year, unless they move or have just become eligible for Medicare. Under the new law, plans earning four or five stars will get a 1.5 percent bonus in Medicare payments starting in 2012 , rising to 5 percent by 2014.

Some of the top plans may get even bigger bonuses.

Improving the rating system could help consumers such as Elaine Collins, a 69-year-old Arlington resident who works for a military contractor and is thinking of retiring and enrolling in a Medicare Advantage plan. When she checked the Medicare website recently, almost half of the 26 plans in Northern Virginia lacked ratings. “It’s so complex, it boggles the mind,” she says. “Part of me says I should just keep working, and that’s the way I’m headed.”

The ratings system and the new bonuses draw complaints from both the industry and consumer advocates.

Robert Zirkelbach, a spokesman for America’s Health Insurance Plans, says that some plans may never get four or five stars even if they improve, because he says much of the assessment is relative and “the plans are compared against each other and then graded on a curve.”

Vicki Gottlich, a senior attorney at the Center for Medicare Advocacy, a consumer group, says she dislikes the use of an average score because it can mask the fact that a plan might be good in one area but lousy in another. To get the complete view, seniors would need to look on the Medicare website for the plan’s complete score card.

But if seniors in the Washington area search for a four-star plan, they’ll discover that only one insurer, Kaiser Permanente, now offers options with that rating. And if they want a five-star health plan, Avalere’s nationwide research shows, they’ll have to move to Florida, Maine or Texas.