This week, consumers had questions about premiums and benefits for plans sold on the health insurance marketplaces as well as concerns about physician participation in the Medicare program.

Q. I understood that under the health law, premiums for individuals could not increase by double digits, that rate increases were capped at under 10 percent unless approved by the government. Isn’t that right?

A. The health law requires insurers in the individual and small group markets that propose premium increases of 10 percent or more to disclose publicly that information and explain why they think the increase is justified. You can find details of proposed increases on many state websites, and a consumer-friendly version of the information will soon be available on healthcare.gov, according to an official at the Centers for Medicare & Medicaid Services. 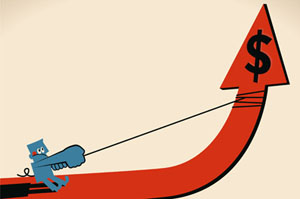 States, which have primary responsibility for regulating insurance rates, provide varying degrees of oversight. Some don’t permit insurers to raise rates without state insurance department approval, while others require insurers to inform states of proposed changes, and states may retroactively reject them. Some states have no authority over premium rate hikes at all. Under the health law, the federal government reviews rate increases if states don’t have an effective process in place.

However, unless states that have the authority to do so step in, “once an insurer files a justification [for an increase over 10 percent], nothing in the Affordable Care Act prohibits them from proceeding,” says Timothy Jost, a law professor at Washington and Lee University who is an expert on the health law.

The health insurance marketplaces also have the authority to take insurers’ proposed rates into consideration when deciding whether to accept a plan on the exchange, says Jost.

Other provisions of the health law act as a brake on unreasonable rate increases. For example, insurers are required to spend at least 80 percent of the premiums they collect on medical claims or quality of care improvements. If they don’t meet that standard, called a medical loss ratio, insurers have to return the extra premium amounts to consumers.

Q. I am concerned that few family doctors in my area are accepting new Medicare patients. Is there a requirement that doctors who work for hospitals accept them? For example, if hospital X buys physician practice Y and pays those physicians a salary, are they required to accept Medicare patients?

A. No, physicians aren’t generally required to accept new Medicare patients, whether or not the doctors are employed by a hospital.

There are many reasons a doctor might refuse a new patient. Her practice may already be full, for example, or she may decide she lacks the necessary expertise to treat someone’s condition.

But the vast majority of physicians do in fact accept new Medicare patients, according to a recent study by the Kaiser Family Foundation (KHN is an editorially independent program of the foundation.)

In its analysis of the 2012 National Ambulatory Medical Care Survey (NAMCS)-National Electronic Health Records Survey, the foundation found that 91 percent of physicians reported that they were accepting new Medicare patients, the same rate as those accepting privately insured patients. Among primary care physicians, the figure was slightly lower, 88 percent.

But it’s unclear from the survey data whether the doctors are accepting all new patients or only some of them, however, says Cristina Boccuti, a senior associate at the foundation and the lead author of the study.

The study also found that the number of physicians who bill Medicare continues to grow at the same rate as the growth in beneficiaries, staying constant at 3.8 primary care physicians per 1,000 beneficiaries.

Local market conditions can make a difference, however. Medicare beneficiaries who relocate to an area that’s growing fast, for instance, may discover it’s tougher in general to find services, says Boccuti.

“The same circumstances that may make it hard to find a local physician may make it difficult to find restaurants and a place to get your hair cut,” she says.

Q. Can you provide some guidance on the age limit for pediatric dental benefits? Is it 19, when most pediatric benefits end, or because dependents are now covered until age 26, does it continue until then?

A. The law requires that pediatric services, including dental and vision benefits, be covered as an essential health benefit until a child reaches age 19, with no annual or lifetime limits on coverage. This provision only applies to non-grandfathered plans in the individual and small group markets, and depending on the state pediatric dental benefits may be offered as part of a plan or a standalone basis.  States can extend the coverage beyond that limit it they choose, but they aren’t required to do so.

Large group plans may also offer dental coverage for children, but it’s not mandatory. If such coverage is offered, kids may be covered under the same plan as their parents, with no pediatric age limits, says Colin Reusch, a senior policy analyst at the Children’s Dental Health Project. Those plans typically have dollar or other coverage limits, however, he says.

As you point out, the health law allows children with individual, small and large group coverage to remain on their parents’ plan until they turn 26. While adult children insured under their parents’ large group plans may be able to keep their dental coverage until they turn 26, for those in individual or small group plans, once a child turns 19 and is no longer eligible for pediatric dental benefits, coverage doesn’t necessarily have to end.

“When you turn 19, some dental plans let you purchase an adult dental plan,” says Reusch. “They generally make the transition easy.”

Readers Ask: Are Insurance Premiums Capped? Do Doctors Have To Accept Medicare?