Yesterday’s 6th Circuit Court of Appeals decision upholding the health law’s constitutionality has bloggers opining about what it might mean for a Supreme Court ruling and just who can count themselves the winner in the decision. Many consider a Republican appointee joining a Democratic appointee in upholding the constitutionality of the law as the most significant development in the saga. 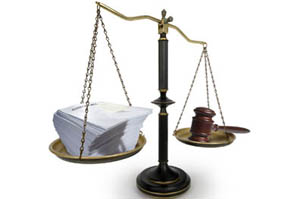 In the Health Affairs Blog, Timothy Jost says the ruling is a significant victory for the Affordable Care Act for three reasons: “First, it is the first ruling by a federal appeals court on the constitutionality of the ACA. So far three district courts have upheld the minimum coverage requirement (including the trial court in this case), two have struck it down.  But this is the first appellate level court to weigh in. Second, the decision contains three thoughtful, well-reasoned opinions, two upholding the law and one that would have struck it down.  The opinions thoroughly explore the arguments of both sides as well as ruling precedent. Third, Judge Jeffrey Sutton, who concurred in the decision, is the first judge appointed by a Republican president (Bush II) to uphold the law on the merits.”

Ezra Klein in his Washington Post blog says the ruling also “ends with a pointed reminder that the Supreme Court has traditionally ‘erred on the side of allowing the political branches to resolve the conflict,’ and an assurance that ‘time assuredly will bring to light the policy strengths and weaknesses of using the individual mandate as part of this national legislation, allowing the peoples’ political representatives, rather than their judges, to have the primary say over its utility.'”

Over at ThinkProgress, Ian Millhiser writes more on Jeffrey Sutton, the George W. Bush appointee to the appeals court that ruled in favor of the constitutionality of the health law. Sutton “served as an officer in the conservative Federalist Society’s Federalism and Separation of Powers practice group, and was one of the nation’s leading crusaders for expanding the role of the states at the federal government’s expense. … So he is exactly the kind of person who would be extremely sympathetic to the conservative claim that the Affordable Care Act exceeds Congress’ lawful authority.” Except that he wasn’t on this day, Millhiser notes.

At the National Review’s Critical Condition blog, Grace-Marie Turner writes that a careful reading of the decision could indicate Judge Sutton was inviting the Supreme Court to step in to limit federal power. Turner quotes Sutton:

Today’s “question” about the “extent of the powers” granted to Congress goes primarily to its commerce power to compel individuals to buy something they do not want (medical insurance) as part of a regulatory system that a majority of elected representatives do want (national health care). If the commerce power permits Congress to force individuals to enter whatever markets it chooses, any remaining hold on national power will evaporate.

Turner’s interpretation:  “It sounds like an open invitation for the U.S. Supreme Court to put limits on Commerce Clause interpretations.”

In the meantime, Ilya Shapiro at Cato@Liberty writes that the decision “was an exercise in unwarranted judicial deference, not by the author of the majority opinion, Judge Boyce Martin, who regularly rubberstamps misuses of federal power, but by concurring Judge Jeffrey Sutton, who avoided the logical implications of this ruling and punted the main issue to the Supreme Court.” Shapiro commends Sutton for describing the Supreme Court’s “inflation of federal authority over the last 75 years,” but says he “has it backwards in saying that it’s not the role of the lower courts to invalidate legislation that goes beyond even the modern warped doctrine; the decision on whether to expand existing Supreme Court precedent is precisely that ultimate court’s alone.”

Hans von Spakovsky at The Heritage Foundation’s The Foundry blog says “In recent years, the Sixth Circuit has achieved a growing reputation for not just reversals, but summary reversals at the Supreme Court. In a summary reversal, the Supreme Court unanimously reverses a lower court decision without hearing argument or even having a full merits briefing—because the decision is so clearly wrong. It is a sure sign of an activist court misapplying the law.” Also, he writes, “The fact that this decision came down today — in the same week that the Supreme Court ended its current term — just about guarantees that the Court will have the opportunity to review the statute in its fall term.”