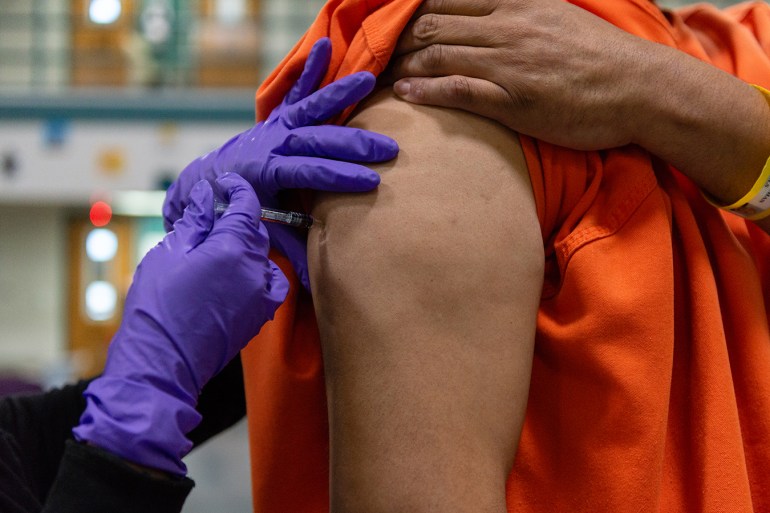 San Mateo County health officials say they believe naltrexone, the medication they are providing at the jails, will improve patients’ chances of recovery and reduce the likelihood they will return to jail after release.(Heidi de Marco/KHN) 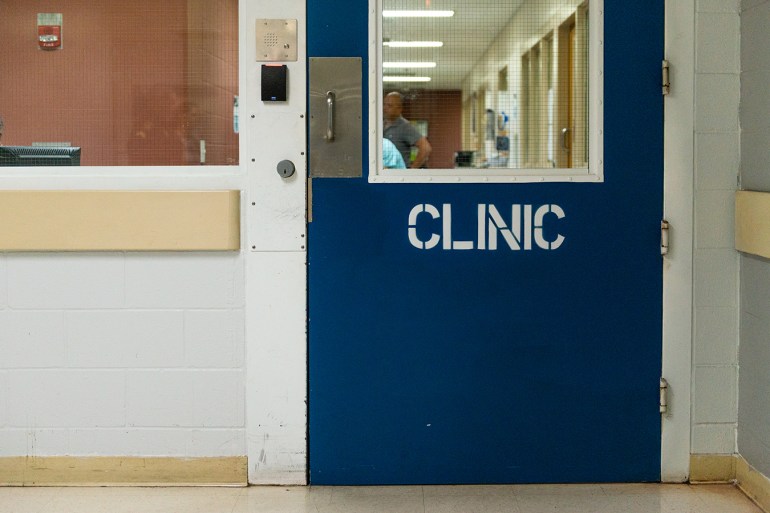 Medication, when paired with counseling and social support, is considered the standard treatment for opioid addiction.(Heidi de Marco/KHN)

At a time when the U.S. government is trying to deal with a nationwide opioid epidemic, many jails across the country are only now rolling out medicines to help inmates overcome addiction. And most of those jails dispense only one of the drugs currently available.

Nearly 1 in 5 jail and prison inmates regularly used heroin or opioids before being incarcerated, making jails a logical entry point for intervention, according to the U.S. Department of Justice.

Medication, when paired with counseling and social support, is considered the standard treatment for opioid addiction. Three medications treat addiction to opioids. Methadone and buprenorphine diminish opioid withdrawal symptoms and can reduce cravings. Naltrexone blocks the effect of opioids and also treats alcoholism. 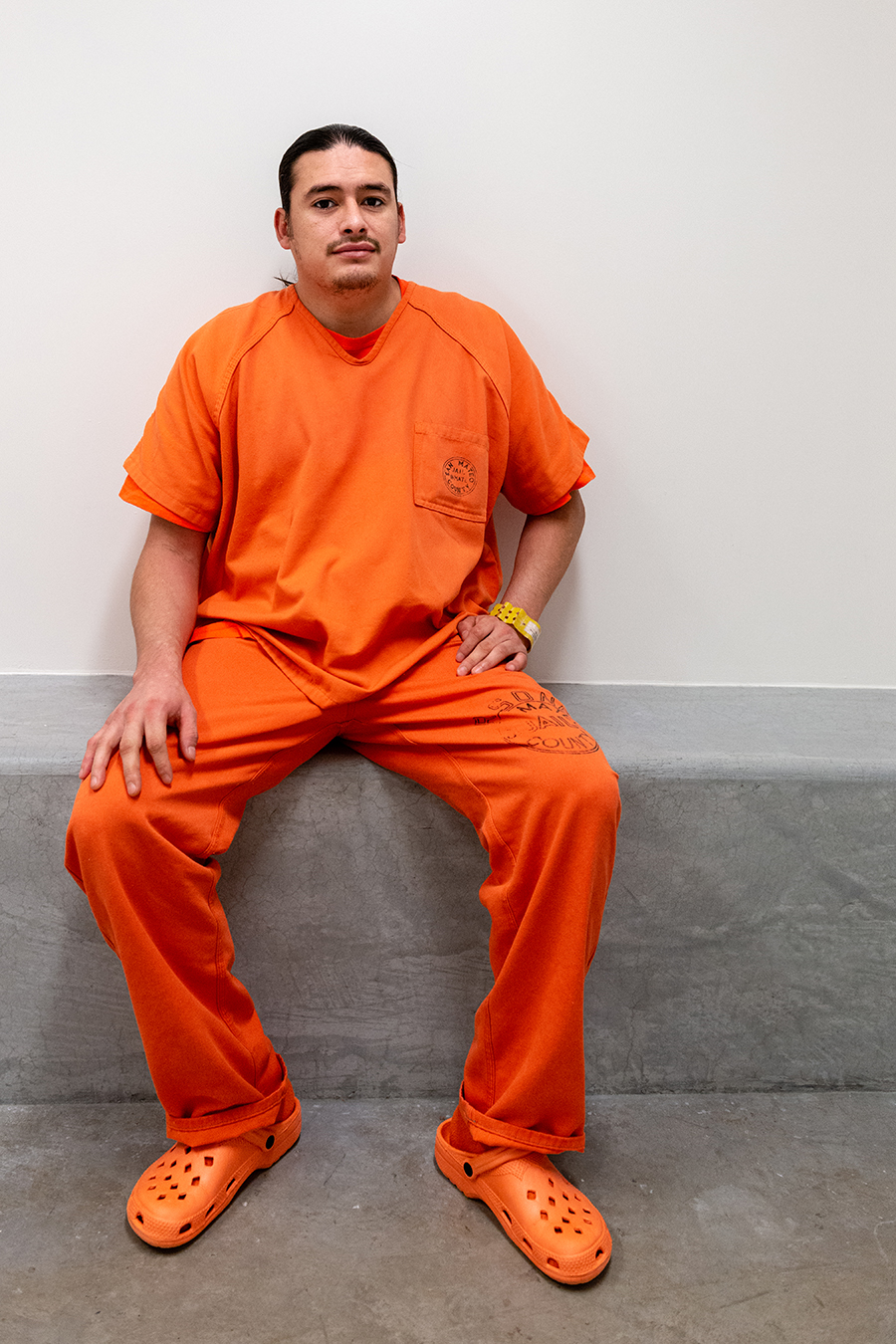 Inmate Julio Madriz, 30, started taking naltrexone soon after his arrest on a domestic violence charge. Madriz was drinking about 18 cans of beer each weekday but, since being on naltrexone, thinks more clearly and feels less anxious, he says. Rosamaria Castillo sits in her dorm-style cell at Maple Street Correctional Center in San Mateo County, Calif. “I want to get back on track, and I need all the help I can get,” Castillo says.(Heidi de Marco/KHN)

About 220 of more than 3,000 jails nationwide offer naltrexone for inmates — mostly to those about to be released, said Andrew Klein, project director of a Department of Justice grant program that supports agencies providing drug treatment for inmates. Only about 20 jails offer methadone or buprenorphine, he said. The numbers don’t include facilities that offer methadone for pregnant inmates.

But cost and a long-standing belief that the best way to overcome addiction is abstinence are barriers to using any type of medication to help treat opioid addiction, experts said. In addition, methadone and buprenorphine require a special license to distribute and, to be an effective long-term solution, should be continued after many inmate patients are released.

Those two medications also can induce mild opioid effects, which creates the potential for misuse and illicit sales. “They are very valuable commodities in jail,” Klein said.

The jails in San Mateo County, located just south of San Francisco, recently began offering naltrexone, about 20 months ago. Jail officials say they believe the medication will improve patients’ chances of recovery and reduce the likelihood they will return.

“We want to use every tool in the toolbox,” said Akhil Mehra, a psychiatrist at the jails. “It’s not a panacea. … But when used appropriately, it can help people stay sober.”

The county will continue to provide methadone to inmates if they were already taking it in the community, but the current policy is to not start new people on the drug. Buprenorphine is not offered in the jails, but health officials said they may consider it for the future. 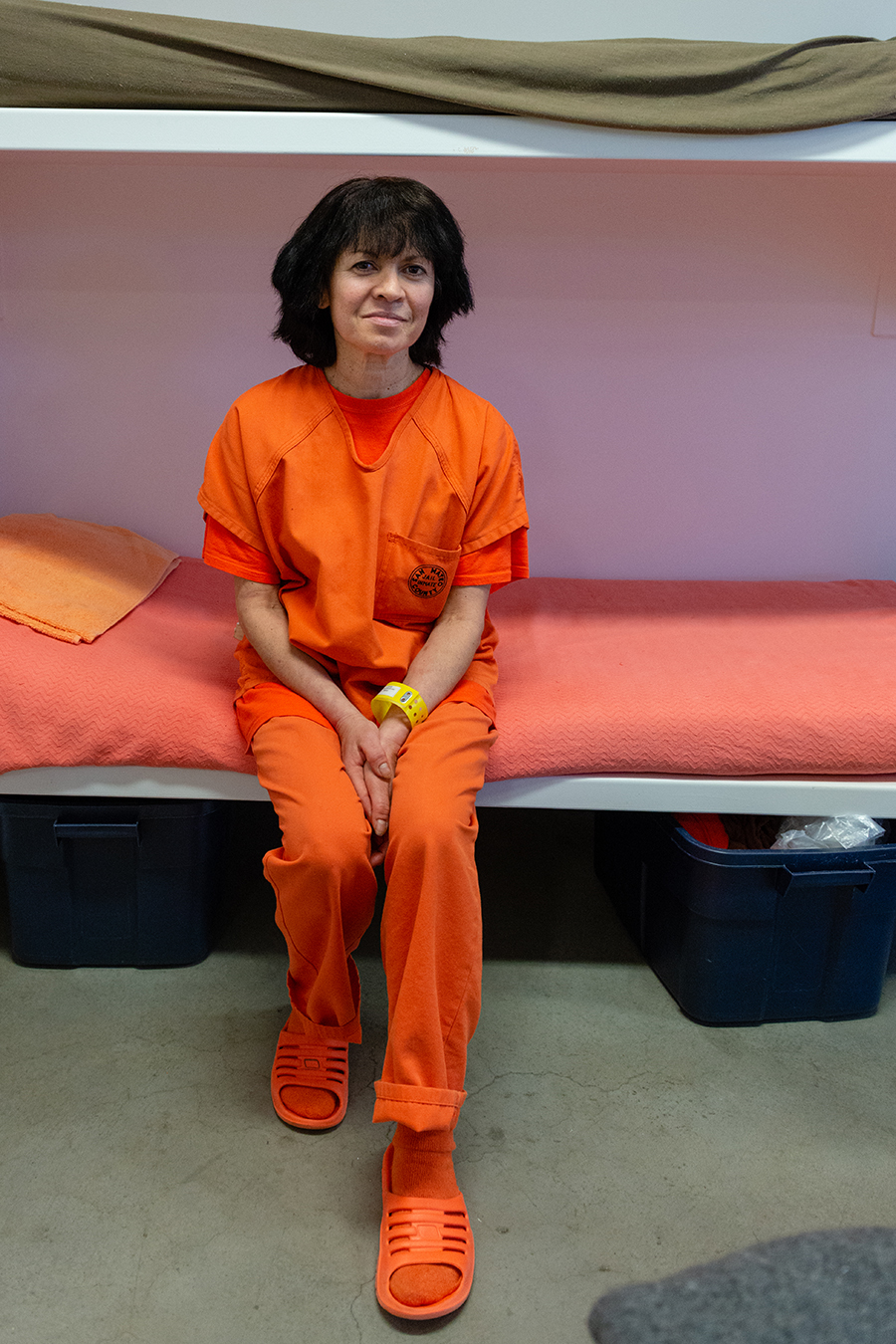 Rosamaria Castillo sits in her dorm-style cell at Maple Street Correctional Center in San Mateo County, Calif. “I want to get back on track, and I need all the help I can get,” Castillo says.(Heidi de Marco/KHN)

One of the San Mateo County inmates taking naltrexone is Rosamaria Castillo, who has been in and out of jail more than two dozen times. She admits to using drugs but said her primary addiction is to alcohol. Now back in jail, Castillo said she is hopeful that anti-addiction medication will help curb her cravings and make her more open to participating in other therapies.

“I want to get back on track, and I need all the help I can get,” Castillo, 60, said as she sat near her dorm-style cell. “I believe it can work for people who are really serious about wanting to get well.”

But Mehra said about half of the inmates evaluated for naltrexone decide not to take it because they are worried about side effects — which can include headaches, joint pain or upset stomach — or they believe they can kick their habits without it.

Another San Mateo County inmate, Rebecca Pro Compton, 32, said she had been in and out of recovery for methamphetamine and heroin abuse since she was a teenager. Pro Compton said she sees naltrexone as just another drug — and a crutch. “As a drug addict, I don’t think it’s beneficial,” she said. Instead, Pro Compton participated in a jail program called Choices that focused on group therapy.

Even some health workers are circumspect about dispensing medicines, including Adrian Maldonado, the San Mateo jails’ program services manager, who said he generally opposes the use of methadone and buprenorphine in jails. He said naltrexone can work for some inmates but should be used only as a “steppingstone” to get them into other forms of treatment that address the broader issue. “The goal is to help that person change their behavior,” he said.

Though few jails dispense medications to treat addiction, experts say they expect that to change over time. The American Society of Addiction Medicine and the American Correctional Association issued a joint statement in February supporting the use of medications behind bars and making specific recommendations on screening, treatment and release.

“Corrections [departments are] starting to understand [their] role in addressing this, and its role is huge,” said Kathleen Maurer, director of addiction services for the Connecticut Department of Corrections, who helped write the statement. 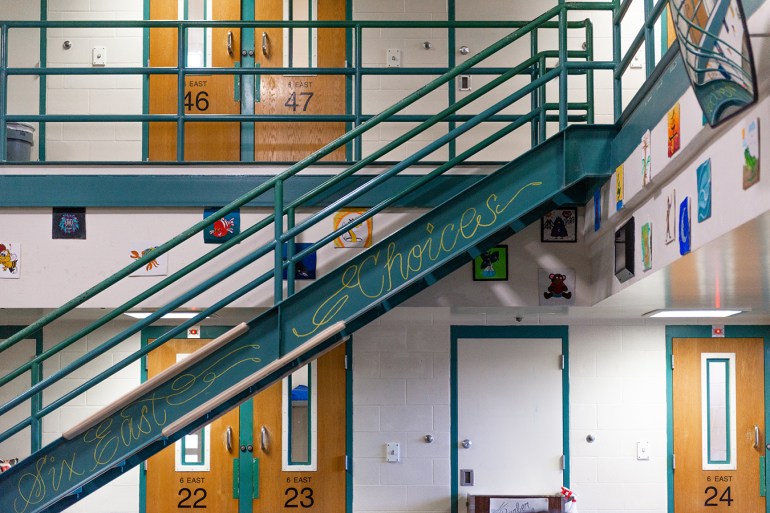 The San Mateo County jails run a program called Choices, where inmates live in special units and engage in group sessions learning how to change their behaviors.(Heidi de Marco/KHN) 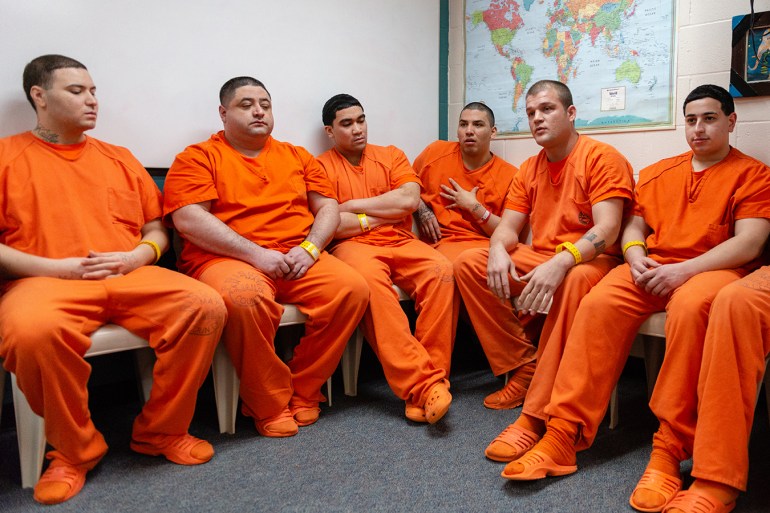 During a recent session at Maguire Correctional Facility, Choices participants sat in a circle discussing conflicts they’d had with one another.(Heidi de Marco/KHN)

One problem that can arise at facilities offering only naltrexone, or no addiction medication at all, is that new inmates who were taking opiates on the outside are suddenly forced to go cold turkey inside, putting them at risk of serious withdrawal symptoms.

Experts said treating opioid addiction behind bars could help address the broader opioid epidemic. Some research has shown providing medication is effective at reducing both the likelihood of relapsing on drugs and returning to jail.

Several programs that provide medication-assisted treatment have demonstrated success, including ones in New York and Rhode Island, which offer the full suite or medications — methadone, buprenorphine and naltrexone. A small study on the Rhode Island program found a 60 percent reduction in opioid overdose deaths among recently freed inmates.

In California, health care decisions in the jails are left to the counties. Los Angeles County is expanding its use of medication-assisted treatment. It currently offers naltrexone but is in the planning stages of offering buprenorphine and methadone, said Arastou Aminzadeh, medical director of addiction medicine services for the L.A. County jails.

The state also is working to expand access to anti-addiction medications for inmates. The California Department of Health Care Services recently announced that counties can apply for grants of up to $25,000 to learn how to effectively implement such treatment in jails and drug courts.

But that is only the beginning. The cost of providing methadone and buprenorphine can reach hundreds per inmate each month, in part because of the medical and security staffing needed to run the programs, Klein said. Naltrexone, on the other hand, is much cheaper to provide. In fact, Maurer said, the company that manufactures the drug has provided it free to some jails.

Marshaling the resources to pay for these programs is a challenge. “This is something new that is coming to corrections budgets,” said Maurer, of the Connecticut Department of Corrections.