Employment rates for people with a serious mental illness are dismally low and getting worse, according to a report from the National Alliance on Mental Illness. Just 17.8 percent of people receiving public mental health services were employed in 2012 – down from 23 percent in 2003. 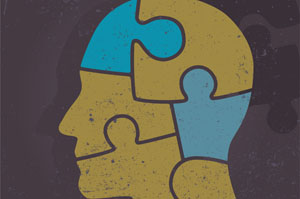 That’s an unemployment rate of more than 80 percent.

“It isn’t surprising,” says Sita Diehl, director of state policy at NAMI and author of the report.  The problem has less to with the workers themselves, she says, and more with the organizations that provide services for people with serious mental illness.  “We knew that mental health services really took it on the chin during the recession. Employment rates had already been dismal to begin with, and when the supports were eroded, people with mental illness lost support and lost jobs.”

Rates of unemployment for people with mental illnesses varied greatly by state – from 92.6 percent in Maine to 56 percent in Wyoming.

Most adults with mental illness want to work, and six in 10 can succeed with the right supports, according to the report. Yet only 1.7 percent received supported employment services in 2012.

Without proper supports, many end up on expensive public programs including Supplemental Security Income (SSI) and Social Security Disability Income (SSDI). People with mental illnesses make up the largest and fastest growing group for both programs.

There are, however, several evidence-based programs to help individuals with mental illnesses find jobs and maintain them.

In La Crosse, Wis., for example, the Family and Children’s Center received funding to offer a supported employment program that currently serves 72 people.

One of them is Pierre Thomas, 30, who suffers from bipolar disorder.  After being released from a hospital, he ended up on the streets.

“I was going downhill and became homeless. I had basically lost everything – friends, family, I was going nowhere,” recalls Thomas.  One day, he stopped by the Family and Children’s Center, where he was connected with a case worker, mental health services and someone he calls his “job person,” who helped him land an interview at the local Hobby Lobby.

With his counselor’s assistance, he landed a job as a stocker in the back room.  They speak every day to “talk about what I can do to help be better at my job,” says Thomas, and she’s connected him with other organizations that helped him get work clothes and transportation.

“It’s built self-confidence,” explains Thomas. “Also it has basically opened the door to talk with other people and interact.”

But programs like the one in La Crosse are few and far between, and they tend to be unevenly implemented and funded in most states, says NAMI’s Diehl.

And SSI and SSDI can present a disincentive to find work, because beneficiaries who start a job may lose Medicaid or Medicare benefits. People in the programs have to prove that they are too sick to work full-time. If they make over a certain threshold, they can lose both their cash benefits and their health insurance.

“During recessions we see a spike in disability,” says David Wittenburg, a senior researcher at Mathematica Policy Research. It’s a trend that has been made worse by a shifts in the labor market.  “There’s an increasing demand for high-skilled labor, and sometimes people with disabilities get left behind.”

Once on SSI or SSDI, he adds, people are unlikely to get off: “The most common reasons for leaving the programs are death or retirement.”

Despite the numbers, NAMI’s Diehl says there’s reason to be hopeful. “Things are coming together right now to really make this a turning point” for individuals with mental illness, she says.  The economy is improving, and the mental health parity law in combination with new insurance options offered under the Affordable Care Act give people new ways to maintain their mental health benefits without staying on Social Security programs.

Mental health coverage, for example, is now a mandated benefit on plans purchased in the individual and small group marketplaces. And people with a mental illness can no longer be denied coverage for having a preexisting condition.

NAMI is calling on state legislatures to bolster their employment assistance to take advantage of the new options.

“If we were able to bring those programs to scale, then people with mental illnesses would be able to live independently and contribute to their local economies,” says Diehl. “The health care cliff is going away.”