It’s hard to stop smoking. But a new report suggests it’s even harder to decipher how your insurance plan covers the cost of treatments to help you quit. 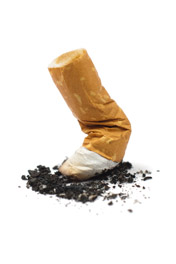 In 2010, the Affordable Care Act required that all new private health insurance plans completely cover preventive services deemed effective by the United States Preventive Services Task Force. Several methods of halting tobacco use, the country’s leading cause of preventable death, made the cut.

Despite effective treatments, a report from the Georgetown University’s Health Policy Institute found that confusing language and inconsistent coverage stood in the way of those trying to use such treatments to kick their habits.  Researchers analyzed 39 contracts in six states chosen for their diversity, and considered federal, state, small-group and individual health insurance policies.

“I went in thinking this is one of those areas we’d see significant compliance because none of the clinical evidence is in dispute,” said Mila Kofman, a lead author of the study and former Maine Superintendent of Insurance.

Instead Kofman said she found that coverage of smoking cessation products and therapy was spotty at best. And with only 3 to 5 percent of smokers being able to quit without assistance, many of the policies fell short.

Prescription and over-the-counter drugs are one example of holes in coverage, according to the report. In the plans purchased by individuals in the private market, medications like nasal sprays, inhalers and lozenges were left out of the contracts altogether. Many of the plans for federal workers had only a partial list of sprays and patches listed.

While the health law requires full coverage of preventive services, several contracts in the sample required cost-sharing, in which consumers pay part of the fee, for counseling treatments and prescription drugs. Researchers said this could confound efforts to crack down on a problem that costs the nation $193 billion annually in direct medical costs and productivity losses.

“Insurance companies that are not covering smoking cessation are truly penny wise and pound foolish,” said Matthew Myers, president of the Campaign For Tobacco Free Kids, an organization that funded the report. He said the U.S. has been successful in cutting tobacco use, but the “clearest and simplest treatments” are hitting an insurance roadblock.

The report called on federal regulators to simplify health law rules and provide model language for insurance companies to explain and implement their preventive coverage.

“Our hope is that the study will be a wake-up call for those trying to implement the Affordable Care Act,” Myers said.