The National Institute of Mental Health has unveiled a five-year strategic plan emphasizing research it hopes will ultimately give clinicians a better understanding of what mental illness looks like inside the brain — before a patient shows outward symptoms. 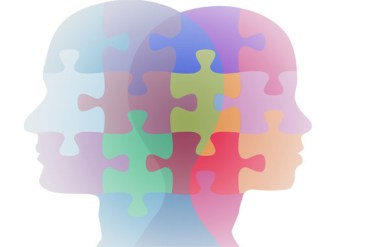 The plan signals investment to figure out the genes associated with mental illness, develop new treatments based on those findings, make sure research findings are eventually implemented into practice and find brain patterns for a range of disorders.

These four objectives form a broad roadmap – part of what NIMH director Thomas R. Insel, M.D., describes as a “path to discover” – beginning with the fundamental science of the brain and behavior, and ending with public health impact. An estimated 9.6 million Americans have a serious mental illness that impairs daily functioning. NIMH is part of the National Institutes of Health.

One of the hopes is that the research will enable health professionals to identify people who are at risk and begin treatment early in the disease process.

Shelli Avenevoli, chief of NIH’s Developmental Trajectories of Mental Disorders Branch, says NIH already has research going on that seeks to get help for people right after their first psychotic break. The trial results have been so promising that Congress required each state, starting last year, to implement a program based on the findings.

“For those of us in this area, it’s an aspirational goal: to identify those at risk as early as possible and hopefully before onset of full syndrome so that we can then not just treat something, but prevent it,” Avenevoli said.

But even with private and public research investment, it could be decades before the scientific advances are applied so that a child could be screened for mental illness with a CT scan or some other such tool, said Paul Gionfriddo, president and CEO of patient advocacy group Mental Health America. He added, though, that science already shows that early signs of mental health problems — sleep problems, unusual risk taking, disorganization and difficulty forming friendships — need to be taken into account when diagnosing mental illness.

“Long before the first psychotic break, these symptoms worsen over time and affect school success, relationships with siblings and parents, and inclination to self-medicate,” Gionfriddo said. “We didn’t wait until we had a cure for cancer before doing early identification and starting to fight it, and we can’t afford to wait until we have a cure for psychosis before fighting that either.”

Shifting resources from treating people when they have a full-blown illness to when they are just presenting symptoms or have an irregular brain scan will mean a change in how the mental health system works, said Ken Duckworth, medical director for patient advocacy and lobbying group the National Alliance for Mental Illness. “NIMH is helping to drive a culture change,” he added.

But despite the promise, some experts also offer reminders that even with such advances there will still be room for error.

“They’re looking for a perfect indicator before intervention, but is anyone noticing what’s going on with mammograms and other imperfect early indicators that work well enough, but have flaws? Elevated cholesterol levels don’t necessarily mean you’ll have a heart attack,” and the same will be true for mental illness, said William McFarlane, director at the Center for Psychiatric Research at the Maine Medical Center in Portland, Maine.

Research Plan Could Drive ‘Culture Change’ In How Mental Illness Is Diagnosed, Treated