It’s a program set up by the federal health law that many people have never heard about: an independent organization charged with bringing health care professionals and patients together in cooperative research ventures to find the best treatments for ailments ranging from diabetes to depression.

The Patient-Centered Outcomes Research Institute (PCORI) already has funded 468 studies, and last month opened the second phase of a program to create research networks covering specific diseases and involving millions of patients across the country. 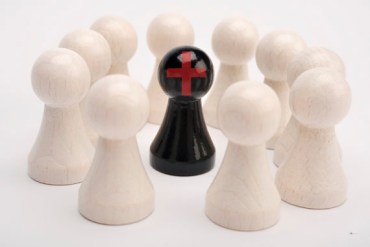 The institute’s work, known as “comparative effectiveness research,” poses deceptively simple questions to find out vital information about which therapy or medication works best in the real world. Institute research goes beyond clinical trials and so-called “best practices” and extracts evidence from the individual experiences of massive numbers of patients.

Early results are encouraging. For example, many older patients fear the side effects of blood thinners, even though they decrease the incidence of stroke by 50 percent, but an institute study of 12,500 stroke patients with atrial fibrillation found that the use of the blood thinning drug warfarin worked just as well without causing undue bleeding for patients over 80 as it did for younger patients. Another study of children suffering from osteomyelitis, a bacterial bone inflammation, found that kids could take antibiotics orally instead of through an IV, a complicated and unpleasant procedure with risk of infection. The study reached that assessment after reviewing data from more than 2,000 children and adolescents treated at 36 children’s hospitals that have various protocols for handling the disease.

“We like studies embedded in real world settings, with big samples,” said Joe Selby, the institute’s executive director who is also a family practitioner, “in part because you want to be sure of the answer.”

Yet, some experts caution that it is too soon to proclaim the institute a success: “The jury is still out,” said Emory University Health economist Victoria Phillips. “We’ll need to look at what they deliver. Does the focus on patients disseminate the evidence more quickly and lead to faster implementation?” she asked. Other questions she raised: Is the integration between patients and researchers a success? Could another party do it more cheaply?

The institute, established in 2011as part of the Affordable Care Act, had a rocky beginning, with Republican opponents charging that it would be used to ration health care or even to serve as a “death panel” to determine who gets treatment and who does not.  But the work has gone forward and raised few, if any, complaints.

The institute is a nonprofit financed from a trust fund set up by the Affordable Care Act that is expected to provide around $3 billion that must be spent by the end of 2020.

“Our job is to provide evidence,” Selby said. “We do not make policy or write guidelines. What patients and clinicians do with the evidence will be done by them, not us.”

In 2014 the institute launched the Patient-Centered Outcomes Research Networks, a program creating formal organizations overseen by medical professionals with patient participation and capable of conducting research surveys and studies into many diseases and conditions. These include both Clinical Data Research Networks, usually based at large university medical centers with access to repositories of millions of electronic health records, and Patient-Powered Research Networks that link thousands of patient volunteers with academic partners. The institute funded the first phase of the program for $93.5 million. Phase Two began Oct. 1 and will cost $142.5 million for three years.

Instead of merely funding individual studies, the networks give the institute additional tools for researchers to conduct multiple studies with resources already in place. Clinical Data Networks could enable medical professionals to query the records of millions of patients to learn the results of past or current medical care. One of the first trials set for this network is to determine the optimal daily dose of aspirin to help prevent heart attack or stroke in people with coronary artery disease.

In both types of networks, leaders vet research proposals, query their groups and send the resulting data to the research teams. The teams do not see patients’ individual medical records. Institute-funded studies must be peer-reviewed, and researchers must also prepare separate 500-word summaries of their results for clinicians and patients and post them on the institute’s website.

Each clinical network is required to research one common condition and one rare condition, but over time they are expected to be able to address practically any disease. So far, there are 13 clinical networks examining conditions that include breast cancer, anemia and atrial fibrillation, muscular dystrophy, cystic fibrosis and congenital heart defects.

“We’re trying to build a model that’s cheaper to use and more efficient” than conventional research trials, said Russell L. Rothman, a primary care physician and leader of the Mid-South Clinical Data Research Network, which is based at Vanderbilt University in Nashville but can draw on a sample base of 9 million patients in its region. The network’s early work has focused on coronary heart disease, especially on disparities in care, and sickle cell anemia.

Rothman said the network has spent its first 18 months making record systems compatible and appointing committees of physicians, patients and other health care providers to vet research requests. “We can use electronic health record data, to identify patients with a particular condition and follow them over time,” he added.

Health economist Rachael Fleurence, in charge of supervising the networks and developing reliable methodologies for them, said her program has worked at “getting everybody organized” but the networks have now begun to do research.

One of the more unusual new networks is focused on care for mental health problems, especially depression, in underserved communities in Los Angeles and New Orleans.

Called the Community and Patient Participatory Research Network, the initiative grew from a collaboration begun by University of California at Los Angeles psychiatrist Kenneth Wells and Loretta Jones, the founder of the Los Angeles-based community organization Healthy African-American Families.

“It was very difficult to get the community to talk about depression,” Jones said, but in 2003 she and Wells sponsored a conference where they asked community members what was needed. The conference helped spur efforts to improve mental health care opportunities in the community. The network they built, now one of the institute’s Phase 2 Patient Participatory networks, expanded its model to New Orleans after Hurricane Katrina, and today involves as many as 250,000 people in Louisiana and California.

The key feature of comparative effectiveness research, no matter how it is conducted, is to “improve patient care,” the Mid-South’s Rothman said. “Clinical trials typically test the effects of drugs against a placebo, while comparative effectiveness research compares one standard treatment to another in a real world situation to see what works better. We’re taking the next step.”