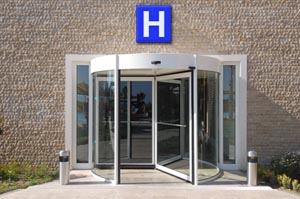 Medicare revised its penalties from the new Readmissions Reduction Program at the end of September after discovering it had made small errors in its calculations affecting more than 1,400 hospitals. The end results of those alterations were minor, and KHN’s new analysis shows that the geographic distribution of penalties around the country did not change in any significant way after Medicare corrected its punishments.

A total of 2,217 hospitals, or 71 percent of those eligible, are receiving penalties for having too many patients with heart attacks, heart failure or pneumonia return within 30 days. Only hospitals with at least 25 heart failure, heart attack or pneumonia cases for Medicare to evaluate were eligible. (Medicare also excluded critical access hospitals, certain cancer hospitals and all hospitals in Maryland and Puerto Rico.) A total of 307 hospitals received the maximum penalty: a reduction of 1 percent in all of Medicare’s reimbursements for the fiscal year that began Oct. 1.

KHN’s interactive charts breaking the penalties down by state and hospital referral region have been updated with the new data. Penalties for individual hospitals were updated earlier this month and can be viewed on as a PDF chart or downloaded as a csv file.

The new geographic data show that: 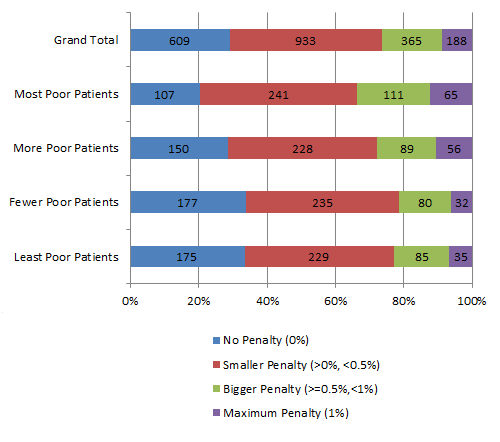