In its effort to crack down on repeat hospitalizations, Medicare has its own readmission: for the second time in six months, it has erred in calculating penalties for more than 1,000 of the nation’s hospitals.

As a result, Medicare has slightly lessened its readmissions penalties for 1,246 hospitals as part of its new program pressuring hospitals to ensure patients stay healthy health after they leave. St. Claire Regional Medical Center in Morehead, Ky., is seeing its penalty drop the most, from 0.93 percent to 0.72 percent of every payment Medicare makes for a patient during the fiscal year that ends in September, according to a Kaiser Health News analysis of the new data, which Medicare published on its website.

Readmission penalties for individual hospitals are available as:

Medicare also modestly increased the penalties for 226 hospitals. LaSalle General Hospital in Jena, La., will see its penalty grow by the greatest percentage. LaSalle will lose 0.84 percent of each Medicare payment per patient, instead of the 0.65 percent reduction Medicare previously announced.

The payment changes for most hospitals were minute, averaging 0.03 percent of each reimbursement. Overall, hospitals will pay $10 million less in penalties than previously calculated, for a total of $280 million this year. The changes are retroactive to October 2012, when the program began.

The Hospital Readmissions Reduction Program was created by the federal health law. It is part of the first wave of changes the federal government is making to the health care system to have Medicare payments reflect the quality of care patients receive.

In response, hospitals across the country have been hustling to thwart readmissions. Some are giving out free prescriptions to patients who can’t afford them. Others are making check-up appointments and dispatching nurses to patients’ homes.

Last month, Jonathan Blum, a top Medicare official, told a U.S. Senate committee that the national readmission rate dropped to 17.8 percent in the last three months of 2012 “after fluctuating between 18.5 percent and 19.5 percent for the past five years.”

“This decrease is an early sign that our payment and delivery reforms are having an impact,” Blum testified.

Under the program, the government is looking at the number of heart attack, heart failure and pneumonia patients who return to the hospital within 30 days of discharge. Hospitals with more readmissions than Medicare expected given their mix of patients are penalized by losing up to 1 percent of their regular payments. The maximum penalty ramps up to 2 percent starting this October and grows to 3 percent the following year. 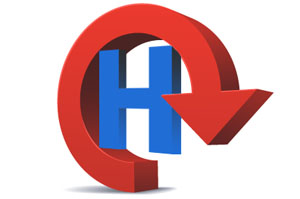 The penalties have not been popular with hospital executives, with many complaining that they are excessive and unfair to hospitals with large numbers of low-income patients, who tend to be readmitted more frequently. In an article this month in the New England Journal of Medicine, two Harvard professors who have been critical of the program, Drs. Karen Joynt and Ashish Jha, urged changes, writing that the program “will penalize hospitals that care for the sickest and the poorest Americans, largely because readmissions are driven by the severity of underlying illness and social instability at home.”

So far, the Centers for Medicare & Medicaid Services has declined to change the program. But the Medicare Payment Advisory Commission, an influential panel that reports to Congress, is looking at possible changes that would result in lower or no penalties for many hospitals. Those options include decreasing penalties if the hospital industry as a whole lowers readmissions, and taking the economic profile of a hospital’s patients into account when setting the penalties.

At a meeting last week, MedPAC commissioners expressed enthusiasm for backing some version of these changes. None of these changes, however, could be made unilaterally by Medicare; they would need to go through Congress, a politically dicey route considering the ongoing disagreement about the health care law.

The technical side of enacting the penalties has been just as complicated. Medicare originally released the penalties last August, but then revised them at the end of September after determining that it had left some patients out of its calculations. That change increased penalties for 1,422 hospitals and decreased them for 55 others. “Since that time, we have determined that these corrections still contained errors,” Medicare wrote in a correction note dated March 7 and posted on its website this week.

This second correction brings many hospitals closer to where they originally were. In fact, 329 hospitals that had their penalties altered in September are now having their initial penalties restored. But for some, life has gotten increasingly tougher: Magnolia Regional Medical Center in Magnolia, Ark., had initially seen its penalty rise from 0.92 percent to 0.98, and now to the maximum of 1 percent.

Three hospitals facing penalties no longer will: Kettering Medical Center in Kettering, Ohio; Providence Willamette Falls Medical Center in Oregon City, Ore.; and Community General Hospital in Dilley, Texas. All three had been facing the smallest possible penalty, a hundredth of a percent.

The total number of penalized hospitals is 2,213, roughly two-thirds of hospitals whose readmission rates were reviewed. The number of hospitals receiving the maximum 1 percent penalty decreased from 307 to 276.

Kaiser Health News had earlier published the penalties for all hospitals and has updated its printable PDF chart and downloadable CSV file with the corrected readmission penalties.