As we get closer to 2014, consumers are being surrounded by news coverage, ads and opinions about the health law. And many of them are turning to their doctors for advice. The American Medical Association wants to help doctors with answers. 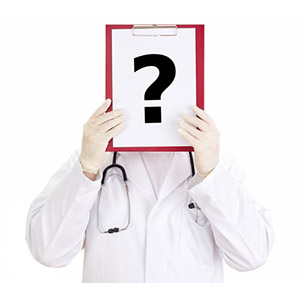 Today, the AMA is launching a new website  to help answer frequently asked questions that physicians might hear from patients, such as “Why should I care about the health reform law?” (the answer notes that as of Jan. 1, most people will have to have insurance or pay a penalty) and  “Can I keep my own doctor?” (answer: “That depends on the plan you choose and whether your physician is in the plan’s network”).

The website also aims to explain the law’s online marketplaces, or exchanges, which open for enrollment Oct. 1 with coverage beginning on Jan. 1.

The AMA guidance frequently links back to healthcare.gov, the official federal government website for the health care law. But it also makes clear to members that the organization doesn’t agree with everything in the Affordable Care Act, or the ACA.

The group is pressing for elimination of the law’s Independent Payment Advisory Board, a 15-member advisory panel created to make recommendations to Congress on how to control Medicare expenditures if spending goes beyond a certain target. Republicans — and some Democrats — have denounced the concept, saying it would ration care and would eclipse congressional authority over Medicare. Backers have countered that the IPAB is needed to hold down Medicare spending and that Congress does have the authority to stop the panel’s recommendations from taking effect if it chooses. Regardless, in 2011, the Congressional Budget Office said that Medicare spending is below the threshold that requires action.

Meanwhile, the AMA is pushing for Congress to act this year on something not included in the ACA:  a full repeal of sustainable growth rate, a Medicare payment formula that calls for a 25 percent cut in Medicare physician payments Jan. 1 unless Congress intervenes.