NorthBay Adventure is the kind of small business that could be expected to buy medical insurance for workers under sweeping health-act rules taking effect in 2014. But executive director George Comfort says that’s not likely to happen.

Instead, NorthBay became self-insured last year, paying most of its workers’ health costs directly, a practice more typical of large employers.  The decision to self-insure was about free choice, savings and what’s best for his company, Comfort says. 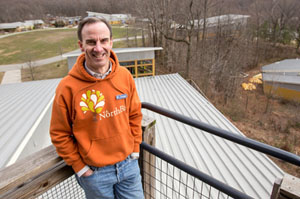 George Comfort, NorthBay Adventure’s executive director, found he could save money on health coverage for his young workforce by self-insuring (Photoby Kyle Grantham for USA TODAY).

But others see it as a threat to the Affordable Care Act. As more small employers like NorthBay avoid the health act’s requirements through self-coverage, small-business marketplaces intended to cover millions of Americans could break down and become unaffordable, they say.

“What you’ve got is basically a loophole for the small employer to get out of the ACA requirements,” says Robert Laszewski, a Virginia-based consultant and former insurance executive.

To employees, medical self-insurance looks like a regular health plan. Self-insured employers pay for most worker health costs directly, though they contract with an insurer or other company to administer claims. The employers also buy coverage known as stop-loss for claims exceeding a certain amount. Brokers say a growing number of firms see such plans as low-cost alternatives to conventional coverage because they’re exempt from ACA requirements such as insurance taxes and specified benefits.

NorthBay, which is located on the north shore of Maryland’s Chesapeake Bay and delivers outdoors education to sixth-graders, saves some 45 percent on self-insured health costs for its 60 or so covered employees compared with the price of regular coverage, says Comfort.

“We have a very young workforce,” says Comfort. “Our average age is at or below 30. So we have a very healthy group.”

But if too many small companies take a similar route, insurance plans for small businesses will be stuck with older and sicker members, say policy scholars.

Under some conditions, such a dynamic could drive up the cost of traditional insurance by as much as 25 percent, says Matthew Buettgens, a researcher at the Urban Institute, at a time when many already worry about the affordability of coverage next year.

That undermines a basic feature of the exchanges: the “community rating” obliging insurers to offer similar prices to all comers, spreading the cost of care among well and sick alike. In a worst-case scenario, small employers will self-insure when workers are healthy, avoiding community rating, and then immediately buy price-controlled coverage on the exchanges if someone becomes gravely ill.

Health-act advocates especially worry that firms with fewer than 50 employees will self-insure. Those companies aren’t required to offer policies under the health law but many are expected to buy in online marketplaces, also known as exchanges, scheduled to open in October.

However, self-insurance might be the only way some struggling employers can afford medical coverage, says Michael Ferguson, chief operating officer at the Self-Insurance Institute of America, an industry group.

Even so, he disputes the notion that firms and stop-loss companies can “cherry pick” the system by self-insuring only when workers appear healthy. Even young people have accidents and get sick, he says, adding that companies often know less about employees’ health than they think.

“The idea about employers gaming the system is just a canard,” he says.

The key to self-insurance for small companies is stop-loss coverage, which often kicks in when medical costs per worker are as low as $10,000 or $20,000, limiting the employer’s risk almost as well as a regular plan. Brokers report brisk sales of self-insured plans and this backstop coverage. 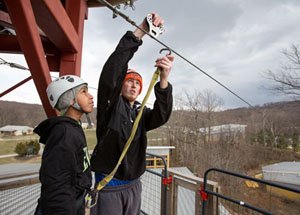 The average size of self-insured companies Fear handles is between 25 and 30 workers, he estimates. His business for firms with fewer than 100 employees doubled in the last year, he says.

At BSI Strategic Consulting, a Fresno, Calif., firm that helps small companies self-insure, “our business has more than doubled in the last six months,” says CEO Lawrence Thompson. “There’s a lot more interest in self-funding than I’ve seen in the last 32 years.”

“A lot of it comes down to what’s going on in Washington,” says Donald Drelich, CEO of D.W. Van Dyke, a Connecticut insurance consultant. “People are seeing the cost of insurance rising because of the things that are being added [under the ACA], so they’re exploring other possibilities.”

Self-coverage is exempt from ACA premium taxes estimated to raise prices from 2 percent to 4 percent, as well as from the health law’s “essential benefit” and community rating rules. Employers such as NorthBay’s Comfort say that gives them the flexibility to tailor plans for their workers.

For insurers, there may be another reason to promote stop-loss policies: They aren’t subject to the health act’s limit on profits, which requires at least 80 percent of premiums for small business to be spent on medical care.

Officials in some states are trying to limit self-coverage. California, Rhode Island and Minnesota are considering legislation that raises the point at which stop-loss insurance kicks in, reducing or eliminating small firms’ ability to self-insure.

Last month the self-insurance institute formed an alliance with the National Retail Federation and other business groups to oppose such measures. If the idea behind the ACA is to increase health coverage, such groups ask, why would anybody want to limit small businesses’ ability to offer self-insured plans?

“To the employers it looks like health insurance, it feels like health insurance, and it’s less costly,” says David Burton, general counsel for the National Small Business Association. “Do you want to set up a situation where an IBM or a GM can be self-insured — or even a small company with 100 or 150 employees —and the smaller guys don’t have that option?  I don’t see the logic in that.”