About 12 percent of people receiving the Medicare prescription drug benefit in 2009 fell into the gap in coverage — the much maligned “doughnut hole” — according to a study released today. 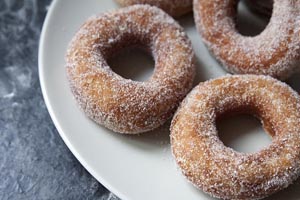 Photo by Edward Kimber via Flicrk

While in the doughnut hole beneficiaries bought fewer drugs, including about 11 percent fewer monthly prescriptions in 2009, compared to when they’re still getting prescriptions subsidized, said the study by the Kaiser Family Foundation. (KHN is an editorially independent program of the foundation). Other studies have shown a similar effect.

Excluding low-income Medicare enrollees who qualify for financial assistance and are not subject to the doughnut hole, there were 19 percent of beneficiaries in the coverage gap in 2009, the study said. That percentage has been shrinking, most likely due to the increase in cheaper generic drugs being offered, the study said.

The doughnut hole in 2009, the latest data in this study, started after the plan and the beneficiary paid a total of $2,700. Then, an individual was responsible for all of their medication costs until he or she had paid $4,350 in out-of-pocket costs.

After they come out of the “hole,”  Medicare picks up about 95 percent of the costs. Less than 3 percent of Medicare drug beneficiaries, excluding low-income beneficiaries, reach that catastrophic-coverage level, the study found.

This year, because of the federal health law, beneficiaries are getting a 50 percent discount off brand name drugs while in the doughnut hole. The benefit is important because few Medicare drug plans provide any gap coverage, and those who do charge much higher rates, according to a separate study released by the Kaiser Foundation.  This year, beneficiaries also get a 7 percent discount off generic drugs.

In 2012, the 50 percent brand discount remains and the generic drug discount doubles from 7 percent to 14 percent.