A major medical group issued ethical guidelines on Monday that take the provocative position of urging doctors to consider cost-effectiveness when deciding how to treat their patients. 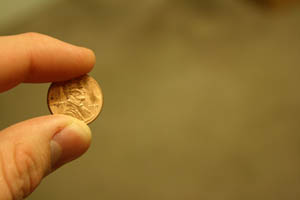 The American College of Physicians, the second-largest U.S. doctors’ group after the American Medical Association, included the recommendation in the latest version of its ethics manual, which provides guidance for some 132,000 internists nationwide.

“The cost of health care in the United States is twice that of any other industrialized countries and we are not providing care to as many people as they do in other places, and we don’t even have as good outcomes,” said Dr. Virginia Hood, president of the group. “So given that, we really have to look at ways of doing things better.”

One way to do things better is for individual doctors to think harder about the tests and treatments they give their patients, she said. More is not always better; in fact, it can often do more harm than good, she said.

“Every time you prescribe something for a patient or subject them to some kind of investigation there’s a risk of harm,” she said in a telephone interview. “So the concept of doing less is actually a really good concept, not a negative concept.”

As a result, the sixth edition of the manual, which is being published in the current issue of the Annals of Internal Medicine, includes the following passage:

“In making recommendations to patients, designing practice guidelines and formularies, and making decisions on medical benefits review boards, physicians considered judgments should reflect the best available evidence in the biomedical literature, including data on the cost-effectiveness of different clinical approaches.”

“We also have to realize that if we don’t think about how resources are used in an overall sense then there won’t be enough health care dollars for our individual patients. So while concentrating on our individual patients and what they need we also to think on this bigger level both for their benefit and for the well-being of the community at large.”

Many health care policy experts say the guidelines are right on target. In an editorial accompanying the new guidelines, bioethicist Dr. Ezekiel Emanuel of the University of Pennsylvania calls the statement “truly remarkable” for taking on the sensitive issue so directly.

Emanuel has advised the Obama administration on health policy and has long advocated this way of thinking. It’s a position that provokes strong resistance from those worried about the federal government rationing health care.

And even those who support the concept in theory, are alarmed by some of the language used, especially this part:

“Parsimonious care that utilizes the most efficient means to effectively diagnose a condition and treat a patient respects the need to use resources wisely and to help ensure that resources are equitably available.”

The word “parsimonious” strikes some as worrisome, almost Dickensian. “It’s going well beyond just giving advice to physicians about just being cognizant of the fact that we should use resources efficiently,” said Dr. Scott Gottlieb of the American Enterprise Institute. “I think that that’s generally accepted in medical practice right now.”

For Gottlieb, a parsimonious approach to medicine “really implies that care should be withheld. There’s no definition of parsimonious that I know of that doesn’t imply some kind of negative connotation in terms of being stingy about how you allocate something.”

For her part, Hood defended the wording, arguing the college simply means that efficient health care is good health care — both economically and medically. “Parsimonious is a good word in the sense that it means that you use only what’s necessary,” she said. “I don’t see a particular problems with that. Maybe it has some connotations where people think frugality or being parsimonious is the same as being mean or inadequate. But I don’t think that is the real meaning of that word.”

Even those who think doctors have to find ways to be more efficient, think the college’s position could fuel the already polarized struggle over costs. And that’s a fight that’s only likely to intensify in the coming year as the debate over the federal health care overhaul continues and the government pours millions of dollars into research aimed at providing doctors with better information about which tests and treatments work best.

“If you say say certain things will not be cost-effective, they’re not worth the money, well that’s rationing, particularly if some patients might benefit or simply some might desire it whether they benefit or not, whether it benefits them or not. So that’s where this all becomes a real viper’s pit,” said Daniel Callahan of the Hastings Center, a bioethics think tank.

Should Doctors Be ‘Parsimonious’ About Health Care?