CHICAGO — The day before his 30th birthday, Marqus Valentine was in a panic. “I was so scared for midnight to come rolling around because subconsciously I was like, ‘This is it. Tomorrow’s my last day on Earth,’” he said.

Valentine has sickle cell disease, an inherited blood disorder, and his doctors had warned him throughout his life that he was not likely to make it to 30.

That birthday passed without event, and so have four more. Still, Valentine’s disease has left him severely disabled and ill. “Instead of 34, I feel like I’m 68, just with all the stuff I’ve been through,” he said.

He uses a portable oxygen tank, needs a hip replacement and sleeps in a hospital bed on the first floor of his parents’ house — he is in too much pain to make it up the stairs to his bedroom. And an early death still looms: “I could wake up in the morning, brush my teeth, eat breakfast and by the time afternoon comes rolling around, I could possibly be dead.”

Like many people with sickle cell, Valentine has watched as one successful advocacy campaign after another brought attention and resources to other disorders, including breast cancer, HIV, cystic fibrosis and Lou Gehrig’s disease (amyotrophic lateral sclerosis or ALS). But little is heard about sickle cell. With drug development and other treatments, outcomes for the vast majority of diseases have improved over the past few decades, while life expectancy for sickle cell patients has declined.

To sickle cell patients and their families — most of whom are African-American — efforts to fight the disease appear slow, underfunded, ineffective or too limited in scope, perpetuating disparities that have existed for more than a century.

“You feel like the baldheaded stepchild that no one cares about,” Valentine said from his bed at Edward Hospital in Naperville, Ill., where he was recovering from one of his bimonthly blood transfusions. A catheter dangled from his neck. “What about us? We’re here too.”

Sickle cell disease affects an estimated 100,000 people in the United States, causing chronic pain, multi-organ failure and stroke. With annual costs to treat the disease soaring past $1 billion, new efforts are afoot to improve the lot of patients. But each of these developments faces limitations and obstacles:

Meanwhile, most sickle cell patients struggle to access even the most basic care.

“It’s appalling. This country ought to be ashamed of itself,” said Valentine’s mother, Francesca Valentine, who has been a registered nurse for over 35 years and, with Marqus and the rest of the family, has become an activist for sickle cell patients. “I am baffled that in 2017, we’re still not treating the disease based on science, and we still deal with racism and stigma and inaccurate information.” 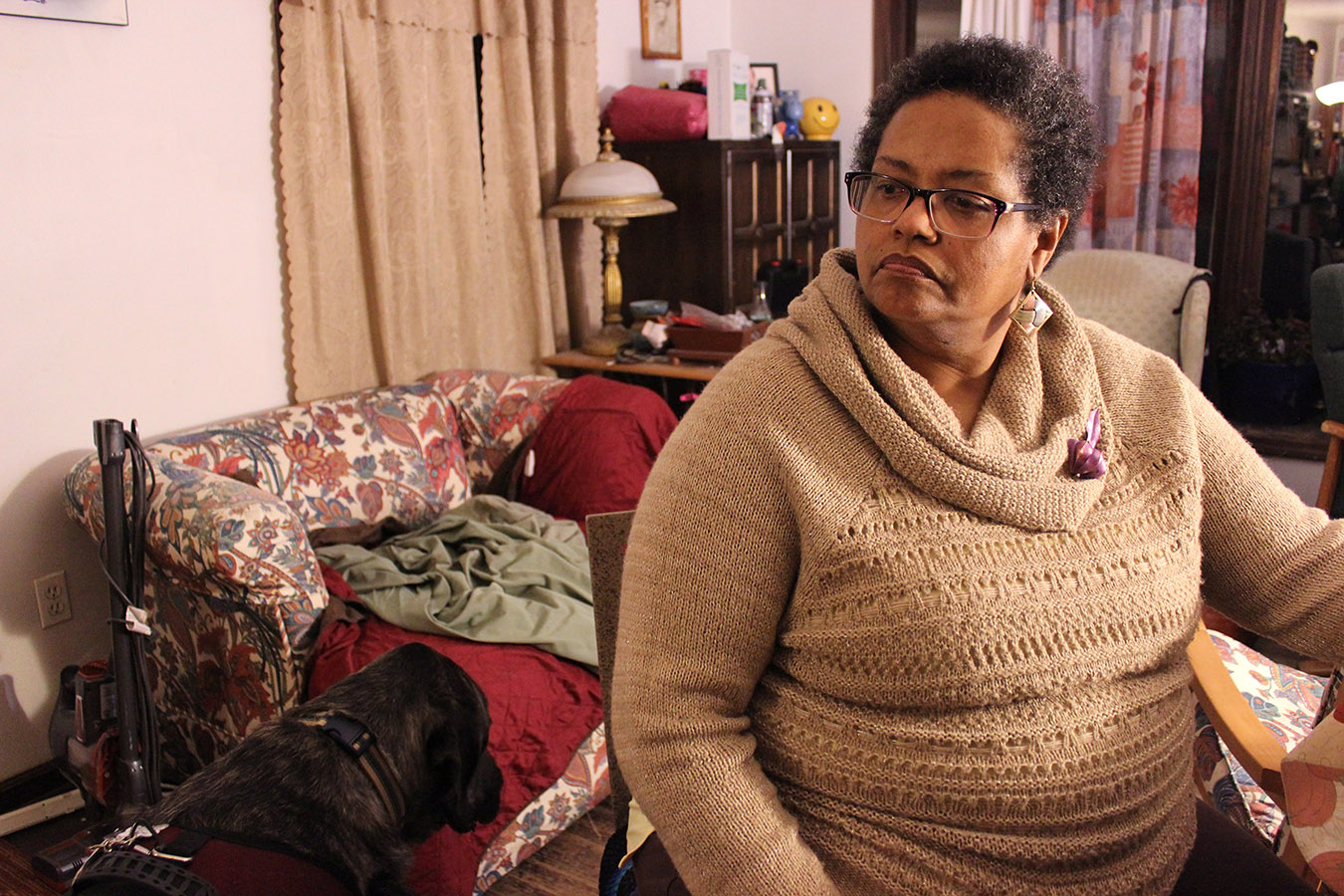 The Fight For Medicine

Francesca Valentine is gearing up for a fight with her insurance company over Endari, the new FDA-approved drug, which will likely be on the market in January. Endari is a highly refined version of a nutritional supplement called L-Glutamine, which has been shown to relax the stiff, sickle-shaped red blood cells of people with the disease. It’s the first of a number of new drugs in the pipeline and will cost about $3,300 per month for the average adult.

But many insurers plan to restrict how the drug covered.

Several, including the Valentines’ Blue Cross Blue Shield’s Federal Employee Program, will cover Endari only if patients have “failed first” at other treatments, including blood transfusions and hydroxyurea (the only other drug available to treat sickle cell) — even though in studies Endari appeared to be of benefit when given in conjunction with other treatments.

At least one insurer, Cigna, which covers 15 million people, says it will not cover Endari at all because it is a nutritional supplement.

If insurance doesn’t cover the drug for her son, Francesca Valentine said she and her husband would both need second jobs to afford it. Because Marqus is disabled, he is on his mother’s insurance plan, which she gets through her job at the Department of Veterans Affairs. If necessary, she plans to challenge her insurer by writing letters explaining the science. “It’s like this disease has to fight for everything. We should not have to fight for everything,” she said. 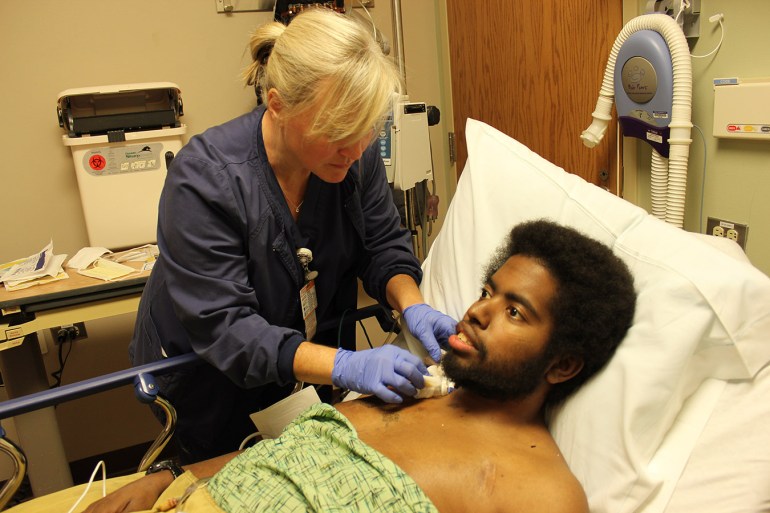 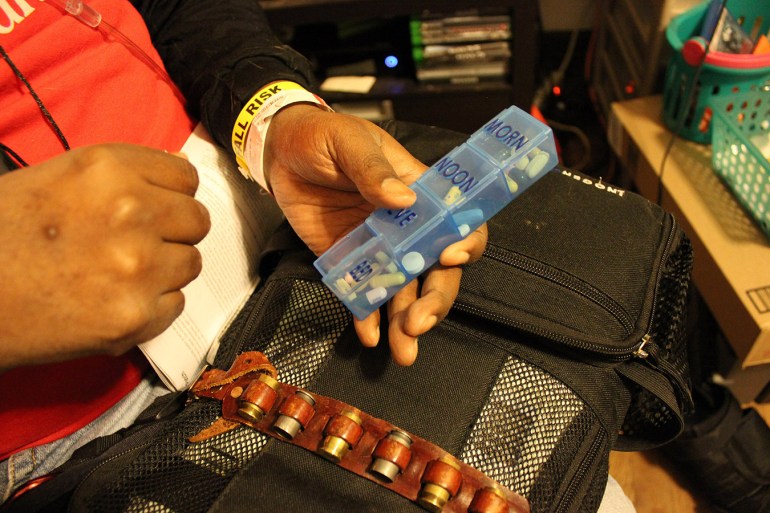 While the Valentines and many other sickle cell families have high hopes for Endari, doctors already question whether it will mark a significant improvement in care.

And because Endari is a powder that must be taken twice a day, Lanzkron worries it will be an inconvenience for patients, leading to poor compliance.

As it stands, few patients even receive the current standard of care: hydroxyurea. The chemotherapy drug, approved for sickle cell treatment in 1998, is considered safe and costs less than $100 per month.

About 3 in 4 sickle cell patients who could benefit from hydroxyurea are not being treated with it, according to a study published in 2015 in the Journal of the American Medical Association.

Some patients do not want to take it because of side effects such as hair loss, skin changes and nausea, but many others lack access to doctors who understand how to prescribe the drug.

“What amazed me are the number of people in their 30s who have never seen a hematologist,” said Julie Kanter, who runs the sickle cell program at the Medical University of South Carolina in Charleston. Many hematologists do not treat sickle cell patients, and a 2014 survey found that just 20 percent of family physicians are comfortable caring for them, mainly due to a lack of training on the complex disease.

“In general, 80 percent of the patients are not well cared for, are not on the right medications and have not been screened for the right issues,” said Kanter. 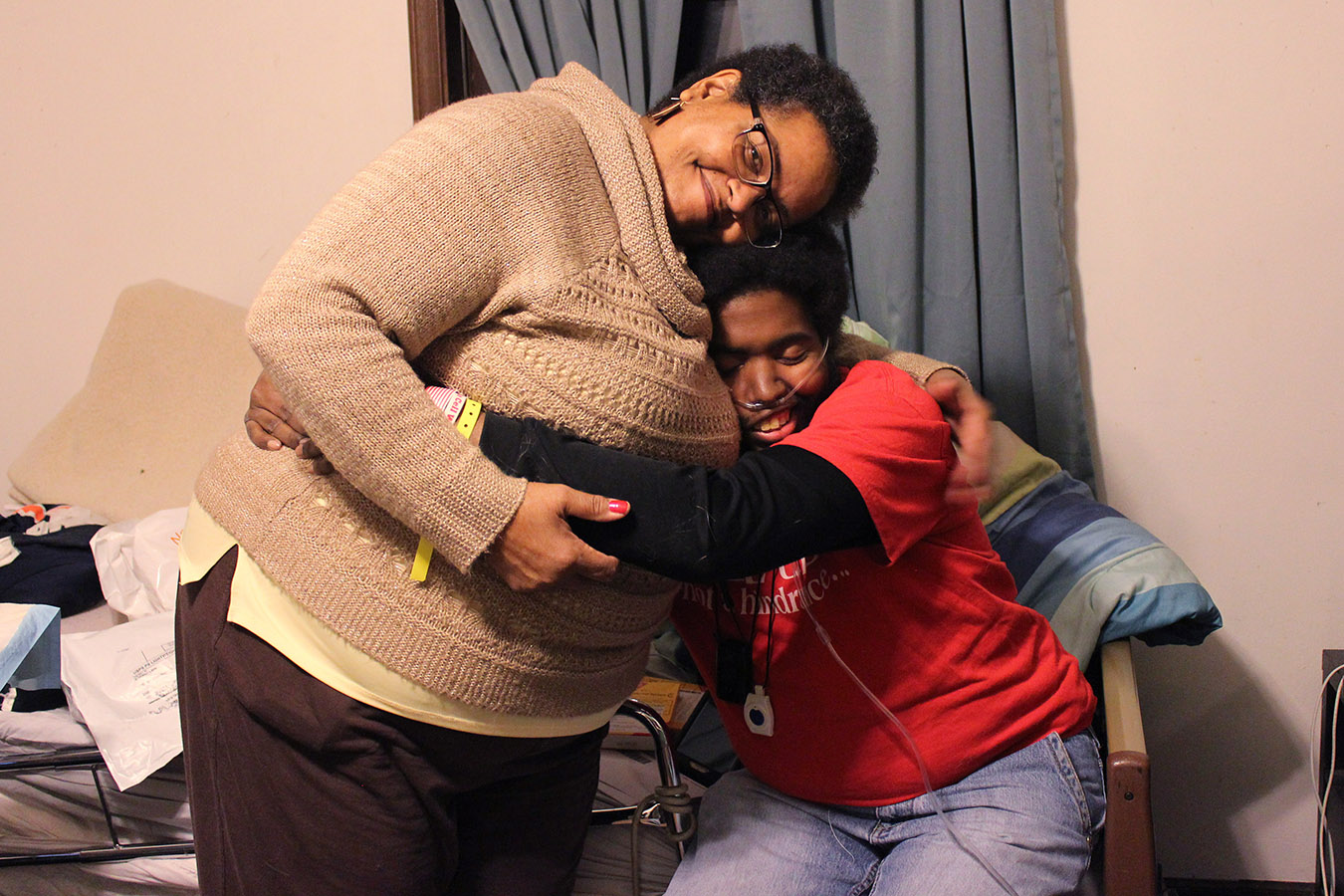 Francesca Valentine has been advocating for her son Marqus, who has sickle cell disease, since he was born. (Jenny Gold/Kaiser Health News)

The Fight For Informed Care

Instead, these patients often go to emergency rooms in severe pain, as the misshapen red blood cells clog the vessels and cut off oxygen to joints and organs.

“It feels like you want to die almost. You just want the pain to stop — nothing but pure, unfiltered pain,” Marqus Valentine described. “Your mind starts to race, your brain cannot process it. And it just doesn’t stop. It does not stop until someone intervenes and you get medication.”

But emergency room doctors rarely understand how to treat these crises, and many patients are misdiagnosed and inappropriately sent home, said Patricia Kavanagh, a pediatrician and emergency department physician at Boston Medical Center. “What we learn about sickle cell disease in med school is usually covered in 20 minutes.”

Nearly 40 percent of sickle cell patients have to be readmitted to the hospital within 30 days — more than for any other diagnosis, according to the federal government’s Agency for Healthcare Research and Quality.

Kavanagh brought protocols established by national experts for sickle cell treatment to her own emergency room, but says ER doctors are “coming late to the table.”

In 2014, the National Heart, Lung, and Blood Institute, part of the National Institutes of Health, put out guidelines for physicians, and 11 national organizations endorsed the protocols — not the American College of Emergency Physicians (ACEP), however.

Recently, Kavanagh has been working with ACEP to get more emergency departments to adopt the guidelines and to triage sickle cell patients faster, so they don’t have to wait for care in a crisis or get misdiagnosed.

But protocols are only as good as the science behind them, and “the evidence for most of the guidelines is not strong,” because there have not been enough studies on the disease, said Rosalyn Stewart, a Johns Hopkins physician who is an investigator on a federal grant to improve care for people with sickle cell.

“In the totality of health care, the research that has been devoted to sickle cell has been very small compared to other diseases with the same frequency,” she said.

The Fight For Funding

Sickle cell funding pales in comparison to other diseases. Cystic fibrosis, which affects 30,000 people in the U.S., for example, gets seven to 11 times more funding per patient than sickle cell disease, according to a 2013 study in the journal Blood.  The ALS challenge in 2014 raised $115 million for approximately 20,000 patients in the U.S.

There are some new studies in the works, including eight funded by the Patient-Centered Outcomes Research Institute, but many questions remain unanswered.

One major problem is that no national data registry exists for sickle cell disease, unlike most other diseases, said Mary Hulihan, director of the sickle cell program at the Centers for Disease Control and Prevention. 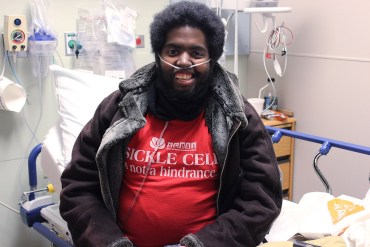 “It means we don’t know what is happening to the patients. We don’t have even basic information like how many people in the U.S. have sickle cell disease or where they are getting their health care or what their health care utilization looks like,” said Hulihan. “The most basic questions you would like to have answered cannot be answered at a national level for this condition. It makes things very difficult.”

Congress has not passed funding or a directive for such a registry, said Hulihan, so instead the CDC Foundation has obtained limited funding from pharmaceutical companies to collect data — and only in California and Georgia. There is no funding to expand the program to other states.

So far, Congress has taken little action. In 2004, it provided $10 million per year in funding for sickle cell research, surveillance and treatment as part of the American Jobs Creation Act, but those funds expired in 2009.

Since then, Rep. Danny Davis (D-Ill.) has been trying to get a reauthorization passed, with little success. “Sickle cell does not have the priority in this country that it had in the 1960s, when I started working on it,” said Davis. “Congress has been cutting everything that wasn’t nailed down.” 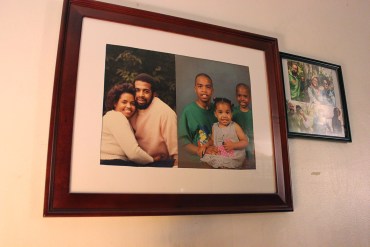 Even with all the delays and setbacks, experts and patients alike remain hopeful that the treatment of sickle cell disease can gain momentum and attention.

“Things are happening that have never happened before. I’ve been around sickle cell for a while, and never before have you seen this kind of buzz,” said Derek Robertson, president of the Maryland Sickle Cell Disease Association. Robertson, whose brother died in 1977 from the disease, said he would like to see sickle cell take its turn on the national stage.

Sickle Cell Patients, Families And Doctors Face A ‘Fight For Everything’