For two decades Atlanta restaurant owner Jim Dunn offered a group health plan to his managers and helped pay for it. That ended Dec. 1, after the Affordable Care Act made him an offer he couldn’t refuse.

Health-law subsidies for workers to buy their own coverage combined with years of rising costs in the company plan made dropping the plan an obvious — though not easy — choice.

“I had a lot of regrets going into it,” Dunn, who owns three Italian Oven restaurants in suburban Atlanta, said of his decision. “I don’t think I have as many now — only because I’ve seen the affordability factor for my managers improve.” 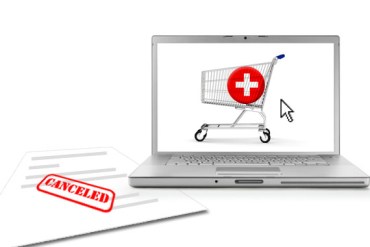 Dunn and five managers are now covered under individual plans bought on healthcare.gov. How many other owners make the same decision will help set the future of small-business health insurance. Although the evidence so far is mixed, brokers expect more firms to follow in the next few years.

Companies like Dunn’s — those with fewer than 50 workers — provide medical coverage to roughly 20 million people. Unlike larger employers, they have no obligation under the health law to offer a plan. Now they often have good reason not to.

If employees qualify for government subsidies, like the managers who switched from Italian Oven’s corporate insurance to individual Obamacare coverage, everybody can win.

Owners don’t have to pay premiums, meaning they can give workers raises, invest in equipment or add to profits instead. And employee take-home pay can rise if subsidies — available even to families with middle-class incomes — are worth more than what a company was contributing.

Whether to cancel a company plan and let workers buy insurance on healthcare.gov or another online exchange “is something that I would say comes up in every conversation with a small-group” employer, said Adam Berkowitz, a consultant with Caravus, a benefits firm based in St. Louis.

“I just had another [small] business call in today and say, ‘You know, we can’t do it. We’re packing it in,’” said Roger Howell, head of Howell Benefit Services in Wilkes-Barre, Pa.

Anthem, the largest seller of small-business health insurance, lost almost 300,000 members in such plans — many more than expected — in the first nine months of the year. That was 15 percent of the enrollment. Many of those consumers are presumably switching to individual plans sold through exchanges, including those offered by Anthem, officials said.

It’s far from clear, however, that most companies will take the same steps as Italian Oven.

Many small employers see health coverage as an essential piece of compensation. They note that premiums in company-sponsored plans are tax-deductible — for workers as well as employers — while the tax advantages of individual plans are limited.

“I feel like we have to have a medical plan in order to hire people and keep them employed,” said Dan Allen, head of a 15-worker engineering firm in Decatur, Ill. Allen Engineering renewed its Coventry Health Care plan for 2015 even though the premiums rose 21 percent, he said.

No other major insurer has reported cancellation of small-business plans at the same rate as Anthem.

“We didn’t see that,” said Rick Allegretti, vice president of marketing at Health Care Service Corp., operator of Blue Cross plans in five states including Illinois and Texas. “We actually saw our [small-group] business grow slightly — mind you it’s probably a tenth of a percent.”

Businesses shifting workers into the individual exchanges tend to be the very smallest, employing a handful of people, said Skip Woody, a partner at Hill, Chesson & Woody, a  North Carolina benefits firm. “Anything above 15, we haven’t had any dropping coverage,” he said.

Instead, many small companies are taking advantage of rules letting them maintain insurance bought before the health law took effect. President Barack Obama, who promised consumers they could keep coverage they liked, allowed carriers to extend noncompliant plans after facing fierce criticism over their imminent extinction.

Most, but not all, states approved the adjustment. Because older policies may lack features required by the health law and because their rates are often set according to employee health history, not community-wide costs, they can be less expensive than compliant plans, say brokers and consultants.

“I haven’t sold one of the new plans yet” to a small employer, said John Jaggi, an Illinois broker and consultant. Faced with price increases of as much as a third or more for new plans, all 40 or so of his small-business clients including Allen Engineering renewed older coverage for 2015, he said.

For some companies there is logic to ending coverage altogether.

For Italian Oven’s Dunn, “it made sense to recommend that he drop coverage,” said Elena Merino, CEO of the Meridian Group, a benefits firm in Alpharetta, Ga. “It hurts me. But that was the responsible thing to tell him.”

Italian Oven employs the equivalent of about 30 people — less than the 50-worker threshold that would get it fined for not sponsoring insurance. The company does not offer coverage to servers and kitchen staff, but full-time managers have always had a plan.

With subsidies factored in along with unrelated pay increases, the managers “are going to be saving money out of the deal” while getting coverage comparable to what they had before, Dunn said. “My managers actually got excited about it because they’re saving money on their health insurance.”

Brokers expect more small businesses to make the same move, especially after the ability to extend older, noncompliant plans expires between now and the end of 2017, depending on state policy. Allen, the engineering firm executive, is concerned premiums could rise even higher next year than they did for the 2015 renewal.