A sip of soda will become more expensive next year in Philadelphia, which recently became the second city in the United States to pass a tax on sugary beverages — after Berkeley voters passed one in 2014.

The Philadelphia measure, approved by the City Council in June, could lend momentum to efforts by public health advocates to get similar taxes enacted elsewhere around the nation.

Voters in three Northern California cities — San Francisco, Oakland and Albany — will decide in November whether to approve such taxes. A soda tax initiative in San Francisco in 2014 failed to get the two-thirds vote needed to pass.

Several states also have tried and failed to pass soda taxes. In California, a bill to do so died this spring.

Outside of the United States, Mexico, England and France also tax sugar-laden beverages.

Advocates of taxing these drinks say that they contribute to high rates of obesity and diabetes, and that putting a bigger price tag on them can reduce consumption and improve people’s health. Critics argue the taxes are unpopular and that it is discriminatory to single out one item in the grocery cart.

The American Beverage Association, one of the staunchest opponents of soda taxes, has funded successful opposition campaigns throughout the United States, including in California.

The association has spent $64.6 million since 2009 fighting such initiatives — including more than $9 million just to defeat the proposed San Francisco tax in 2014, according to a report last year by the Center for Science in the Public Interest, a Washington, D.C.-based advocacy group. Coca-Cola and Pepsi have also been big contributors to the opposition.

Overall, soda sales dropped 1.2 percent in 2015, according to Beverage Digest, which tracks the industry, continuing a downward trend.

Kane added that taxing any grocery item is a “slippery slope” that makes other groceries vulnerable to taxation. 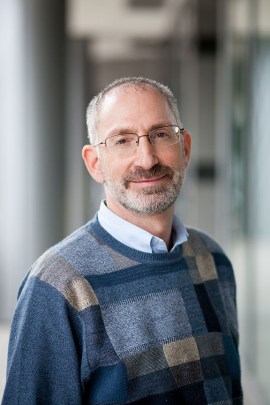 To hear more about the campaigns for soda taxes, we spoke with Harold Goldstein, executive director of California-based Public Health Advocates, who has played an active role in some of these efforts. A transcript of the conversation below has been edited for clarity and space.

Q: What are the health and medical effects of drinking too many sugar-sweetened beverages?

There are studies showing, for example, if you drink two sodas a day for just two weeks, that your unhealthy cholesterol, your LDL cholesterol, will go up 20 percent and that your triglycerides will go up 20 percent. If you drink that amount for six months, the amount of fat in your liver will go up 150 percent. This is a dramatic impact in a short period of time because our bodies are not designed to consume liquid sugar.

Q: How big is the problem of obesity and diabetes in the U.S.?

The obesity and diabetes epidemics are among the most fundamental public health problems facing our country today. They impact every demographic group. At the same time, they are a particular problem in low-income communities and communities of color, in large part because it’s in those communities where there is the least access to healthy food and the least access to opportunities to be physically active.

We know that diabetes rates are going to increase by 80 percent in the next five years, costing the state $15 billion more in direct health care costs. With that kind of money on the table … it is imperative that we invest in diabetes prevention. Whether it is through a soda tax, through the state legislature or state general funds, it is time to establish a major statewide diabetes prevention campaign in California.

Q: A recent report by your organization and the UCLA Center for Health Policy Research found that more than half of Californians have either diabetes or prediabetes. Aside from sugar-sweetened beverages, what else is causing this?

We have created a world that is designed for diabetes. We have fast food outlets on every corner. We have staggering portion sizes of sugary beverages and restaurant meals and everything from bagels to burgers. We have gotten rid of [physical education] in schools. We allow unregulated advertising of unhealthy products to children.

Q: Why target sugary beverages and not other junk food?

A: If you eat a candy bar, it takes hours to digest it. The liquid sugar is just floating sugar molecules and we absorb that sugar in as little as 30 minutes. The research is continuing to show that sugar itself is a particular problem, and perhaps the biggest problem. We know that the body turns sugar into fat. [Soda] is the right place to start. It represents half of the sugar in the food supply, it is the largest source of sugar and our body treats it differently.

Q: In Philadelphia, the mayor argued for the new tax based on the revenue it would bring in, rather than the health risks of soda. Do you think that helped get it approved?

I think different communities are going to support soda taxes for different reasons, in large part based on what the funds are going to be used for. In Berkeley, the revenues go into the general fund. City council members wanted that money to be dedicated to obesity and diabetes prevention efforts, as they have done. That was something clearly important to voters in Berkeley. In Philadelphia, the funds are dedicated to a variety of things, especially pre-K [education] in low-income communities and parks and rec programs. It is important that through this democratic process, residents get to decide how they want to use the revenues raised by such a tax.

Q: The effort to pass a soda tax in California died in committee this spring. Can you explain what the bill would have done and what happened to it?

The bill would have established a 2 penny-per-ounce fee on sugary beverages. As a fee, it would have required that all the revenues raised be dedicated to mitigating harm caused by those products. As has happened now five times in the state legislature, the beverage industry put their corporate might behind their lobbying efforts and successfully killed the bill.

Q: How difficult is it to overcome opposition by the soda industry?

What we are learning is that it’s far easier to enact soda taxes at the local level than at the state level in California. The beverage industry has enormous power in the state Legislature. And getting it passed in California requires a two-thirds vote in the legislature, which is a big hurdle. Other states don’t have that hurdle. There are a number of states that are currently working on it in one way or another.

Q: Critics say that soda taxes won’t reduce obesity rates and give government too much control over consumer choice. What do you think about the argument that this might not be the best way to address diabetes and obesity?

Soda taxes are one way to address the diabetes and obesity epidemic. What has been shown in Berkeley and Mexico, where the tax has now been in effect for quite some time, is that those taxes reduce consumption of sugary beverages, which we know are a leading contributor to the epidemic.

At the same time, those taxes provide funds to pay for much needed programs in communities. Soda taxes aren’t the end-all and be-all of obesity and diabetes prevention. There is a lot more that can and needs to be done to address the epidemic.

Q: As public health advocates like yourself work to reduce access to these beverages, what sort of alternatives are you promoting?

The biggest solution is to encourage and support people to drink water instead of sugar. It is the simplest, easiest change that any of us can make to reduce our chance of getting diabetes. Sixteen teaspoons of sugar in every 20-ounce beverage is way more than our body can handle and still be healthy.

Q: Will there be another try to get a statewide tax in California?

I am sure there will be, with Philadelphia passing theirs. One or more of the soda taxes in the Bay Area are likely to pass. I think that in the coming years, states around the country will also establish soda taxes.