Like half the states, South Carolina chose not to expand Medicaid under the federal health law next year, citing the program’s high costs and inefficiency.

Yet, state officials still forecast a 16 percent enrollment jump by the end of June, 2015, triple that of a typical year and even higher than the 12 percent average increase expected in states that are expanding eligibility.

South Carolina officials say publicity for the Affordable Care Act and its requirement that most people get insurance will attract tens of thousands of people who are currently eligible for Medicaid but have not enrolled. 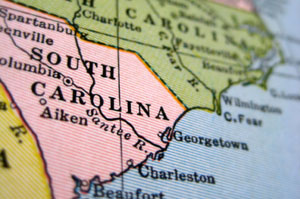 The state has recently revamped its enrollment process for Medicaid, the state-federal health care program for low-income residents. It is now actively trying to enroll more of those eligible for the program. South Carolina has opened an online enrollment system, added 20 positions to its call center and used government databases of people who qualify for food stamps to identify those eligible for Medicaid. It also is working with The Benefit Bank, an organization that trains dozens of nonprofit groups around the state to sign up people.

Still, because the state has strict limits on its Medicaid program, many of the new enrollees are expected to be children. Advocates for the poor applaud the effort but say the state has missed a good opportunity to help more people, especially adults, with a program expansion.

“This doesn’t make up for the fact that a couple hundred thousand people who would have been covered are being left behind,” said Susan Berkowitz, director of the South Carolina Appleseed Legal Justice Center, an advocacy group for the poor. “It leaves a bitter taste in my mouth.”

South Carolina is not the only state expecting a large Medicaid enrollment jump even though its political leaders opposed expanding eligibility. Utah and Idaho each project a 14 percent increase. Again, most of that increase is expected to be children.

In other non-expansion states the percentage varies but is lower.

The health law expanded Medicaid to cover everyone with incomes up to 138 percent of the federal poverty level, or about $15,900 for an individual or $32,500 for a family of four. But the Supreme Court made the expansion optional, and most Republican-led states have decided not to expand. That means more restrictive eligibility rules in those states remain in place.

Several factors explain why some states expect higher growth in the program than others.

Several, including South Carolina, are taking a more aggressive approach to finding people who are currently eligible, said Robert Damler, a principal with consulting firm Milliman.

States have also made different assumptions about how many people who are now eligible but not enrolled will come into the program.

“Some states assumed a lot of new uptake, others essentially assumed that since they weren’t expanding eligibility, that the current trend of relatively slow growth would continue,” said Vernon Smith, managing principal at consulting firm Health Management Associates in Lansing, Mich.

The law also makes it easier to apply because of the new online insurance marketplaces that will determine if people qualify, the elimination of asset tests and other policy changes such as no longer counting child support toward income.

The widely varying eligibility standards among states will also have a key impact on growth.

Some states that are expanding under the law, such as New York and California, already have broad eligibility levels so they have fewer people to add to the Medicaid rolls.

Overall states that will not expand eligibility next year project a 5 percent jump in enrollment, according to a recent study by the Kaiser Family Foundation’s Commission on Medicaid and the Uninsured. (KHN is an editorially independent program of the foundation.

About 1 million people are enrolled in Medicaid in South Carolina. The state estimates nearly 300,000 people are eligible but not enrolled. In its fiscal year ending June 30, the state expects about 130,000 people to enroll, and that number will grow to 162,000 by June 30, 2015.

If the state had expanded Medicaid under the health law, it would have extended coverage to another 340,000 people.

In early budget preparations, Keck has estimated that the state and federal government will spend $467 million more on Medicaid in South Carolina in the year ending in June 2015 and that the state’s portion of that cost will be $162 million, which includes $12 million in capital costs.

Keck said the state had an obligation to first help people who were currently eligible before expanding to cover others. Even though the federal government would be responsible for the full cost for first three years of the expansion, he said the state would have had to pick up as much as 10 percent after 2020.

Keck said most people believe states not expanding Medicaid under the law are not interested in improving the program.  “This is not true. … Everyone is engaged throughout the state to get people the right coverage.”

Smith, managing principal at consulting firm Health Management Associates, said Medicaid programs are usually big enough they can absorb large increases in enrollment. What’s different about the coming surge in Medicaid enrollment projected is that most of it will happen over just a few months next year rather than over a few years as usually occurs when the economy turns down.

Even Without Expansion, S.C. Will See 16% Jump In Medicaid Enrollment