Since the health care law passed two years ago, government, states, insurers, doctors and hospitals have been building a complex scaffolding to extend insurance to 30 million more Americans.

A U.S. Supreme Court decision expected later this month could eliminate a key plank — the requirement that nearly everyone obtain insurance. That would undermine the new online insurance marketplaces where eventually 20 million people, mainly those without employer coverage, are supposed to shop for health plans with federal subsidies for those who need financial help.

Some states want to knock out another critical provision broadening the federal-state Medicaid program for the poor to cover 17 million more people. The justices also could strike down the entire law or other parts, but most legal experts see the individual insurance requirement as the most vulnerable. 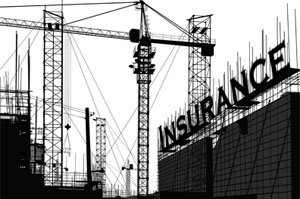 Already, 14 states, including California, Colorado and West Virginia, have authorized creation of the marketplaces, called “exchanges,” where individuals and small businesses could buy coverage. The private sector also has been mobilizing in response to the law. Doctors, hospitals and insurers have begun changing the way they do business as they prepare for an influx of new customers and a new set of incentives that reward more coordination among care-givers and penalize poor performers.

“The train is really well out of the station at this point,” says Sara Collins, a vice president at the Commonwealth Fund, a health foundation in New York City.  “Insurance carriers are already functioning in this new world that they’re living in.”

The court decision could affect tens of millions of Americans, including:

–People without insurance. By the year 2021, 39 million Americans would lack health insurance if the justices overturn the mandate to obtain insurance, according to the nonpartisan Congressional Budget Office. That would be 16 million more people than if the justices leave the law intact, the CBO says.

–People with ailments who can’t get insurance on the open market because insurers won’t cover them or charge very high prices.  The law requires that insurers accept all applicants.

–Young adults covered under their parents’ policies, as well as very sick people who now have limited coverage that has left them with huge medical expenses. The law has already required that insurers allow families to keep covering offspring up to age 26, and it banned insurers from placing limits on the maximum amounts they would pay for anyone’s care.

–Those looking for affordable health coverage in the exchanges.  RAND, a think tank in Santa Monica, Calif., says premiums would rise by 2.4 percent if the justices nix the individual mandate but leave the rest of the law in place.

Experts say it’s impossible to predict what the court will do, given the range of potential options outlined in court pleadings. If they eliminate the individual insurance requirement, they might also eliminate a rule that limits how much more insurers can charge older people than they do younger folks, and a rule requiring plans to accept all customers regardless of health.

Or the justices could strike down larger sections of the law that include financial subsidies, averaging $4,780, that would help lower income people buy coverage in the exchanges.

Experts disagree about how crucial the mandate is to making the new insurance markets work.

Sabrina Corlette, a professor at Georgetown University’s Health Policy Institute in Washington who supports the law, says if the court strikes down the mandate, it “would be quite chaotic and disruptive” because healthy people are less likely to join the health insurance pools. If the court strikes down the broader insurance rules for the exchanges, she says, “then we’re back to the status quo of people being denied because they have pre-existing conditions, or being told because they have cancer they’ll be charged 26 times that of a healthy person.”

Joseph Antos of the American Enterprise Institute, who opposes the law, says the mandate’s importance has been exaggerated, especially given the weakness of the penalties for people who don’t get coverage. Those start at $95 in 2014 and rise to 2.5 percent of income by 2016, but there are multiple ways people could be exempted, he says.

“I just don’t see the insurance market collapsing” if the court strikes down the mandate or other parts of the law, Antos says. He predicts insurers would keep some popular provisions that have already begun, such as family coverage for dependents up to age 26.

The law’s ultimate future may rest not with the court but with whichever party wins the White House and Congress in November, says Charlene Frizzera, a health care consultant and former acting administrator of the Centers for Medicare & Medicaid Services.

Republican presidential candidate Mitt Romney has said he would dismantle the law. If President Barack Obama were re-elected but the court had struck the insurance mandate, his administration and states that support the law would have a number of ways to write rules that prod people to get insurance, such as charging people more if they wait until they are sick to sign up.

“If the government really wanted to keep moving forward, there are ways they could make it a quasi-mandate,” Frizzera says. However, without congressional approval such moves could spark legal challenges.

Without the mandate, the health industry, which agreed to new taxes and lower reimbursements as part of the law, may return to Washington and ask for the money back, says Kenneth Raske, president and CEO of Greater New York Hospital Association, which represents facilities throughout the Northeast. He notes that the nation’s hospitals gave up $155 billion in Medicare funding over a decade.

“The cuts were used to finance the expansion, and if the expansion doesn’t occur, what are the cuts financing? Nothing,” Raske says. If the mandate is removed, he says Capitol Hill “will hear a legitimate and concerted voice from the hospital community to kill the cuts.”

Whatever happens, lawmakers will still have to deal with rising health care costs that are becoming a greater burden on employers and the government, says Douglas Hastings, a health care lawyer in Washington, D.C.

“The underlying dynamics that led us to this point are still here,” he says, “and we’re going to have to deal with them.”