The recent mass killings in Tucson, Aurora and Newtown have sparked public conversations about the deficiencies in state-run mental health systems across the United States. But few states are poised to spend their own money to reverse as much as a decade of budget cutbacks in those areas.

Instead, many of them are counting on an infusion of federal mental-health dollars. Because Medicaid includes mental-health benefits, those states that opt into the Medicaid expansion included in President Obama’s Affordable Care Act will be able to make mental health coverage available to thousands of their citizens who do not now have it. 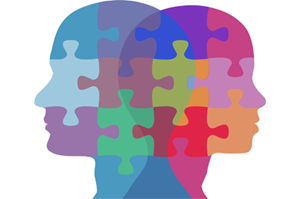 So far, 20 governors, some of them Republicans who opposed the health care law, have committed their states to the Medicaid expansion. Ten Republican governors have announced they will not participate. If all states opted into the expansion, an estimated 13 million more Americans would receive mental health benefits through Medicaid next year, according to a report by the Congressional Budget Office. The number would rise to 17 million in 2022.

“This is a golden opportunity to shore up the state public mental health systems where they have seen these major cuts in the last ten years,” says Joel Miller, senior director of policy and health care reform at the National Association of State Mental Health Program Directors (NASMHPD).

Even in states that decline to participate in the Medicaid expansion, the Affordable Care Act will extend mental-health benefits to more people. Under the law, people who don’t get health insurance through their employers will be able to purchase it on new insurance exchanges. Because policies on those exchanges are required to offer mental health coverage, another 8 million Americans currently without mental health benefits will have them starting next year, according to Congressional Budget Office figures. That number would grow to 22 million in 2022.

The combined effect of the Medicaid expansion and the health insurance exchanges will begin to reverse what has been a withering in public investment in mental health in the 21st century. Cuts began during the post-9/11 recession and accelerated during the recent economic downturn.

According to a study by Miller and others at NASMHPD, state investment in mental health services dropped by $4.35 billion between 2009 and 2012 even as an additional one million people sought treatment in publicly financed inpatient and out-patient behavioral treatment services during that same period.

In the report, Miller and his colleagues make the case that treating people for mental illness pays huge dividends. For example, they cite studies showing that diagnosis and treatment for depression has an economic return on investment of $7 for every $1 spent. Comprehensive community-based mental health services for the young can cut public hospital admissions and lengths of stay by about 40 percent. And those treated for depression, according to the studies, have experienced huge savings in their overall health care costs, even when they have had other ailments, such as cancer and heart disease.

Nevertheless, most states have followed the opposite path. According to the National Alliance on Mental Illness (NAMI), California cut its mental health budget by $587.4 million between 2009 and 2011, New York by $132 million, and Illinois by $113.7 million. In those same years, Alaska slashed its mental health budget by 35 percent and South Carolina and Arizona by 23 percent each.

That is why Fitzpatrick and other mental health advocates are pushing hard for all states to opt into the Medicaid expansion. “For people with mental illnesses, this could be a life-changer,” he says.

Colorado, scene of a mass killing at an Aurora movie theater in July, is one of the few states that plan to use state money to expand mental health services. Last month, Democratic Governor John Hickenlooper proposed an $18.5 million plan to bolster the state’s mental health services. His proposal would create a single, statewide mental-health crisis hotline, establish five around-the-clock mental-health crisis centers, increase the number of state-supported psychiatric beds, and develop housing alternatives for those suffering from mental illness.

In announcing his proposals, Hickenlooper left no doubt that he was prompted by the tragic events in Aurora. He labeled the plan, “Strengthening Colorado’s Mental Health System: A Plan to Safeguard All Coloradans.”

“This is all very exciting,” says state Representative Tracy Kraft-Tharp, who used to lobby on behalf of mental health programs.   But the newly-elected Democrat acknowledges that the new money won’t come close to restoring the mental health budget to its pre-9/11 levels.

That is true of other states that are also trying to squeeze some additional resources into mental health. In Ohio, Republican Governor John Kasich has authorized $5 million for intervention in cases where families feel threatened by a family member suffering from mental illness. The money would go for emergency treatment, medication, temporary housing and respite care for beleaguered parents.

Other states are also focusing on early intervention. Maryland’s Governor Martin O’Malley, a Democrat, has announced several steps related to crisis intervention. “We will invest more to improve mental health services so we can intervene early and reduce the potential for violent behavior,” O’Malley said at a Monday news conference, where he also offered gun control measures. “We’ll expand crisis intervention teams, expand response services and establish a center for excellence on early intervention for serious mental illness.”

Craig Stenning, director of Rhode Island’s Department of Behavioral Healthcare, Developmental Disabilities and Hospitals, says his state is also undertaking programs to better identify the early signs of mental illness in young people and to get them into effective treatment. He notes that the Medicaid expansion in his state is going to enable it to shift more resources into housing, employment and education programs related to keeping those with mental illness stable. This last effort, he says, wouldn’t have been possible if Rhode Island hadn’t chosen to opt into the expansion.

South Carolina Governor Nikki Haley, a Republican, has already announced that her state will not be part of the Medicaid expansion. Haley has proposed increasing state spending for the Department of Mental Health by $11.5 million next year, but South Carolina’s annual appropriations for mental health services have dropped $88 million since 2008. The state has been able to offset some of those reductions through a one-time recovery of substantial federal Medicaid dollars.

Aside from increased spending, some states are looking to make changes in laws pertaining to mentally ill people whose behavior is so extreme that they could be considered a risk to others. These measures would make it easier to have those people placed under civil commitment in psychiatric wards and to restrict their ability to purchase guns.

New York was first in line with these measures. Early this week, along with its stringent new gun laws, the legislature passed a law that requires health care professionals to report to law enforcement agencies on mentally ill patients whom they consider dangerous. Maryland will also consider laws to reduce the chance that some severely mentally ill people will purchase guns. And Colorado’s General Assembly will take up bills that would make it easier to have those considered dangerous as a result of mental illness civilly committed and prevented from buying guns.

As states take up this legislation, mental health advocates and some state officials express wariness about aggravating the uneasiness many people already feel toward those with mental illness. “People begin to equate mental illness with violence or evil,” says NAMI’s Fitzpatrick, “but there are very few people with mental illness who become violent.”