In the latest sign of how desperate they are to control rising Medicaid costs, a small but growing number of states are sharply limiting hospital coverage — to as few as 10 days a year.

Advocates for the poor and hospital executives say the moves will restrict patients’ access to care, force hospitals to absorb more costs and lead to higher charges for privately insured patients. 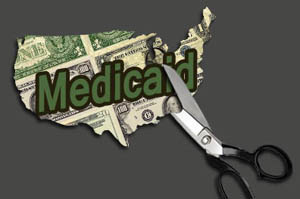 States defend the actions as a way to balance budgets hammered by the economic downturn and the end of billions of dollars in federal stimulus funding this summer – funds that had helped prop up Medicaid, the state-federal health insurance program for the poor.

Arizona, which last year received national attention for stopping coverage of certain transplants for several months, plans to limit adult Medicaid recipients to 25 days of hospital coverage a year, starting as soon as the end of October.

Hawaii is going even further. In April 2012, it plans to cut Medicaid coverage to 10 days a year for adults, exempting pregnant women, those undergoing cancer treatment, the elderly, blind and disabled.

In Alabama, which has had a 16-day limit for more than decade, hospitals have billed patients for days not covered by Medicaid, said Larry Gardella, director of advocacy at Legal Services Alabama. Because poor patients often are unable to pay, the hospitals typically must pick up the cost, he said.

Rosemary Blackmon, executive vice president of the Alabama Hospital Association, said “for the most part hospitals do what they can” to provide care to Medicaid patients despite the limits.

In Arizona, hospitals won’t discharge or refuse to admit patients who medically need to be there, said Peter Wertheim, spokesman for the Arizona Hospital and Healthcare Association. “Hospitals will get stuck with the bill,” he said.

While the coverage limits affect only a small percentage of Medicaid patients, they are often are some of the sickest in the program. About 4,000 of Arizona’s 1.3 million Medicaid recipients were in hospitals for more than 25 days from July 2009 to July 2010.

Hospital coverage limits are just one of the strategies states are using to control rising Medicaid costs. Driven by higher enrollment and rising medical costs, total spending on Medicaid was projected to increase by an average of 11 percent in fiscal 2011, according to the National Association of State Budget Officers.

For the 2012 fiscal year that began in July, the association estimated state Medicaid spending would rise 19 percent, largely because of the end of the federal stimulus dollars.

To deal with the higher costs, states are requiring more Medicaid recipients to enroll in managed-care plans run by private insurers, cutting reimbursement rates to hospitals and doctors, and reducing benefits.

The federal health law requires states to maintain Medicaid eligibility and enrollment standards through 2013. But states are still free to cut optional benefits, which include drugs, vision care and visits to certain providers such as chiropractors and podiatrists.

Within those restrictions, many states have enacted benefit cuts in fiscal 2012, digging deeply into their Medicaid programs for savings. This month, Nebraska began limiting the number of adult diapers it pays for to 180 a month. In July, Colorado stopped covering circumcisions and Tennessee ended coverage of adult acne medicine.

Matt Salo, executive director of the National Association of Medicaid Directors, said the hospital coverage limits reflect how states are “desperately looking for any and all levers to reduce Medicaid costs,” without violating the law.

The federal Centers for Medicare and Medicaid Services refused to comment on the hospital limits proposed by Arizona and Hawaii, saying they are under review.

CMS is working with states to “provide them with flexibility to run their Medicaid programs and reduce their costs,” Medicaid director Cindy Mann said in a statement. At the same time, “we must also ensure the Medicaid program continues to meet the health care needs of the children, people with disabilities and the elderly whom it serves.” 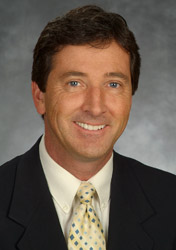 Brian Turney, CEO of Kingman Regional Medical Center in northwestern Arizona, estimates the hospital coverage limit will cost his 235-bed rural hospital more than $1 million a year. “We can’t kick out patients if they need care from a medical standpoint,” he said. “We are going to just get stuck eating the cost as uncompensated care.”

The limit will also hamper hospitals’ ability to transfer patients to rehabilitation hospitals because those types of hospitals will be covered by the coverage limit.

Turney said hospitals are especially upset by the limit because it comes as hospitals already are being hit by a 5 percent Medicaid reimbursement cut and the state is taking steps to reduce by the number of people eligible for the program.

Advocates for the poor also are crying foul.

“We do not think people who need medical care should be denied hospitalizations,” said Ellen Katz, director of the Morris Institute for Justice, an advocacy group for the poor based in Phoenix. She said the state is wrong to impose the coverage limit because it penalizes the sickest patients.

Arizona estimates the coverage limit will save a total of $94 million in Medicaid spending in fiscal 2012, including $30.7 million in state funds. Coury said the limit and other cuts to the program are needed to help the state balance its budget.

“The 25-day limit is a cost savings measure and is part of a larger effort to address the $800 million shortfall created by the end of the federal stimulus program,” she said.

CLARIFICATION: This story has been updated to reflect new information from Hawaiian officials.

States Are Limiting Medicaid Hospital Coverage In Search For Savings