Starting in 2014, things could get worse for people in Medicaid. 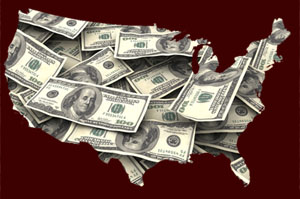 Not only could some states opt out of increasing the number of adults in the government health insurance program for the poor as a result of the Supreme Court’s ruling, but they also could cut people now enrolled.

This wasn’t supposed to happen under President Barack Obama’s health law designed to expand coverage for 30 million Americans, in part by adding 17 million people to Medicaid.

But the impact of the high court’s ruling making the expansion voluntary is likely to be compounded by another provision in the law that the justices left intact: In 2014, states are no longer barred from making it harder for adults to qualify for Medicaid.

Experts worry those two developments taken together could spur some states to reduce the number of people covered.

States could throw some low-income adults “into a black hole with nowhere to turn for coverage,” said Deborah Bachrach, who was New York’s Medicaid director until 2010 and now is special counsel at Manatt, Phelps & Phillips, a New York law firm.

As a hypothetical example, if Mississippi opted out of the 2014 expansion of Medicaid, poor childless adults would not gain coverage in that state. At the same time, the state could roll back eligibility for parents with children who are currently enrolled, reducing the number of participants in the program.

State officials have not talked about cutting Medicaid eligibility since the decision. But in the last several years, many have sought to reduce the cost of the program by cutting providers’ rates and contracting with private managed care companies, among other strategies.

Since 2009, when Congress approved the federal stimulus law, which included additional Medicaid funding, states have been prohibited from reducing eligibility or increasing the cost-sharing requirement for people enrolled in Medicaid. The health law extended that prohibition until 2014, when the expectation was that every state would have a new online insurance market and would have expanded Medicaid to everyone under 133 percent of federal poverty level.

But the high court struck down the penalty for states that did not expand, saying the threatened loss of their existing federal Medicaid dollars was “coercive.”

Another way states might choose to minimize their costs is by shifting people who are eligible for federal subsidies for private insurance out of the Medicaid program and into new online markets created by the law. That saves states money because the federal government pays the entire cost of the subsidies — unlike Medicaid, where states share in the costs.

States would have an incentive, then, to set eligibility for Medicaid at 100 percent of the poverty level – rather than at the law’s 133 percent (about $31,000 for a family of four) — to minimize their financial exposure.

Pushing people just over the poverty level into the federal subsidy program could be enticing for cash-strapped states that today share in the costs of Medicaid with the federal government, said Douglas Holtz-Eakin, president of the conservative American Action Forum and a former director of the Congressional Budget Office.

Since last week, Republican governors in at least seven states have indicated they would be unlikely to expand Medicaid even though the federal government will pay all the costs from 2014 to 2017 and at least 90 percent of the costs after that. States have until next year to decide on the expansion, and some are expected to negotiate their own terms with the Obama administration before signing on.

“This is going to be a lengthy dance between the states and federal government,” Rosenbaum said.