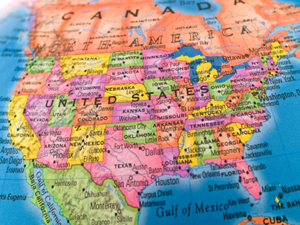 Starting today, states can choose to take the first steps toward the massive expansion of insurance coverage that is the health overhaul’s chief goal. And for some states, that move could have the benefit of reviving funding for state-run programs that insure low-income adults.

As of April 1, states can apply for federal funding to expand their Medicaid programs to cover low-income people earning up to 133 percent of the poverty level, or $14,404 for an individual and $29,326.50 for a family of four. If implemented nationwide, this vast increase would bring 15 million more people into the safety-net program, according to the Congressional Budget Office.

Typically, Medicaid covers kids from families that earn less than the poverty level, and in some cases, their parents. Adults without children are usually not eligible, although some states include them.

States that choose to take the federal government up on this offer would still have to pay their share of the new Medicaid costs until increased federal support begins in 2014, when the expansion is required of all states. On average, states pay more than 40 percent of the Medicaid tab. For states such as Nevada and West Virginia, which are struggling to meet their existing obligations, that requirement would be tough.

But, for a few states, the early expansion could provide a needed windfall. Maine, Washington, Minnesota and a handful of others already offer coverage for low-income people who earn too much to receive federal help under traditional Medicaid rules  and the states pay for it out of their own coffers. For them, the provision could mean the federal government for the first time would pick up a portion of the tab for those enrollees.

These states could take a variety of approaches. Washington state officials said they will suggest an alternative to expanding the traditional Medicaid plan. They would ask the Obama administration to waive some Medicaid rules  not an uncommon request  and subsidize their Basic Health Plan, a state-financed program that helps insure people earning up to twice the poverty level.

If the administration agrees, the federal government could cover more than 60 percent of the cost for participants in that plan who earn less than 133 percent of the poverty line, the cut-off for the Medicaid expansion. The state would probably continue subsidizing some higher earners on its own. State officials said it was not yet clear whether Basic Health would provide benefits to more people with the addition of federal funding.

The new federal subsidy could be worth $52 million to $60 million a year for Washington state, according to Democratic Gov. Christine Gregoire’s office. The state would also ask the federal government to subsidize a separate state health plan, known as General Assistance-Unemployable, with up to $40 million. Sen. Maria Cantwell, D-Wash., who promoted the provision during the congressional debate as a way of supporting Basic Health, had earlier estimated the federal contribution as high as $180 million a year.

Under Medicaid rules, states have always been allowed to make changes to benefits to expand access, but they must first get approval from the federal government. Federal officials normally don’t allow changes that would cost more overall.

Washington state could argue that extending the subsidies would be budget neutral for the federal government because it would otherwise be poised to pick up more Medicaid costs under the new health law, said Jonathan Seib, Gregoire’s health policy adviser.

“Given this budget environment, it would be very helpful” for the state, Seib said. “We are trying to take an existing commitment of state dollars and stretch it further.” Under one budget proposal, the state has already considered eliminating the Basic Health Plan to make up for revenue shortfalls.

It’s unclear whether the federal authorities that oversee the Medicaid program will approve the Washington state proposal. The Basic Health Plan has different rules than Medicaid and the federal officials would have to sign off on those. It charges premiums and requires patients to pick up some of the costs, contrary to normal Medicaid rules. Also, the state limits enrollment, even for people whose incomes make them eligible.

“They haven’t promised anything, but clearly are interested,” Seib said.

If the proposal got a green light, the money wouldn’t flow immediately because of review and oversight procedures. But, Seib says, state officials hope to get fresh funding by January, if not sooner.

“Each state has to do its own math”

Other states that finance their own health care programs for low-income people are exploring options, too. They are all waiting for further guidance from the Centers for Medicare and Medicaid Services, which runs the federal component of Medicaid, and expect more information by next week.

“It’s a little unclear how Maine will benefit,” said Trish Riley, the director of the state-funded Dirigo health program. Still, she said, “We’re reading this as a net plus for the state.”

Under such an approach, the new federal matching funds would ease the burden on Dirigo, which the state pays for through a combination of fees on health firms and patient premiums.

In Minnesota, a different issue has come up. Last week, state Rep. Tom Huntley, a Democrat, said the federal health law would allow the state to shift enrollees in two state-financed plans, General Assistance Medical Care and MinnesotaCare, into Medicaid, to take advantage of the new funding.

But, Brian Osberg, the state’s top Medicaid official, said that’s probably not realistic. Recent budget cuts, including to the General Assistance program, and projected deficits for a trust fund that pays for some MinnesotaCare enrollees, may leave the state without the required funds to match federal contributions.

“The biggest issue is how do we finance the state share going forward,” Osberg said. “With the reductions in the funding, we no longer have money that we can use for the match.”

Connecticut, the District of Columbia, Massachusetts, Pennsylvania, Tennessee, Vermont and Wisconsin all have state-financed programs as well, and may be able to use the early Medicaid expansion to their fiscal advantage.

For those states, “It may work out to switch people to Medicaid under the early expansion,” said Ann Kohler, the health director for the American Public Human Services Association. “Each state has to do its own math.”

Medicaid Expansion Now Could Save Some States Money