While applying to medical school as a college student, Drew Lee did what many of his fellow “premeds” were doing at the time – he gave himself an anonymous name on his Facebook account. 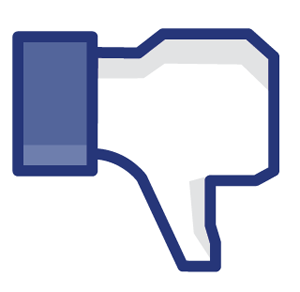 “We always heard of students being denied admission because of Facebook,” Lee said, adding that he had nothing to hide but did it as a precaution.

Lee has completed medical school and is now the Health Equity Fellow for the American Medical Student Association (AMSA). But a new study by researchers at the University of Miami’s Miller School of Medicine, suggests his concerns were well-founded.

Their findings, published this week in the Postgraduate Medical Journal, found that a small percentage of admissions officers of medical schools and residency programs said they have used social networking sites to evaluate candidates.

Of the 600 staff members who completed online surveys, around 9 percent admitted to using social networking sites and close to 20 percent said they’ve use some form of Internet search to learn more about applicants. The authors note, however, that the study’s results are hampered because the response rate was low and not a random sample.

“What people put online is really a part of their history. … You have to be extremely careful on what you put out there,” said Dr. Carl Schulman, the study’s lead author.

According to Schulman, there are no formal guidelines set by the governing body of medical schools on how to use such information in the admissions process.

“I think there’s a need for some guidelines to help standardize how this information [is used]. Until that happens, there will be biases that exist in the selection process based on the use of this information,” Schulman explained.

Dr. Henry Sondheimer, the senior director of medical education projects at the Association of American Medical Colleges (AAMC), said he wasn’t surprised by the study’s findings.  He said that representatives from the AAMC began discussing the issue three years ago and that there are no current recommendations for medical schools on using such information.

“There is no question in my mind that some percentage of medical admissions officers and residency directors do go online and Google and Facebook people to see what they’ve got up on their personal sites,” Sondheimer said.

According to a recent AAMC report, more than 45,000 people applied to medical school in 2012. Sondheimer says he expects this number to increase next year.