College students and their families will have better options for health insurance in the upcoming school year, but there will be higher costs, too. 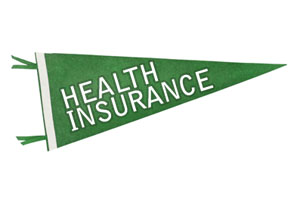 Undergraduate students typically stay on a parent’s plan or purchase a health plan through their school. Graduate students often also have those options. Many students choose the first option now that plans are required by the 2010 health law to cover children up to age 26. An estimated 2.5 million young adults joined a parent’s plan through June 2011, according to a government report.

Insurers responded to this requirement by slightly raising their prices. According to the Commonwealth Fund, the under-26 rule led to a 0.9 percent increase in group plan premiums last year. In addition, some insurers have changed their pricing structure, which is likely to lead to higher costs for families.

College health plans, which often kept prices down by offering skimpy benefits, are also expected to become more costly as they accommodate the benefit requirements of the health law. A few schools have had their prices rise so much that they have decided to drop their health plans altogether.

These changes complicate insurance shopping for students and their parents. Just as prices vary, sometimes sharply, so do benefits. “As premiums go up in all [insurance] markets, people are going to need to look at all their options,” said Kevin Lucia, a researcher at Georgetown University’s Health Policy Institute. Aside from parent and college health plans, students can purchase an individual plan, but that’s done only rarely.

Carefully review plan prices and benefits, which can vary quite a bit.

Student plans work much like other forms of health insurance, with services often available on and off campus.

Starting this year, the health law requires many student plans to meet most of the standards applied to policies sold by insurers to individuals, including coverage of a set of preventive services without a co-pay and a phased-in ban on annual dollar limits, which many plans previously used to keep prices down.

Many plans that provide limited coverage are raising their premiums as much as 50 percent to comply with the new law’s requirements for coverage, according to Stephen Beckley, a student insurance consultant and co-organizer of the Lookout Mountain Group, an organization of college health professionals. Right now, prices of those skimpy plans are typically $400 to $620 per year.

In contrast, plans with more generous benefits are increasing their premiums less than 3 percent in some cases, Beckley said. Typically, these plans cost $1,700 to $1,900.

“Compared to what some students experienced before with student plans, these are better protections,” said Sara Collins, a vice president of the Commonwealth Fund. But many plans still have low lifetime dollar limits, and some of the 2010 law’s requirements won’t take full effect for a couple more years, she added. In the interim, plans that don’t comply fully need only provide a written notice to potential purchasers.

Family Plans
Many families might see a parent’s plan as the default option. The premium for a family plan typically covers all dependents for one price, so the inclusion of a student makes little if any difference.

In 2011, the average annual premium for a family of four insured through an employer was about $15,000, with the employee paying about $4,100 of the total, according to a survey by the Health Research & Education Trust and the Kaiser Family Foundation. (Kaiser Health News is an editorially independent program of the foundation.)

Several changes in the market, however, might make this route less attractive.

Some insurers have revamped their pricing structures, charging per member for family coverage rather than the usual flat rate. It isn’t a new phenomenon, but these “unitized premiums” are becoming more common, according to Craig Rosenberg, a national practice leader for benefits manager Aon Hewitt. Some see this approach as more equitable, given how families can vary in the number of children and associated health-care costs.

As a result, families may reconsider putting a child on their insurance plan, experts say. Despite the expectation that the up-to-26 provision would trigger a significant drop in student plan enrollment, numbers suggest otherwise. In interviews, UnitedHealthcare and Aetna reported steady enrollment in their student plans, as did a number of schools, including the University of Texas and University of California systems.

Experts say the increasing cost of family coverage may make student insurance seem like more of a bargain.

“I had parents tell me, ‘This is a heck of a deal,’ ” said Ron Brummett, director of student services at the Colorado School o Mines, which had an 11 percent increase in plan enrollment this past fall. The School of Mines charged about $1,600 per ear for its health plan, although the premium varies depending on the student’s age.

Families also might purchase student plans because they have broader choices of doctors and hospitals near the school. Some parents might be worried that they’ll lose their employer-based coverage or see it deteriorate as companies hold down spending.

If the health law is upheld by the U.S. Supreme Court, there could soon be more options for student health insurance.

In 2014, Medicaid will expand to individuals with incomes up to 133 percent of the federal poverty level. At the same time, people with higher incomes may be eligible for subsidies on state health insurance exchanges. These subsidies might apply to student plans.