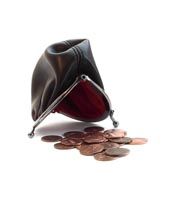 Over a decade, the median-income family of four with health insurance from their employer saw their real annual earnings rise from $76,000 in 1999 to $99,000. But nearly all that gain was eaten up by rising health care costs, a new study finds.

After taking into account the price increases for other goods and services, the typical family had just $95 a month more in 2009 than in 1999 to devote to non-health spending, according to the paper by David Auerbach and Arthur Kellermann of RAND.

Who’s at fault? The latest issue of Health Affairs is devoted to the topic of growing health costs. The culprits, many of the studies conclude, are hospitals and doctors more than insurers or patients, despite the political rhetoric to the contrary. To wit:

Much of the issue is less gloomy, examining potentially promising efforts to cut health care costs. One article estimates Medicare could save $7 billion or more if it successfully focused on weight-loss programs. Another provides an overview of Medicaid managed care efforts, which also have been recently examined in Texas by KHN and in Illinois by the Chicago Tribune.