Americans older than 65 are more likely to have chronic illnesses and to say they struggle to afford health care – despite qualifying for the federal Medicare program – than are seniors in other industrialized countries, according to a study by the Commonwealth Fund published Wednesday in the journal Health Affairs.

The findings, which are based on phone surveys conducted in 11 industrialized countries, highlight gaps in Medicare coverage that should be addressed, said Donald Moulds, one of the study’s authors and executive vice president for programs at the fund.
Among the specific findings: 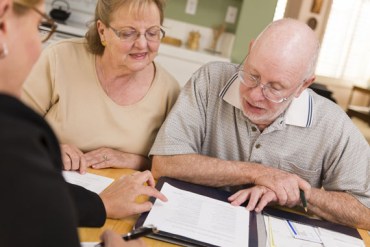 — 19 percent of United States respondents reported cost as an obstacle in getting care last year. The next highest rate was in New Zealand, with 10 percent.

— 55 percent said it “somewhat or very easy” to get care after hours, a figure that was higher in all countries but Sweden, Canada and Australia.

— American respondents were among the most likely to have discussed with a physician healthy lifestyles and end-of-life planning.

— While each nation’s health system had strengths, the survey highlighted room for improvement across the board.The study, which comes in the midst of Medicare’s open enrollment season, may provide beneficiaries with key factors to consider as they review their coverage choices.

On average, beneficiaries with traditional Medicare will end up spending more than $4,000 per year on out-of-pocket health costs, Moulds said, a level of cost-sharing much higher than that seen in comparable nations.

“That’s a lot of money, and it’s a high percentage of a lot of people’s incomes,” he said.
Beyond costs, older Americans also have a difficult time finding high quality care, the study found, specifically citing poor coordination between caretakers such as regular physicians and specialists and difficulty locating after-hours medical care.

That’s something that could change, as the health law tries to emphasize primary and preventive care, Moulds said.

“There is certainly a hope that the Affordable Care Act will be helpful in remedying that phenomenon over time,” he said, so that future beneficiaries have lower rates of chronic disease and consequently impose smaller costs on the health system.

In the meantime, though, costs could play a role in what kind of care seniors get, said Stuart Guterman, vice president for Medicare and cost control at the Commonwealth Fund.

People do pay some attention to costs when choosing either to stay on traditional Medicare or pick a Medicare Advantage plan, though that price tag doesn’t factor “tremendously ” into their decision making, he said.

But cost issues do come into play, added Guterman, who was not involved with the Health Affairs study, when decisions have to be made “about whether to get care and when to get care and from whom.” He also said that “we know there are sizable deductibles and copays and that that’s an issue that needs to be addressed.”

In addition, some plans can have more narrow physician networks that affect extended hours, and the ability to make same-day or next-day appointments.