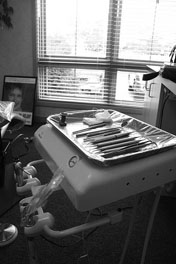 Today a report released by the the W.K. Kellogg Foundation looks at 26 nations and territories’ experiences with mid-level dental therapists, and found that they provide good quality, cost-effective care and, in many countries, provide improved access to care for children.

The study spans 1,100 documents from 26 of the 54 countries and territories that use the mid-level dental providers. Some countries, such as New Zealand, have the dental therapists concentrate on children’s dental health, often working through the public school systems. The result: “over 60 percent of children ages 2 to 4 years were enrolled in and utilized the publicly-funded child oral health services” and the average cost of school-based dental services was $99 (U.S.) per child.

While some states, such as Kansas, are considering legislation to start training the next batch of dental therapists, the proposals face opposition from professional dental groups.

Dr. David Nash, the lead author of the 460-page review and a professor of pediatric dentistry at the University of Kentucky, says the study highlights the positive effects of implementing dental therapists.

“It probably needs to be said pretty bluntly today that our system of providing oral health care, particularly for children in this country, is ineffective, inefficient and it’s extremely expensive and it really deprives children of decent care.”

Nash says while the 2010 health law expands Medicaid dental benefits to include 5.3 million children, many dentists do not accept the public insurance program. Furthermore, Nash says children’s dental services are not as profitable for private dentists.

“There are more dentists that are scared of children than there are children afraid of dentists” Nash says. “It was said 50 years ago, and it’s still true today that caring for children in a dental practice is not particularly financially advantageous.”

According to the review, opponents of dental therapists say that funding better Medicaid reimbursements for dentists will help create better access and better quality care for children on Medicaid. In February, the American Dental Association released a statement in response to a Pew report on patients seeking dental care in hospital emergency departments calling the use of mid-level providers “wrongheaded.”

However, the Kellogg Foundation study found support within the dental profession for the role of dental therapists in countries that have them, and that “once dental therapists have been introduced in a country, professional support for them increases over time.”