Adding folic acid to foods like cereal and bread — long considered one of the most successful public health interventions to prevent birth defects — may be a less effective strategy than once thought, according to a provocative new study from Stanford University.

In 1998, the U.S. Food and Drug Administration required folic acid, a B-vitamin, to be added to cereal grain products to prevent neural tube defects, which can cause spina bifida, anencephaly, cleft palate and other devastating congenital abnormalities. Major food manufacturers were already adding the vitamin supplement to foods voluntarily two years earlier.

The Stanford researchers examined 1.3 million births and pregnancies over two decades in eight central California counties, and they were surprised by what they found. They knew that neural tube defects had been declining in California even before folic acid fortification of food became widespread, though the reasons are unclear.

The researchers anticipated the defects would drop even more sharply after the FDA mandate. That didn’t happen: the neural tube defects did decline after 1998, but far less sharply than before the fortification started.

“It wasn’t what we expected,” said Stanford pediatrics professor Gary Shaw, the study’s senior author. “What we may be seeing, at least in California in this time period, is that the fortification of foods under the current program has reached its limit in preventing neural tube defects. We don’t know why. We’re in a quandary at this point.”

The Stanford study isn’t the first to provide a more nuanced view of the impact of folic acid fortification on reducing birth defects. A 2009 study concluded that folic acid supplements taken by pregnant women weren’t enough to prevent some neural tube defects. Public health experts have debated whether to increase the current required level of folic acid supplementation in food, without reaching a consensus.

The U.S. Centers for Disease Control, which sponsored the study, declined to make an expert available for an interview but provided this statement: “Unfortunately, even with folic acid fortification, not all women of reproductive age are getting the recommended amount of folic acid, which is 400 micrograms daily. A recent CDC study showed that nearly a quarter of U.S. women of reproductive age (22.8%) did not have enough folate in the blood to prevent neural tube defects. Additional public health interventions targeting these women could help further reduce the number of neural tube defects that occur each year.” 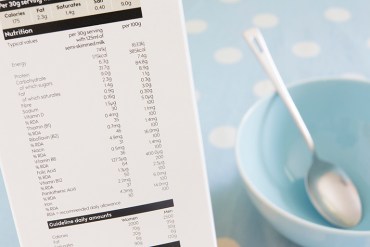 The study, published today in the journal Birth Defects Research Part A, comes on the heels of the FDA’s decision last month to allow voluntary folic acid fortification of corn masa flour used in tortillas, a move Latino health advocates have long sought.

The children of Latinas are at higher risk of neural tube defects, perhaps because the mother’s diets contain less folic acid, studies have shown. The Central California counties studied by the Stanford researchers have large Hispanic populations, but the researchers did not find significant differences in birth defects between Hispanics and non-Hispanics, Shaw said. He acknowledged, however, that the actual numbers of neural tube defects covered by the study were small. Larger population studies might yield different results.

Neural tube defects, which affect a baby’s brain or spinal cord, can be devastating and often fatal. They occur in about 3,000 U.S. pregnancies every year.

The defects are caused by the failure of the fetus’ neural tube — which typically develops into a brain and spinal cord — to close completely before the end of the first month of pregnancy. That can result in spina bifida, which can leave children paralyzed for life, and anencephaly, in which the brain does not completely develop, usually resulting in death shortly after birth. Researchers still know little about what causes neural tube defects or exactly how folic acid works to prevent them.

Shaw says emphatically that the study’s results do not suggest folic acid is ineffective. Nationwide, neural tube defects have dropped by about 35 percent since folic acid fortification started, according to the CDC. The public health intervention has prevented an estimated 1,300 neural tube defects each year, the CDC has reported.

Women of childbearing age should continue to follow federal public health recommendations to consume 0.4 mg (400 micrograms) of folic acid daily, in addition to a nutritious diet, Shaw emphasized. Women shouldn’t wait until they know they are pregnant, because neural tube defects occur within the first month of pregnancy.

Obesity among pregnant women also has risen, and the extra weight has been linked to a higher risk of neural tube defects. And neural tube defects may be dropping in part because they can be detected through prenatal screening, causing some pregnancies to be terminated.

The Stanford study did examine birth defects that weren’t originally targeted in the folic acid fortification program but are believed to be affected by it, including cleft lip, cleft palate and gastroschisis — an increasingly prevalent birth defect in which a baby is born with some of its intestines outside the body. The folic acid intervention seemed to help reduce the proliferation of those defects, Shaw said.

Finally, it’s possible that some women may not benefit as much as others from folic acid because of their genetic makeup, Shaw noted.

Some experts have questioned whether the required levels of folic acid added to food are adequate, but the FDA isn’t likely to revisit the issue anytime soon, said Lynn Bailey, a well-known folate researcher at the University of Georgia who was not involved with the Stanford study.

Raising levels much higher could cause unintended health effects. Rather, Bailey suggested, public health experts need to target specific populations, such as Hispanic women, who remain at higher risk for neural tube defects.

“Neural tube defects continue to occur even among those taking vitamin supplements,” Shaw said. “We want to identify clues to try to help us understand better ways or additional ways to prevent these birth defects. Have we done everything that we could to prevent neural tube defects? Right now, I’d say there’s more to do.”