Consumers who buy their own health insurance will see the total amount they could pay out of pocket for medical care capped starting next year, but some will likely pay higher premiums as a result. 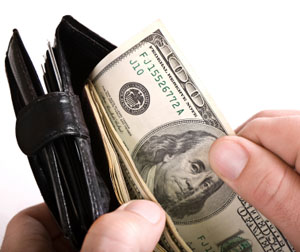 Starting next year, the law sets a limit of  about $6,300 in out-of-pocket costs –  about double that for family coverage. The law also requires insurers to count the annual deductible – the amount consumers pay before insurance kicks in – toward that maximum, something that the study found many plans do not do.

Currently, when deductibles are included, 36 percent of policies offered to individuals on the private market exceed that limit, according to a study by HealthPocket, a private firm that analyzed government data on more than 9,700 policies.

Average out-of-pocket costs were highest in Vermont, at just over $10,000, according to the study, and would have been higher except researchers excluded from the study’s calculations a $100,000 deductible policy sold there. Other states where the average out-of-pocket cost exceeded the health law’s limit were Washington, Oregon, Florida, Alabama and Arizona. The study did not calculate how many people hold such policies, nor did it weigh the results by enrollment.

“There are about 15 states – spread around the U.S. — with average out-of-pocket costs above the Affordable Care Act’s standard,” said Kev Coleman, the Sunnyvale, Calif.-based firm’s head of research and data.  People in those states “will have some of the biggest protections of the cap, while in a lot of other states it will be less relevant because their average limits are within or below the ACA standards.”

Existing policyholders may be able to keep their current plans that fail to meet the new limit, but new policies will have to meet the standard, which could result in higher premiums for consumers who currently purchase a plan with a high deductible or other cost-sharing that keeps their premiums lower.

The study comes amid considerable speculation over what coverage will cost under the law’s wide range of new standards.  Insurers are preparing the policies now for enrollment late this year and awaiting some rules from the federal government before filing their premium and coverage information with the states.

“Someone with a high deductible, catastrophic plan today will see a much larger increase in premium than someone who already has a comprehensive policy through an employer or a lower deductible plan on the individual market,” said AHIP spokesman Robert Zirkelbach. “We will move to a system with a minimum level of coverage that is much broader than people have today. People will have more comprehensive health coverage, but it will be more expensive.”

The study looked only at policies sold on the private market to individuals, who buy their own coverage because they don’t get it through their jobs. Consumers in the non-group market, as it is called, generally buy policies with higher deductibles and other costs than those offered to workers through job-based insurance.

In fact, only 2 percent of workers with job-based coverage had out-of-pocket maximums of more than $6,000 last year, according to an employer survey by the Kaiser Family Foundation (KHN is an editorially independent program of the foundation.)

While it has not done a recent survey, AHIP looked at out-of-pocket maximums among individual purchasers in 2009. That year, the average max for the most common type of health plan was $4,506.

In 2014, the federal law caps the maximum out of pocket cost, tying it to an amount equal to that allowed under health saving account-tied insurance, about $6,250 this year.

The health law’s cap on out-of-pocket costs is meant to shield consumers with medical problems from huge annual bills, policy analysts say. But it is also likely to raise premium costs.

“For people with considerable health care needs, it’s a huge benefit. But those young healthy people everyone wants to get in, it will be a big educational challenge in helping people understand that this coverage is important,” said Sabrina Corlette, research professor at Georgetown Health Policy Institute.