It’s a startling trend: Many women with cancer in one breast are choosing to have their healthy breast removed, too. 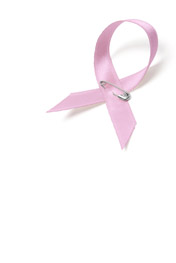 But a study being presented later this week says more than three-quarters of women who opt for double mastectomies are not getting any benefit because their risk of cancer developing in the healthy breast is no greater than in women without cancer.

Morrow is a co-author of a paper that will be presented at the American Society of Clinical Oncology’s Quality Care Symposium in San Diego.

Another co-author, Sarah Hawley, of the University of Michigan, says double mastectomy “does not make sense” for about three-quarters of the women who are choosing the operation “because having a non-affected breast removed will not reduce the risk of recurrence in the affected breast.”

The researchers looked at nearly 1,500 women who had been treated for early-stage breast cancer. Of those who chose mastectomy instead of lumpectomy, nearly 20 percent opted to have both breasts removed.

But of those who chose double mastectomy, three-quarters had no medical justification, Hawley tells NPR’s Shots blog.

In fact, many women had a diagnosis of ductal carcinoma in situ or DCIS, considered a so-called stage zero breast cancer — a type many say shouldn’t really be considered cancer at all.

The more radical operation makes medical sense, Hawley says, for fewer than 10 percent of women with early breast cancer. Those include the 1.5 percent who have a genetic mutation called BRCA-1 or BRCA-2 and another 8 percent who have a strong family history, which means two or more immediate relatives who’ve had breast or ovarian cancer.

Double mastectomy rates “have been inching up over the last decade,” Hawley says. There are no guidelines on who should be getting the operation.

When the researchers surveyed women about their choice of therapy, not surprisingly they found the main factor was fear that cancer would “spread” to the healthy breast — even though, Morrow says, “it’s a misunderstanding that cancer spreads from breast to breast.”

“One of the biggest fears when you get a cancer diagnosis is, if I go through this treatment, can I be done, can I go on and live my life and not have to worry about it coming back?” Hawley says.

“I have seen young women who leave the office having signed up for lumpectomy,” Morrow says, “and they call back the next day and say, ‘Well, I was on the Internet or I was talking to my friends and they said I’m a young mother, don’t I want to do everything I can to be there for my child? I think I want a double mastectomy.’ ”

But there’s a flaw in that approach. “Unfortunately, that’s just fuzzy reasoning.”

There’s another reason cited by many — the belief that a double mastectomy plus breast reconstruction will give a better, more symmetrical cosmetic result.

“We would have thought that concerns about body image would lead women away from double mastectomy,” Hawley says. “But it may be almost the inverse.”

Morrow says there’s no evidence that reconstruction after double mastectomy will lead to a better cosmetic result and there are other ways to achieve symmetry.

She says there’s growing concern among breast cancer specialists about the trend toward double mastectomy.

The evidence, Morrow says, is that the trend is driven by consumers — not surgeons. She finds that ironic.

“I’m old enough to remember the days when surgeons were considered to be horrible mutilators of women when they did one mastectomy, no less two,” Morrow says. It took years of pressure from the then-nascent patients’ rights movement, along with the evidence from controversial research studies, to establish breast-conserving lumpectomy as a valid alternative to mastectomy.

“The two operations really are equal — not just in survival but in the risk of cancer recurrence,” Morrow says. “That wasn’t true 30 years ago. We’ve gotten better at lumpectomy; we understand more about the biology of breast cancer.

“So at a time when we can decrease the intensity of surgical therapy,” she continues, “instead what we’re seeing is patients who want to be ‘safe’ choosing the bigger surgery, even though in fact it’s no safer for them.”

Next Showdown in Congress: Protecting Workers vs. Protecting Employers in the Pandemic