WEST PALM BEACH, Fla. – With almost one in five of its residents lacking health insurance, officials in Palm Beach County thought they had hit on a smart solution.

The county launched a program that offered subsidized coverage to residents who couldn’t afford private insurance, but made too much to qualify for Medicaid, the state-federal program for the poor. Enrollees would be able to buy policies for about $52 a month — far cheaper than what private insurers were offering.

But a year after the program began, fewer than 500 people had signed up – less than a third of the number expected. 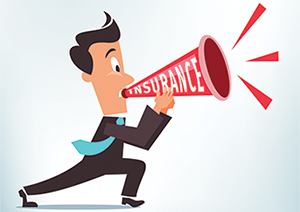 “The ‘if you build it, they will come’ philosophy doesn’t work in health care,” said Linda Quick, president of the South Florida Hospital and Health Care Association.

Quick and others worry similar problems could bedevil the new online health insurance marketplaces that open for enrollment Oct. 1 under the federal health law.  The marketplaces are the main way the health law expands coverage to as many as 27 million people starting next year.

Getting sufficient enrollment, especially from the young and healthy, is vital to holding down premium costs in those markets. The concern is that if all the sick people flood the exchanges and younger, healthier ones hang back, health care costs will spike, along with premiums.

Yet one of the biggest reasons for the anemic initial enrollment in the county program that began in 2006, called Vita Health, and similar programs is that many healthy people don’t believe they need insurance and are reluctant to spend even nominal amounts to purchase it, say organizers.

“A lot of people who are uninsured and can afford it, don’t buy it because they aren’t sick,” said Paul Gionfriddo, a consultant who formerly led an alliance in Palm Beach County to help the uninsured.

Veterans of  past efforts to enroll the uninsured say that outreach often takes far longer than might be expected and  it needs to happen not just through television and radio advertising, but through trusted individuals in the community.

Of course, the federal health law is different because most Americans will be required to have coverage under the law beginning Jan. 1.  But the initial penalty of either $95, or 1 percent of income, is likely to be too low to have much impact, most experts say. In 2015, the penalty rises to $395, or 2 percent of income.  And unlike Florida’s programs, the new marketplaces will also be open to anyone needing coverage, with those making under 400 percent of the federal poverty level, or about $90,000 for a family of four, eligible for subsidies.

But persuading millions of people to buy insurance, even those eligible for subsidies, is still expected to be a very tough sell. The Obama administration, which will run the marketplaces in at least 33 states has yet to release any details of its marketing campaign designed to let people know about new insurance options and how to enroll.

Meanwhile, polls show that few people who will be directly affected by the law understand its provisions,  including that they may be eligible for government subsidies to defray the cost.

“We have reason to be worried because six months before the start of open enrollment, most members of the general public have no idea how the marketplaces will affect them,” Gionfriddo said.

Kyle MacDonnell, a principal with marketing agency Pappas MacDonnell, which is promoting Connecticut’s soon-to-open marketplace, laughs when asked about the challenges. “Yes, we have to get out there and educate them and hope that people take advantage of the opportunity,” she said.

The key is to go beyond mass advertising to talk with people in their churches, workplaces and neighborhoods.

In Florida, another effort to reduce the uninsured, JaxCare, also suffered from low enrollment. JaxCare, which started in Jacksonville in 2004, was marketed as low-cost coverage for small employers. Employers could get low-income workers covered for $50 a month. But two years after it began, fewer than 500 people had signed up, or less than a third of those projected.  Jaxcare, which closed in 2008 when city funding ran out, finally did reach its goal of covering 1,500 people, but it took nearly four years.

Former JaxCare CEO Rhonda Poirier said one of the lessons was that many of the people they sought to reach knew little about coverage, so advertising on television didn’t resonate with them. “We found the outreach has to be much more personal, whether it’s through their business, church or other community organizations,” she said.

Another challenge was convincing insurance agents to get involved in selling the program to small employers. Agents were skeptical of the program because it didn’t have one of the major carriers behind it. Many exchanges under the federal law plan to work with insurance agents though details are still being worked out.

JaxCare also discovered some employers weren’t willing to provide coverage even at heavily discounted levels. “I remember one employer tell us he wasn’t interested unless we would give it away for free,” she said.

Meanwhile, Vita Health in Palm Beach County did boost enrollment over time, especially after the program expanded eligibility to cover everyone under 300 percent of the federal poverty level, or nearly $35,000 for an individual, who did not have coverage for at least six months.  An estimated 250,000 people are uninsured out of about 1.3 million county residents.

Today, seven years after the program began, about 11,000 people are enrolled (although the program ends at the end of this year when the health law is implemented).

Tom Cleare,  chief program officer for the Palm Beach County Health Care District, said Vita Health’s monthly premiums were  based partly on what focus groups said people would pay for coverage. But price was only one issue that kept people from signing up.   The bigger problem was convincing people they needed coverage.

The program took many approaches to doing that — advertising on buses, putting pamphlets at pharmacies, sending representatives to attend health fairs and enlisting business leaders.

Cleare predicts those same issues will play out in the exchanges.

“I think it will be very challenging for the marketplaces to get the word out to people who need it,” he said.  “People do not think about health coverage until they are sick. It will be a slow ramp up.”

Why Uninsured Might Not Flock To Health Law’s Marketplaces