Even as officials are pushing for more supermarkets to open in produce-starved neighborhoods, a recent study suggests that they might not make the drive-thru line any shorter at fast food restaurants. 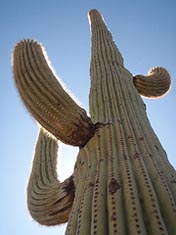 The study shows that low-income residents are far more dependent on fast food restaurants than grocery stores and supermarkets  — even if healthier food options are close by. Food deserts — areas with little to no access to healthy food — now make up 10 percent of the U.S., according to the U.S. Department of Agriculture, and most are in urban areas. Health experts have long worried that people in these areas depend too heavily on fast food restaurants, which they say can lead to childhood obesity and other health problems.

In May, the USDA released a Food Desert Locator, an interactive map showing the spread of unhealthy neighborhoods.

In hopes of curbing fast food dependency and childhood obesity and in promoting healthy eating, states such as New York are offering tax-breaks and other incentives to supermarkets to build new stores in major food desert areas. This initiative stems from first lady Michelle Obama’s Let’s Move campaign. The White House also pushed for the Healthy Food Financing Initiative, a collaboration between the USDA and Health and Human Services to get more farmers’ markets, grocery stores and supermarkets to areas without many fresh food outlets.

But according to the study published Monday in the Archives of Internal Medicine, “adding neighborhood supermarkets may have little benefit to diet quality across the income spectrum.” The researchers found that access to a grocery store did not affect residents fruit and vegetable consumption or the overall quality of their diet. The researchers suggest subsidizing the cost of healthy foods and reducing the number of fast food chain restaurants.